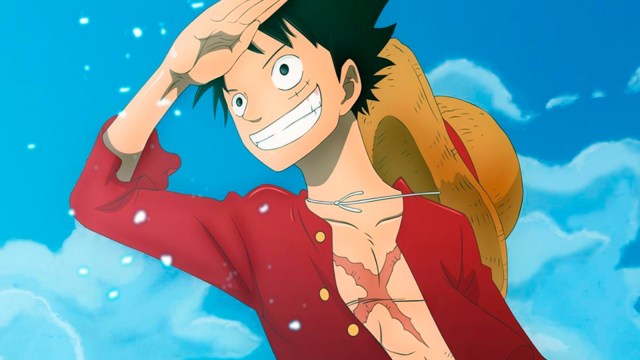 Shounen anime is often characterized by a charismatic-yet-troublesome protagonist who always seems to get the long end of the stick and evades death. In One Piece, this character is Luffy, the optimistic and caring pirate who’s always ready to protect those around him.

In true shounen fashion, Luffy always gets back up when beat down, and there are several cases where he came face to face with death and emerged victorious. Whether due to the sacrifice of others, or sheer luck, Luffy has managed to escape some treacherous foes and situations.

Here are 10 times viewers were worried that Luffy would meet his demise in One Piece.

10. Kizaru and Sentomaru versus The Straw Hats

In episode 405, Luffy and his crew go up against the first opponents they can only hope to defeat. Luffy eventually runs away, only to get caught by Sentomaru, but Kuma steps in and sends each of the straw hats to different locations across the world. Considering they were up against an admiral and an experienced Haki user Sentomaru, they had no chance of survival and were about to be killed if not for Kuma’s speedy intervention.

In episode 38, Luffy and the straw hats are going toe to toe with the Fish-Men in Arlong Park. Arlong catches Luffy whose leg is stuck to a rock, and throws him into the lake. It’s already an established fact that due to his devil fruit power, Luffy cannot swim, but by pure luck, the villagers are nearby, and he is saved from his impending death.

In episode 52, Buggy had suddenly caught Luffy, bound him to sea stone shackles, and had him ready to be executed. However, in another convenient stroke of One Piece’s luck, a mysterious lightning strike frees him and incapacitates Buggy.

In episode 947, a poison called “Mummy” is used by the guards on the prisoners during the jailbreak at Udon. The poison spreads through physical contact, causing the infected to take on zombie-like personalities while their body gets dissolved. In order to curb the spread of the virus, Luffy fought the infected and kept them at bay long enough for Chopper to create an antivirus. Without Chopper the whole prison, including Luffy, would be dead.

In episode 784, the straw hats arrived at Wano, and Luffy was hungry, leading him to eat the skin of an armored fish. Unfortunately for the protagonist, it turns out the skin of the fish is extremely poisonous. Luffy, his body immune to poison, fell ill and almost died. It turns out even his mighty antibodies fell subject to the deadly poison.

It took the saving grace of Reiju, Sanji’s sister, to save the day. She showed up and drank the poison away thanks to her body modifications. If they didn’t run into her, Luffy might not have made it, especially since even Chopper could not save him.

5. Crocodile left Luffy bleeding out in the desert.

In episode 110, Luffy fights Sir Crocodile in the Alabaster desert and loses. He was stabbed and left bleeding out until Nico Robin saves him and tends to his wounds. Even though he makes a full recovery, fans of the anime were sure that might have been his end.

4. Akainu’s assault at the paramount war

In episode 483, Akainu is outsmarted as the Whitebeard Pirates are fleeing with Luffy and the recently freed Ace. While Akainu deals treacherously with Ace, Luffy follows and joins the attack, also proving unable to defeat him. As Akainu is about to finish Luffy off, Ace dives in his way, protecting Luffy but ultimately ending his own life. If not for Ace’s timely sacrifice, Luffy would be no more.

In episode 485, Ace has just been killed, and Akainu is launching an attack on Luffy’s motionless body. Jinbei dives in the way and protects Luffy, who is still in shock. Jinbei then carries Luffy away from the impending danger with the help of the members of the Whitebeard pirates, once again keeping the protagonist from death.

In episode 228 of One Piece, Aokiji ran into the straw hats and attempted to arrest Nico Robin. He was attacked by a trio of Luffy, Zoro, and Sanji at once, but Nico simply freezes their body parts, rendering them motionless.  If Aokiji wanted to kill them, it wouldn’t have cost him too much strength, either, especially as no one strong enough to save them was available at that moment.

1. Magellan’s poison at Impel Down

In episode 435, Luffy was on his way to save Ace but had to face the warden at Impel Down where Ace was being held. Magellan’s poisons are so strong that they can infect even stones. Surely enough, Luffy couldn’t attack without getting poisoned, so he was heavily wounded. He was close to death when Ivankov injected healing hormones into his body.