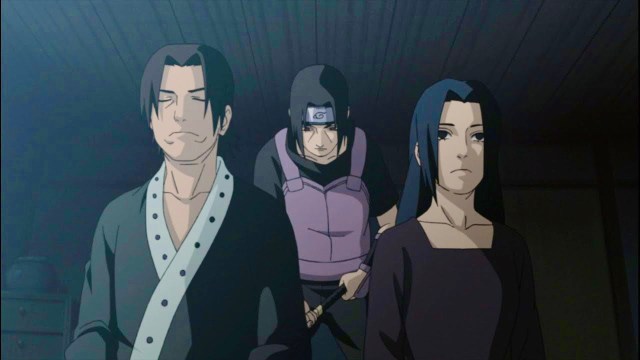 Naruto is one of the most successful anime franchises in history. Fans were treated to intriguing and complex plots, enchanting action scenes, and engaging character development. One of the major settings in the series is the Hidden Leaf Village, which functions as many governments do with a fair share of leaders managing a host of villagers or citizens.

There are many events that gave the anime some of its most interesting subplots, but looking back as a fan or viewer, many of the mistakes made by the leaders were very avoidable. There’re no regrets though, as these errors led to some major scenes, but it’s hard not to overlook all the disaster that occurred as a result.

Here are seven huge mistakes made by the leaders of Naruto’s Hidden Leaf village.

The Uchiha are one of the major founding clans of the Hidden Leaf Village and were one the strongest clans along with the Senju. The clan acted as the police force of the village at a time, and is home to some of the strongest ninjas in existence. They were treated rather harshly by Danzo and Hiruzen due to fear of a revolt, and were eventually killed off by their own members, Itachi and Obito Uchiha. While revolt may not have been stoppable, and might have always occurred, the chances would be much slimmer or nonexistent if they were given just a little bit more respect and acknowledgement by the Hidden Leaf higher ups.

After the attack on the village, and on the day of Naruto Uzumaki’s birth, Minato, the Fourth Hokage, and his wife Kushina sealed the spirit of the nine-tailed fox into their son. Hiruzen, the Third Hokage at the time, decided not to inform the majority of the village about Naruto’s true identity and heritage, and this led to Naruto being neglected by the village for large portions of his childhood. He wouldn’t have been as despised if the village simply knew.

Hashirama’s refusal to finish off Madara at Final Valley

The rivalry between Hashirama and Madara reached a breaking point after the formation of the Hidden Leaf, and while the latter wanted to rule with an iron fist and subdue the other villages, Hashirama wanted to allow all villages to be able to defend themselves with their own assigned tailed beast. The pair eventually clashed physically, and Hashirama eventually came out victorious, but he couldn’t summon up the strength to kill his friend. Madara did die, but it was due to old age, and during his lifetime, he ended up playing a major part in Obito’s hatred of the Hidden Leaf. However, if Hashirama did finish off his friend, Naruto would have been a much shorter series and some of the most thrilling plots and action sequences would not have occured.

Hiruzen was the Third Hokage, and in his prime, he was considered a master of multiple skill techniques in the entire Hidden Leaf village. Danzo was one of his advisers and the leader of the ANBU who became responsible for sending Sasuke down the treacherous path he went. Danzo not only ordered the attack on the Uchiha, he killed Shisui and was involved with Orochimaru in scientific experiments. Hiruzen had a chance to stop all of this and did not.

With Tsunade out of commission after healing the village during the attack from Pain and Konan, Danzo made his move to become the Sixth Hokage and was in attendance for the Five Kage Summit. If not for Sasuke killing him, which stopped his discriminating brutality towards the villagers, we would have continued to witness one of the worst dictators in anime history.

Tsunade keeping Naruto out of the Fourth Great War

Tsunade is one the best Kage in the ninja world and a rare blunder from her was keeping Naruto on the sidelines during the biggest war ever seen in the Ninja World. Naruto used this time to perfect his Kyuubi Chakra mode but seeing how quickly he changed battles with nothing other than his shadow clones, it is safe to say the allied forces won’t have had as many losses with him on the battlefield from the beginning.

Kakashi is another great leader in Naruto and is also one of the smartest and wisest people in the entire series. However, he allowed Sasuke to leave the village and pursue revenge when he could have ordered him to stay back, or at least, followed him more closely. Kakashi left his student to wander around and eventually become a highly dangerous wandering ninja who later denounced his village.