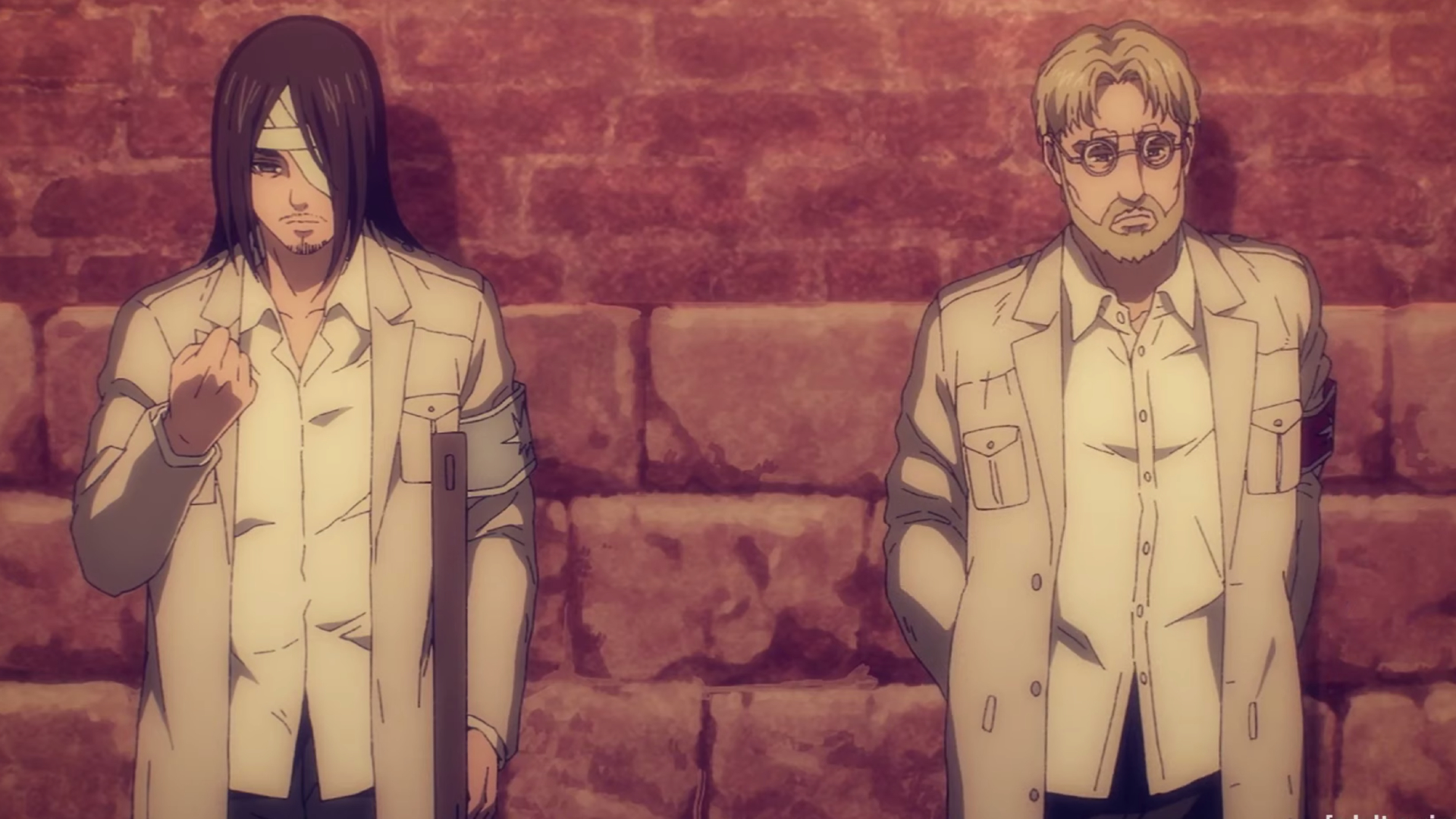 The final season of Attack on Titan has been utterly bonkers so far, and fans of the anime still have months to wait for the show’s official conclusion.

Warning: This article contains massive spoilers for every season of Attack on Titan. Proceed with caution.

Attack on Titan‘s final arc is set to air in 2023, polishing off three seasons of brutal story in what fans hope is a satisfying manner. As the story inches closer to its conclusion, its storylines have become even more tangled and complex, particularly following the introduction of the Beast Titan in season two. The Beast Titan, a larger, furred Titan with long spindly arms that resemble an orangutan’s, was shown as uniquely powerful and intelligent and utterly devastated the Eldian soldiers when it faced off against them.

As with all Titans, there is a person behind all that fur and towering strength. That person is named Zeke, who has a complicated and somewhat convoluted backstory that is slowly revealed in the latter half of season two and season three. It turns out the character and Eren Jaeger, Attack on Titan’s protagonist, have some connections in their backgrounds, and fans have questions.

Zeke is an Eldian soldier fighting for Marley, one who is largely revered by his fellow Marleyans. He is also the wielder of the Beast Titan, an extremely capable Titan that takes on different shapes depending on who holds it. In Zeke’s possession, the Titan takes on a monkey-ish appearance, sporting long, dexterous arms, an almost fully-furred body, and a range of terrifying abilities.

As the Beast Titan, Zeke wields daunting power. He uses his long, powerful limbs to crush and throw massive boulders at the charging Eldian cavalry, decimating their forces with the strength of his throw. The small rocks — still large enough to take a man’s head off — are thrown at terrifying speeds and essentially serve as ceaseless gunfire on the charging forces.

On top of his size, strength, and devastating pitching assault, Zeke’s Beast Titan can also use his spinal fluid, paired with a unique, ear-splitting scream, to transform regular Eldians into Titans. This power is displayed at several points through season two and the first two parts of season three, as more and more Eldians from outlying territories are dosed with Zeke’s fluids and transformed into mindless slaves.

Titans transformed by Zeke’s power are additionally dangerous in that they can be controlled by Zeke himself. He even displays the ability to wield these massive weapons at night — a time during which they are typically docile — once again changing the playing field for our Eldian heroes. Zeke’s heightened abilities are, in large part, due to his royal blood. The ability to create new Titans, in particular, is not a common one, and only comes about due to Zeke’s unique heritage.

Are Zeke and Eren brothers?

They don’t share many traits in common, but Zeke and Eren are, in fact, related. The two are half-siblings, sharing blood via their father, Grisha Jaeger.

Eren’s father, who we know very little about at the outset of the series, once lived beyond the Eldian walls in a Liberio internment camp. He eventually fell in love with and married a lovely Eldian woman, Dina Fritz, who — like him — joined the fight for Eldian restoration. The two eventually married and welcomed a child, Zeke Jaeger, into the world.

The young Zeke was raised outside the massive walls Attack on Titan fans have come to know so well and didn’t share many of the ideals his parents believed in. Despite his status as a child of royal blood, Zeke feels little compassion for his fellow Eldians and largely believes that his people deserve the punishments laid upon them by Marley. It is Zeke who sends his parents to their supposed demise in Paradis, after he turns them in to Marleyan forces, resulting in his mother’s transformation into a Titan and his father’s inheritance of the Attack Titan.

Grisha didn’t die on the wall outside of Paradis, instead transforming into the Attack Titan and, eventually, making his way to the inner walls. Among the citizens of the enclosed city, he met Eren’s mother, Carla, and fell in love. Their union created Eren, the boy destined to change the face of both Marley and Paradis forever.

Zeke’s royal blood is the culprit behind his ability to transform Titans with his spinal fluid and scream and may also contribute to his overall abilities as the Beast Titan. He spent most of his life entirely unaware that he had a brother, but eventually discovers Eren’s existence and seeks to find and steal his brother away from his prison on Paradis Island. This leads to much of the conflict in season two, as do Zeke’s many attempts to end the Eldian race for good. He is clever, capable, manipulative, and wields an incredible amount of power ⏤ but so does his brother.

While Eren isn’t nearly as wiley as his older half-brother, he is incredibly capable in a fight. While his stance on the war has been wavering of late, Eren continues to represent the biggest threat to Zeke and his goal of wiping out the Eldian race for good.