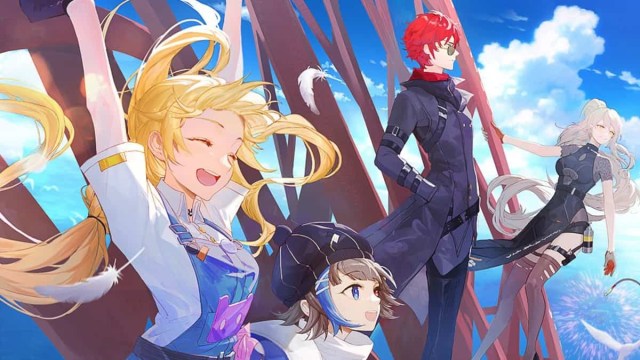 Tower of Fantasy allows its players to customize their main characters to their liking. Some players have decided to test the limits of the game’s character creation to see if they can recreate popular figures from anime into the game. While the game is somewhat limited in what can be done, some players were able to think outside the box as they recreated their favorite characters from their favorite shows.

Anime characters in shonen shows were known to be super powerful. They have skills beyond any ordinary human and are mostly tasked to save the world. What if these characters were suddenly dragged from their world and transported to Planet Astra. Would they survive this brand new world?

Here are the top 10 best anime character presets in Tower of Fantasy.

Let’s start with everyone’s favorite shinobi, Naruto Uzumaki. Considering the number of places you have to climb, glide, and dash around, maybe playing as a ninja could be a good way to get into the intense parkour and gameplay. Also, this shinobi can help Hykros as an executor while they venture around retrieving simulacrum memories and stopping the Heirs of Aida’s nefarious plans.

Who wouldn’t want to play as Hinata Hyuga? She’s next in line as the leader of the Hyuga Clan, which is perfect considering that the Astra Shelter needs new leadership when Zeke fled to save Shirli. Also, she has the byakugan ability, which makes her an excellent tracker. Perfect if you’re entering a new world and need to hunt down enemies.

For the guys who still want to play as dudes but want the ‘pity points’ that female players have, feel free to play as Naruto when he uses the Sexy Technique. Yes, it’s weird that this is an actual ability showcased in the anime. If you want to get in touch with your inner feminity, however, amd still want to be considered a ‘male’, then Naruto is for you.

Just like the main character of Tower of Fantasy, Tanjiro is also a skilled sword user. This hero has fought many powerful demons, so surely he can venture through the Astra and Bagnes region filled with Aberrants and Heirs of Aida members. He also has elemental powers which can be a very useful tool for surviving this world.

Despite being a demon, Nezuko still wants to protect humanity from harm. Just like her brother, she too has supernatural powers that can make her blood explode, as well as regenerate whenever she’s hurt. While her inhuman appearance might scare the people in the Astra Shelter, Nezuko can prove that she’s different from the others, possibly providing hope to those who may be afraid to leave the only safe haven in the game.

Virtual pop singer Hatsune Miku has appeared in other franchises such as Pusheen, Magic The Gathering, and, for some reason, My Little Pony. If she also winds up in an official collab with Tower of Fantasy, it would have come to no surprise. Also, she’s a virtual robot, not human. Robots exists in this game, mostly as servants, so why not include one that can entertain others?

Yor Forger, also known as the Thorn Princess, is a very skilled assassin in Spy x Family, and those skills will be useful, especially when you enter a new world filled with dangerous foes and monsters. If Yor can sedate a cow in a rampage she could possibly beat the robots, Aberrants, and other dangerous creatures. Yor would be an excellent Executor for Hykros.

Senku Ishigami is one of the smartest people in Dr. Stone. If he can revive humanity after the Petrification event, maybe he can do the same and cure whatever it is that causes humans to mutate when their suppressors break. After all, Planet Aida needs more geniuses, especially if there are people desperate for a cure for their mutations.

Tower of Fantasy has introduced guns to the gacha genre. So why not play as one of Gun Gale Online’s best snipers, Asada Shino (aka Sinon)? Even her outfit in the anime can somewhat be replicated in the game, making her a strong character who could possibly survive this new world.

Feel free to slash your way into a brand new virtual world with your trusty weapon as the king of modern-day isekai himself, Kirigaya Kazuto (aka Kirito) from Sword Art Online. He’s quite a fitting character in this MMO RGP game. If he can survive Ainclad, Alfheim, Gun Gale, and The Underworld, surely he can survive Planet Aida’s challenges from mutated people to deadly beats.

Tower of Fantasy allows players to play their characters in any look they’d like. By using the presets, simulacrum, or recreating anime characters in the character creation, the player has the freedom to explore the world in the appearance they’d choose to use.

Tower of Fantasy is now available on PC, iPhone, and Android devices.