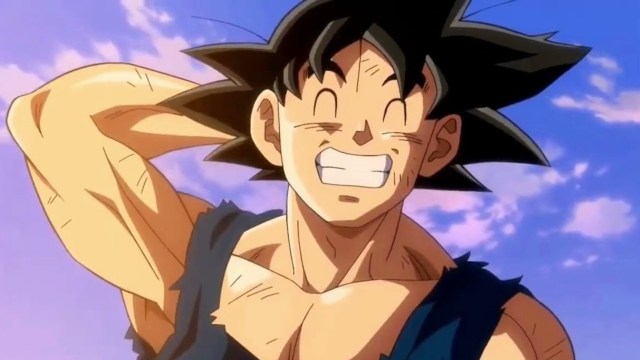 As the most common natural hair color in Japan, it’s no wonder the color black is the preferred hair color option for several anime characters. While anime is known for its exciting hair color experimentation and versatility, some of the most iconic protagonists and supporting characters have black hair, albeit in different cool styles.

Here are the best anime characters with black hair, ranked.

Finding a “Jojo” character to call your favorite is often a daunting task for many fans, but Jotaru Kujo is often ranked higher up than many of the characters in this flamboyant masterpiece of an anime. Jotaro is the most recurring protagonist in the entire series, having appeared from parts three till six. His character development from quiet delinquent to loyal hero is brilliantly written, and he has some of the most thrilling fights in the series, particularly with long-running antagonist Dio.

All the events in Bleach may not have occurred the way they did if it wasn’t for the supporting protagonist and heroine, Rukia Kuchiki. She’s a fearless warrior with some serious high walls, but every now and then, fans are let into the complex heart of this warrior. She is a graceful, quiet, and introverted character who ends up becoming one of Ichigo’s most trusted allies throughout the original series’ run.

Tough, stubborn, and handpicked by destiny, YuYu Hakusho’s protagonist is 14-year old Yusuke Urameshi who, after a rescue attempt gone wrong, dies, and is revived as a spirit detective. Although regarded as one of the classic shounen anime of the ’90s, YuYu Hakusho is yet to achieve longevity in fame like its counterparts. However, the series has always been on the receiving end of much praise for its character development, and an impressive cast of supporting characters. Yusuke’s a hard-headed delinquent, but is always ready to carry some serious life-saving responsibilities on his shoulders, and is fully devoted to his comrades.

Fearless, ruthless, and often criticized for being loyal to a fault, Mikasa Ackerman is the most famous woman in all of Attack on Titan, and heralded as one of anime’s most powerful female leads. Mikasa is second only to her blood relative Levi Ackerman in terms of skills, but her pure heart of gold makes her a character worth rooting for all the way. Unfortunately that heart also means she has to make some very tough decisions, but as a heroine, there’s hardly a foe that can compete with her.

The quintessential anime lead, Ash has become the fictional role model and inspiration for many young kids since the ’90s who followed him through their screens as he attempted to catch all the Pokémon. He’s instantly recognizable, and often moves around with the equally-famous Pikachu by his side. Ash is determined, loyal, and kind, and while he has some annoying tendencies befitting a young boy, he’s always focused on achieving his dreams.

Short but stealthy, Levi Ackerman is cold, stoic, and incredibly ruthless. Rising through the ranks to become the most-loved character in the critically-acclaimed Attack on Titan, Levi might not have a ton of character development like the protagonist-turned-villain Eren Jaeger, but he makes up for that with his sheer thirst for Titan blood. He’s almost invincible due to his Ackerman heritage, and he can take on dozens of men at once, but he’s also a mighty leader, and a bit of a neat freak. He’s well-rounded and calm despite the terrible situation he and the other soldiers are in, but he remains the most dedicated, fiercest, and strongest character in the entire anime.

As the secondary character in Naruto, Sasuke Uchiha always seemed relegated to Naruto’s sidekick, but this polarizing character was so much more. A hero, villain, and antihero throughout the entire series’ run, Sasuke was often misunderstood, but there comes a point in the series where it essentially becomes the “Sasuke” show and his character is given tons of room for development. He’s had it rough all his life, and that garners sympathy from fans, but it’s widely regarded that his long-running villainous era was expertly written and carried out, both in the manga and anime.

While Goku is considered the classic shounen hero, Vegeta is sort of a mixed bag. With some of the most exciting and intense character development, this royal warrior is the Prince of all Saiyans, and for a long time, he didn’t let us forget it. Kicking off the story as a proud, fierce, and stubborn antagonist, Vegeta grew to become one of the most likeable antiheroes in anime history before settling down to become a loving family man. He’s still got his ticks, and he’s forever shadowed by the more powerful Son Goku, but Vegeta has ultimately become good, and is one of the most recognized anime characters ever created.

It’s a running gag that if you’re interested in starting this anime, you’re already too late. One Piece is the best-selling manga of all time, and with over 700 episodes and counting to watch in the anime, you’re in for a long, long ride. Leading this iconic franchise is the happy-go-lucky pirate Monkey D. Luffy. For over 20 years, fans have followed the devoted captain and his friends and crew mates as they search far and wide for the titular treasure and become the king of the pirates. Luffy is friendly, funny, and loyal, but none of that takes away from the fact that he’s a formidable fighter with immense battle skills.

As the pioneer shounen protagonist, and the major influence behind even some of the characters on this list, Son Goku is arguably the most iconic anime creation of all time. He’s the backbone for the long-running Dragon Ball series which has spawned countless sequels, spin-offs, video games, theme park rides, and tons of selling merchandise. The protector of the planet Earth, and sometimes even other planets, Goku is the ideal hero — he’s very powerful, charming, funny, kind, and a great warrior. Whether or not he’s a great father, husband, and friend is often up for debate, but Goku’s motives are never questioned by the fans. He’s considered the epitome of good, and his influence stretches back decades.