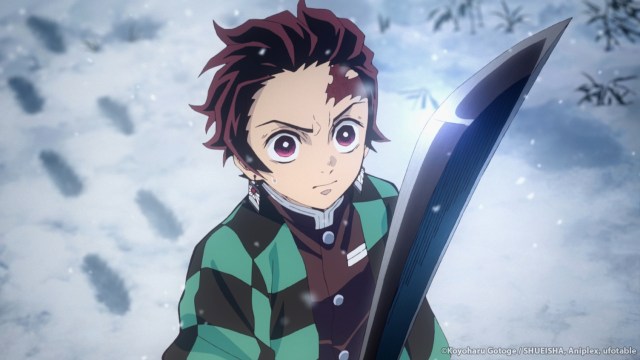 Set in semi-modern Tokyo, Demon Slayer is a dark fantasy anime that follows the journey of Tanjiro Kamado and his friends as they work to exterminate demons. After Tanjiro’s family is killed by a demon and his little sister Nezuko is turned into a demon, he joins the Demon Slayer Corps on a revenge mission to find a cure to turn Nezuko back to normal. While fulfilling missions, he meets two skilled demon slayers, Inosuke Hashibira and Zenitsu Agatsuma, and they become friends.

Demon Slayer has proven to be one of the most popular anime of the 2020s, and its sequel film is the highest-grossing Japanese film of all time. A third season has been announced, and fans continue to count the days until its release.

For some more stories featuring interactions between humans and demons, as well as awesome friendships, and light comedic moments, here are 10 anime similar to Demon Slayer to add to your watch list!

Following an incident involving a high school occult club and a cursed finger, Itadori Yuji, a member of said club becomes a target for other demons. In an attempt to defeat some curses and save his friends, Itadori eats the cursed finger and becomes a host to Ryomen Sukuna, a very powerful curse known as the King of Curses. Itadori meets Megumi, a student at the Tokyo Prefectural Jujutsu High School, and Gojo Satoru, Megumi’s teacher, who recruit him to help find Sukuna’s remaining fingers before the other curses use them to revive Sukuna.

Rin Okumura and his twin brother, Yukio, grow up in a church. Rin, unlike Yukio, seems to attract all sorts of bad luck and misfortune. One day, he finds out that he and Yukio are the sons of Satan and that he had inherited the powers of their true father. Satan kills their surrogate father in hopes of bringing Rin back to the demon world and overtaking the human world, but Rin and Yukio both enroll in True Cross Academy, a school for exorcists. Rin swears to use his powers against Satan and the demons invading the human world.

Yato is the former god of calamity who has fallen from grace. Now a stray delivery god, Yato seeks widespread popularity and will do anything, even odd jobs, to get a shrine dedicated in his honor. He meets a young middle school girl named Hiyori Iki and saves her from a car accident, leaving her soul constantly falling out of her body. The two strike a deal: Yato will help Hiyori get back to normal, and Hiyori will help him find a Regalia, a god-named weapon made from a spirit.

In a world set in the 19th century where Akuma (demons) exist, the organization of exorcists, called the Black Order, is created to eliminate them. Young Allen Walker, cursed with an eye that can see the suffering of demons, travels to England and joins the Black Order. To stop the Millennium Earl who creates Akumas and the Noah Family who have taken the Earl’s side, Allen needs to find Innocence, a weapon used for exorcising. He teams up with other exorcists and travels the world while fighting Akuma.

Hyakkimaru was born without a face or any limbs due to a curse placed on him by demons. His father had made a deal with some demons for wealth, fame, and prosperity, but when Hyakkimaru was born, his father ordered for him to be killed. Set adrift on a river by a kind maid, Hyakkimaru is saved by a medicine man who gives him a wooden face and limbs. When Hyakkimaru becomes older, he sets off to find the demons his father made a pact with and eliminate them to get his body parts back. He meets the orphan named Dororo on the way and the two journey together.

The story is set in a world where a strange phenomenon randomly causes spontaneous human combustion. These people are turned into Infernals, mindless misshapen fire monsters and a special fire brigade called the Fire Force was created to put them down. Shinra Kusakabe is part of the new generation of Infernals that can retain their human form and use special fire abilities. Twelve years ago, Shinra lost his entire family in a fire but he begins to suspect that the fire was not an accident after all. He joins the Special Fire Force Company 8 and tries to uncover the truth, all while fighting against a new group that creates Infernals.

Kurosaki Ichigo is a high schooler with the ability to see spirits from the afterlife. One day, Ichigo and his two sisters are saved from the attack of a tormented spirit called a Hollow. Their savior, Rukia Kuchiki, is a Shinigami tasked with purifying Hollows and finding good spirits to send to Soul Society or the afterlife. While fighting the Hollow, Rukia sustained an injury and is forced to transfer her powers to Ichigo so he can help her complete her mission. Now Ichigo has to use his newly obtained powers to keep the balance between the living and the dead.

In this fictional universe, there are special humans called Hunters who travel the world while capturing rare animal species, exploring unmanned territories, and treasure hunting. Gon Freecss is a young boy who lives with his aunt on Whale Island. He discovers that his father, who had left when he was a baby, is a world-famous Hunter, so Gon decides to participate in the Hunter exams in the hopes of becoming a Hunter and finding his father. During the exams, he meets Killua Zoldyck, Leorio, and Kurapika, and the group travels the world together as Hunters.

In an isolated orphanage called Grace Field House, several young children live happily together with their caretaker, whom they all affectionately refer to as “Mama.” Once the children turn 12, they are adopted by a family. One day, two of Grace Field House’s most intelligent children, Emma and Norman, venture outside the orphanage and discover a terrifying secret that puts all their lives in danger. Now they must find a way to help everyone escape the orphanage without Mama finding out.

The story is set in a world where humanoid shapeshifters called Yoma eat humans. Yoma are strong and cannot be killed by ordinary people. An anonymous group called The Organization created Claymore, a union of powerful female warriors who are strong enough to kill Yoma. The story follows a Claymore named Clare, who saves a young boy, Raki, from a Yoma. To show his gratitude, Raki decides to travel with Clare and help her in her journeys.