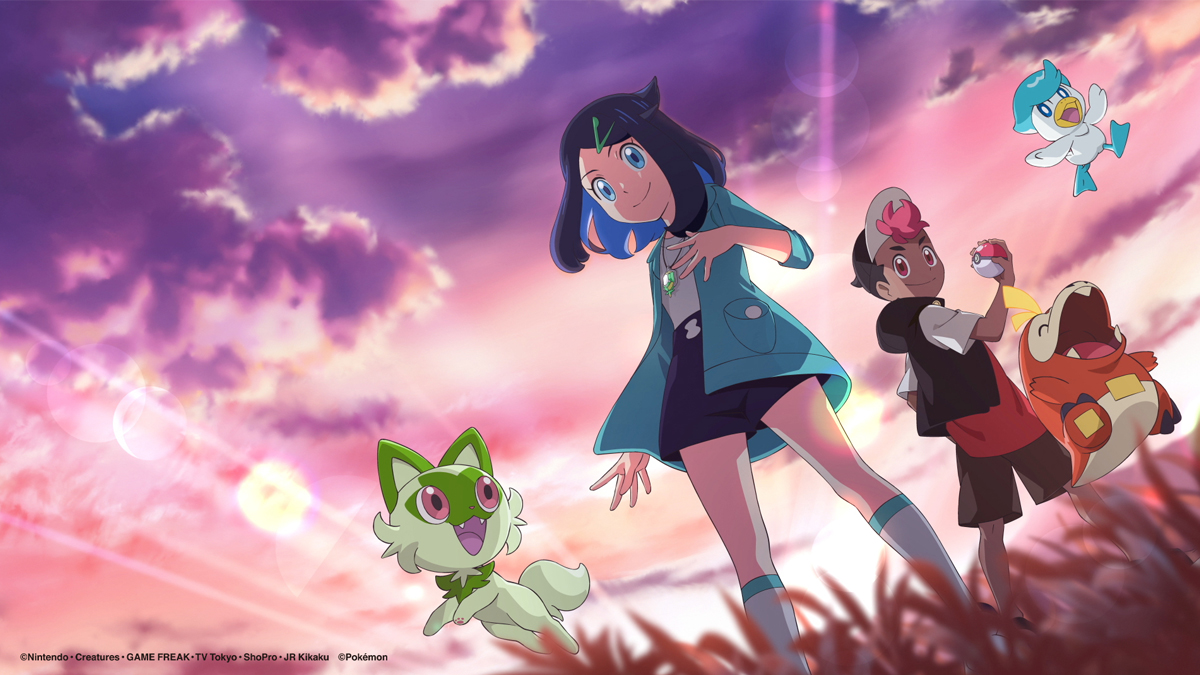 Image via The Pokémon Company/Nintendo

The magical world of Pokémon premiered on April 1, 1997, introducing people to pocket monsters for the first time. While Pokémon games were introduced the year prior, it was the anime that really allowed the likes of Pikachu, Gengar and even Team Rocket to become a pop-culture phenomenon. The anime allowed people to watch 10-year-old Ash Ketchum set off on the adventure of a lifetime, journey to strange lands, face insurmountable danger and take one step closer to fulfilling his dream of becoming a Pokémon master.

After 25 years — and countless jokes about the boy who never ages — his dream was finally realized in November 2022, with fans rejoicing after two decades of watching Ash’s journey. Shortly thereafter, The Pokémon Company announced a new animated series — which will follow the adventures of dual protagonists Liko and Roy — would be premiering in 2023. It truly is the end of an era as the boy from Pallet Town, who saved the world countless times, will no longer be on our screens.

Since the announcement, there hasn’t been anything more about the characters revealed, but that doesn’t stop fans from speculating about the characters. One of the top discussions on Reddit about the new characters is whether or not Liko is Ash’s daughter, as fans have been quick to assume The Pokémon Company would want to keep things in the family. Of course, that brings up the question of, “If Ash is the father, then who is the mother?” Shippers have their guesses, providing enough “proof” to make anyone wonder.

Evidence that Liko is Ash’s daughter

The character of Ash went through many design changes throughout the show’s run, but his very first design still remains the character’s most iconic look. His signature red and white baseball cap with a green emblem on the front. In the teaser trailer for the new series, Liko is seen wearing a pin in her hair that matches the symbol from Ash’s original hat. The symbol just stands for league, as in Pokémon League, but fans are speculating it is a way to show that Ash and Liko are related.

If she is Ash’s daughter, who is the mother?

Over Ash and Pikachu’s 25-year journey, Ash has had 17 companions, 11 of which have been female. Those numbers exclude any temporary companions he may have had for a movie or a single episode. Of those 11, there have been hints of a romance brewing between a few of the young ladies.

The first girl to win Ash’s heart had to be Misty, his first companion and friend on his journey. The feisty redhead always kept Ash on his toes and thoughts of Misty are always on his mind throughout his journey. While Ash and Misty are a popular ship among fans, her beautiful green eyes and orange hair most likely exclude her as the mother. Due to her and Ash’s close friendship, Reddit fans remain hopeful of their union.

Dawn traveled with Ash and Brock in the Sinnoh Region and quickly became a fan favorite character. She is a carefree girl with dreams of becoming a Pokémon coordinator. Dawn’s earlier version looked similar to Liko’s style, with blue hair and eyes, but the creators changed Dawn’s look later to have steel grey hair and eyes.

Besides Misty, the most popular ship for Ash is Serena, the girl who fell in love with the boy from Pallet Town when she was still a small child. After Ash helped her, Serena found him years later to thank him for his kindness. Serena has blond hair and bright blue eyes and happens to be the only one of his companions to kiss him on the lips. Serena’s face does resemble Liko’s more than the other two contenders, but there’s not too much concrete evidence.

If — and that’s a big IF — Liko happens to be the daughter of Ash, there’s a very real possibility the fan base may never even find out the identity of the mother. In fact, although Ash’s mom Delia makes frequent appearances in the series, his father has remained a mystery for 25 years. Like its predecessor, the new anime may just leave the audience guessing for another 25 years.