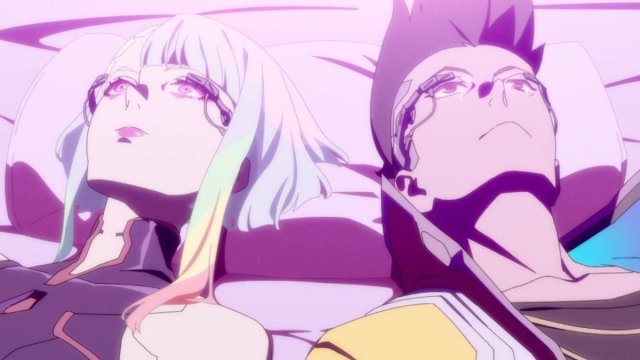 Cyberpunk: Edgerunners is here and while you binge through the complete season of 10 episodes released by Netflix you’re probably going to hear a character and wonder, who is that?

Well to answer these questions we’ve broken down the main cast of the show and detailed a few places that you may recognize them from. Of course, many of the stars that appear in Cyberpunk: Edgerunners are anime veterans, but others are newer.

Whether you’re a simple anime fan, pop culture lover, or a gamer, there is a variety of places where you’ve probably heard some of these characters before. Check out some of these below.

The main character of the show David Martinez is voiced by Zach Aguilar in the show’s English dub. You may recognize his voice from other pop culture editions including the leading role of Tanjiro Kamado in Demon Slayer, Dragon Ball Super: Super Hero where he voices Dr. Hero, and many more video game appearances.

Who voices Lucy in Cyberpunk: Edgerunners?

Voicing Lucy is actress Emi Lo who has also appeared in Demon Slayer and a variety of other anime series. In Demon Slayer she voices Suma and other shows that she has appeared in include Talentless Nana, Black Clover, and the movie My Hero Academia: World Heroes’ Mission.

Who voices Faraday in Cyberpunk: Edgerunners?

Faraday might be voiced by the most well-known name in the cast, Giancarlo Esposito. There are plenty of places where fans will recognize this voice from including Breaking Bad, The Mandalorian, The Boys, and a lot more. You can check out a full list of the different places you may have heard the star via IMDb.

Who voices Maine in Cyberpunk: Edgerunners?

William Christopher Stephens voices the character of Maine in Cyberpunk: Edgerunners. The star has had plenty of appearances in anime and gaming over the years, some of which include Vinland Saga, Mortal Kombat, World of Warcraft, and more.

Who voices Dorio in Cyberpunk: Edgerunners?

The voice talent behind Dorio is Marie Westbrook. You probably recognize her voice from other anime series such as Jujutsu Kaisen where she voices Hanami, Baki Hanama as Maria, or video games like Rogue Company and even Microsoft Flight Simulator.

Who voices Kiwi in Cyberpunk: Edgerunners?

Stephanie Wong voices Kiwi in the show. This appears to be the first venture into anime for the actress who you may know from her appearances in American Pie Presents: Girls’ Rules as Misty, To Leslie, and Hulu’s The Resident.

Who voices Pilar in Cyberpunk: Edgerunners?

A veteran voice in the anime industry, Pilar is brought to the screen by Ian James Corlett who is most well known as the voice of Master Roshi in Dragon Ball Z. In the star’s long voice acting career he has also shown up in shows and films including Sausage Party, Sonic Underground, and the animated Justice League TV series.

Who voices Rebecca in Cyberpunk: Edgerunners?

Alex Cazares voices Rebecca, but anime fans will recognize her voice from a variety of different places including Naruto Shippuden as Asura, Bortuo: Naruto Generations, and Osomatsu-san. She has also appeared in many video game titles such as Fire Emblem Heroes, Nickelodeon All-Star Brawl, and WarioWare: Get It Together!

Another veteran actress in the cast, Gloria Garayua voices Gloria Martinez in the series. You may recognize her from a variety of roles including recurring appearances in Grey’s Anatomy, Reckoning, and many more TV shows.

Who voices Falco in Cyberpunk: Edgerunners?

Falco — David’s most trusted wheelsman — is voiced by Mathew Mercer. You may recognize the voice of this star from Thundercats as Tygra, Attack on Titan where he voices Levi, JoJo’s Bizzare Adventure in which he is Jotaro Kujo, and Sword Art Online.

The original language for the show is Japanese and of course, that means if you watch in subbed you’ll get a completely different voice cast. Here is a look at the stars who feature in this.