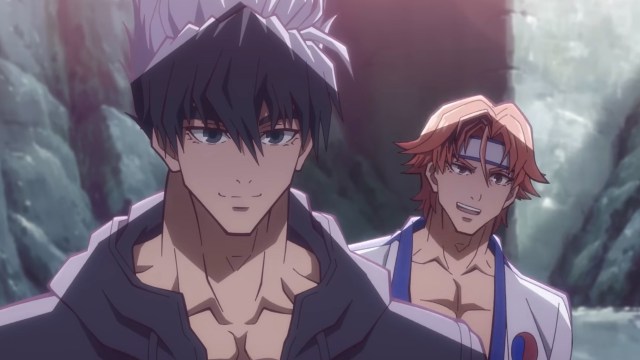 Today marks the release of the highly anticipated anime, Tekken: Bloodline, and Netflix’s adaptation will follow the plot of the critically acclaimed video game, Tekken 3.

Fan-favorite Jin Kazama will be the central figure of the series, as viewers follow his journey that begins after the passing of his mother, Jun. When he is taken in by his grandfather, Heihachi Mishima, Kazama continues his training to become a worthy martial artist and exact vengeance against the villainous Ogre by competing in The King of Iron Fist Tournament.

The teaser and trailer for the anime have been watched a total of six million times combined, so fans are undoubtedly excited for what’s to come.

Who will voice the characters in ‘Tekken:Bloodline’?

Many adored characters from the video game series are set to make an appearance in Tekken: Bloodline, and a couple of popular Japanese voice actors from the games are returning.

While some characters remain unconfirmed, here are the ones you’re definitely going to see.

The main character for most of the video games, Jin Kazama has been at the forefront of the franchise since he appeared in Tekken 3 in 1997. The anime will follow the rise of Jin, from a young boy training under his mother to his vengeance mission after she is murdered. After acquiring more training from Heihachi, he enters the famous Iron Fist tournament and makes friends and enemies along the way.

Since the character’s inception, he has been voiced by notable voice actor Isshin Chiba, who also lent his voice to the alter-ego, Devil Jin. Chiba is a famous voice actor and has recorded for numerous anime series, films, and video games.

Mother to the protagonist, Jun first appeared in the video game, Tekken 2, and she was part of the non-canonical entries in later years. In the anime, she serves as Jin’s initial trainer while raising him on her own.

She will be voiced by actress and singer Mamiko Noto, who has been the voice behind the character since Tekken Tag Tournament 2 in 2013. Her other notable credits include voicing Kotomi Ichinose in Clannad, and the Warhammer Titan, Lara Tybur, in the final season of Attack on Titan.

Though he was considered a protagonist in the original Tekken, Heihachi is the central antagonist for much of the franchise and has appeared in every main game released. He is the father of Kazuya Mishima, grandfather to Jin Kazama, CEO of Mishima Zaibatsu, and the host of several Iron Fist tournaments.

While he was the main protagonist of the first video game, Kazuya has gone on to become one of the most popular video game antagonists of all time. The son of the abusive Heihachi, Kazuya entered the tournament to carry out his revenge on his father.

Masanori Shinohara has been voicing the character since Tekken 4 in 2001 and will reprise his role in Tekken: Bloodline.

The South Korean Taekwondo expert has been a mainstay in the franchise ever since his first appearance in the popular Tekken 3. Armed with a heavy ego and fueled by a long rivalry with Jin Kazama, Hwoarang joins the tournament on a mission to improve himself and become the best fighter he can be.

Toshiyuki Morikawa will reprise his role as the voice actor for Hwoarang, continuing his run since 1997.

Ling Xiaoyu is one of the most popular female video game fighters and has been praised for her unique abilities and skills, personality, and strength. Hailing from China, the teenager becomes friends with Jin Kazama. She has a special relationship with Heihachi, who was impressed with her power on their first encounter.

Since 2011, the friendly Ling Xiaoyu has been voiced by Maaya Sakamoto.

Like Heihachi, Paul Phoenix is one of only a few characters to appear in every main Tekken video game. Paul joins the tournament to defeat his old rival, Kazuya.

The longest-standing female character in the video game series, Nina has appeared as a playable character in all of the main installments. The ruthless assassin is also one of the most popular female characters in video game history. With little to no emotion guiding her, Nina is all about working for the highest-paying contract and holds no respect for anyone, ready to defy whomever crosses her path.

Yumi Tōma has been the voice behind the character since her video game debut in 1994. She also voiced Nina’s younger sister, Anna, and the gleeful Ling Xiaoyu in several installments.

Environmentalist and archaeologist Julia Chang is a Native American character that debuted in Tekken 3. Abandoned by her family, she is adopted by Michelle Chang, who raises her in her tribe. She joins the tournament to rescue her mother, whom Julia believes is being held by Heihachi.

Seiko Yoshida will voice the character, reprising her role since the non-canonical video game releases.

Sumo wrestler and one of Heihachi’s henchmen, Ganryu is a conniving fighter who adopts a life of crime to pay off his debts. He falls for Michelle Chang and, later, her daughter, Julia, though his affections are not reciprocated in either case.

He will be voiced by Hidenari Ugaki, who also played the part in the fifth, sixth, and seventh installments of the Tekken games.

The Bloodline trailer teases more characters for the anime, including the fan-favorite Mexican wrestler, King, and primary antagonist Ogre. However, their voice actors, as well as the cast of the English dub, have yet to be announced.