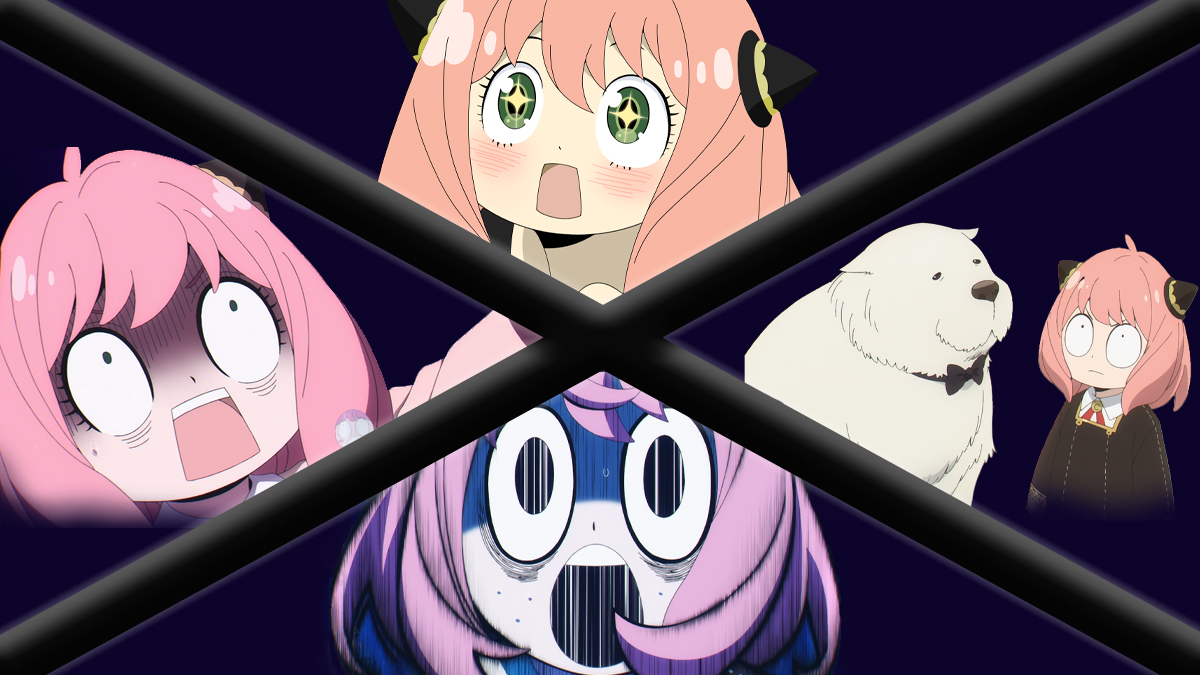 Images via Wit Studio, CloverWorks and Crunchyroll/Graphic by Brandy Cruz

Season one of Spy x Family was a huge success for Crunchyroll in 2022, quickly emerging as one of the streaming service’s best anime of the year. The hit show is about a spy named Loid Forger — Codename: Twilight — who works as an undercover agent for the fictional country of Westalis. Twilight is on a top-secret mission to spy on Donovan Desmond, the leader of the National Unity Party in the rival country of Ostania. Desmond is infamously reclusive, so Twilight hatches a plan — forge a faux family, use the child to get into the Desmond home and spy on him from within. First stop, the adoption agency, where he unknowingly adopts Anya, a little girl who can read minds. After that, he ends up running into a woman who is looking for a date to bring to a party. They decide to pretend to be married to get Anya into a prestigious private school. Unbeknownst to Twilight, his new “bride” is an assassin. While the adults are trying to live a lie and pretending to be a happy family, Anya knows everything.

Spy x Family is based on the popular manga of the same name, which has sold more than 17 million issues in stores and had more than 350 million reads on Shonen-Jump’s digital platform, which was announced by the manga’s editor Shihei Lin in May. The manga was originally written by Japanese manga artist Tatsuya Endo.

The manga and anime are cute, funny and family-friendly. While Twilight is an expert at disguises and his new “wife” Yor is a deadly assassin, Anya somehow steals the limelight with her hilarious wit and overall cuteness. In fact, she might be the cutest anime character ever, and that’s saying a lot. But above everything, what makes Anya the most adorable little telepath is her priceless facial expressions at the crazy things she hears in people’s heads. Today, we’re counting down the 10 cutest and funniest of all Anya’s expressions – and there’s a lot.

Episode 3 of Spy x Family — titled “Prepare for the Interview” — is all about the new family getting to know each other and Twilight figuring out how they can pull off being a real family. While out to lunch at a nice restaurant, with an awkward wife and kid, Twilight worries about the sinking feeling he has, with Anya assuring him that everything is alright. Twilight suddenly thinks, “Yeah, I definitely picked the wrong kid,” with a stunned Anya staring at him completely dumbfounded.

During the same episode, the trio take some family photos to present themselves as a real family. After Yor picks out a cute dress and admires a blue dress for herself, she thinks about how she needs to stick with red or black because the blood stains would stand out in blue. The remark made viewers laugh out loud, and made Anya shocked to the core.

After watching a cartoon in which a polar bear eats a penguin, Anya freaks out and wants Penguin, her giant stuffed animal, to sleep with her, which makes Bond jealous. When she awakens the next day, she finds her stuffed animal chewed to pieces and tells Bond she hates him. The scene is cute and funny, with Twilight and Yor mending Penguin and Bond apologizing to Anya by giving her peanuts, her favorite snack.

Learning to throw a ball

Due to Yor being an extremely lethal assassin, she’s also incredibly athletic. When Anya is preparing for a big dodgeball game at school, Yor takes it upon herself to train the pint-sized girl. While demonstrating how to throw a ball, the force of Yor’s throw is strong enough to break a tree, while a terrified Anya looks on.

Finding out her new uncle’s profession

Anya is already living the dream — she’s been adopted, her dad’s a spy, and her mom’s an assassin — so when Anya finds out her new uncle (Yor’s brother) is part of the secret police, she just about loses her mind. The hilarious scene shows Anya trying to figure out what the secret police is and her facial expressions will have you in stitches.

Trying to impress Damien with her dog

After adopting a dog, Anya thinks maybe she can get closer to the son of her dad’s target by telling him she got a dog. Her hope is that he will invite her over to his house so their dogs can play together. All doesn’t go as planned, leaving little Anya devastated, because who doesn’t love dogs? It also makes her realize she needs to give the dog a name. Since she’s obsessed with spy movies, the name was a given – Bond.

Using ketchup to change the future

The entire Forger family is keeping secrets. Even Bond has premonitions of the future. After Bond has a premonition of Twilight’s death in an explosion, Anya and her new dog take it upon themselves to save the day. The scene is so funny because Anya first almost accidentally blows herself up when she goes to open the door. Then she finds the bomb and decides to diffuse it as she sees on TV. The only problem is all the wires are black. With a bottle of ketchup on the table, she decides to write a message on the door with a warning not to open it, which saves many lives, including her new dad.

Anya worries Yor will crush her

During one of the family’s first outings, Anya wants to hold hands with Yor. The sweet moment turns hilarious in a heartbeat when Yor thinks to herself how it reminds her of when her brother was little, before she accidentally crushed two of his ribs while hugging him. Anya just stares at her, completely terrified that Yor will accidentally crush her hand.

Since Anya is a telepath, nothing gets by her, so when fellow spy Fiona — Codename: Nightfall — comes to their house, it doesn’t take the mind reader long to realize Fiona is a spy and in love with Twilight. The hilarity continues while they’re all enjoying hot chocolate and Anya keeps hearing Fiona thinking about how she should replace Yor as Twilight’s wife and whip Anya into shape.

Finding out Yor is an assassin

In one of the greatest scenes during season one, Anya plays matchmaker to her fake parents. Twilight meets Yor and instantly believes she may be a great choice for a fake wife. Anya is completely over-the-moon excited when she discovers Yor is an assassin. Meanwhile, Yor is busy thinking that Twilight would be a great date for the party she has to attend, but doesn’t want to cause drama in a relationship because she assumes he is married. Hearing all this in her head, Anya quickly lets Yor know that she needs a momma. The simple scene is funny, charming and sets the stage for the entire plot.