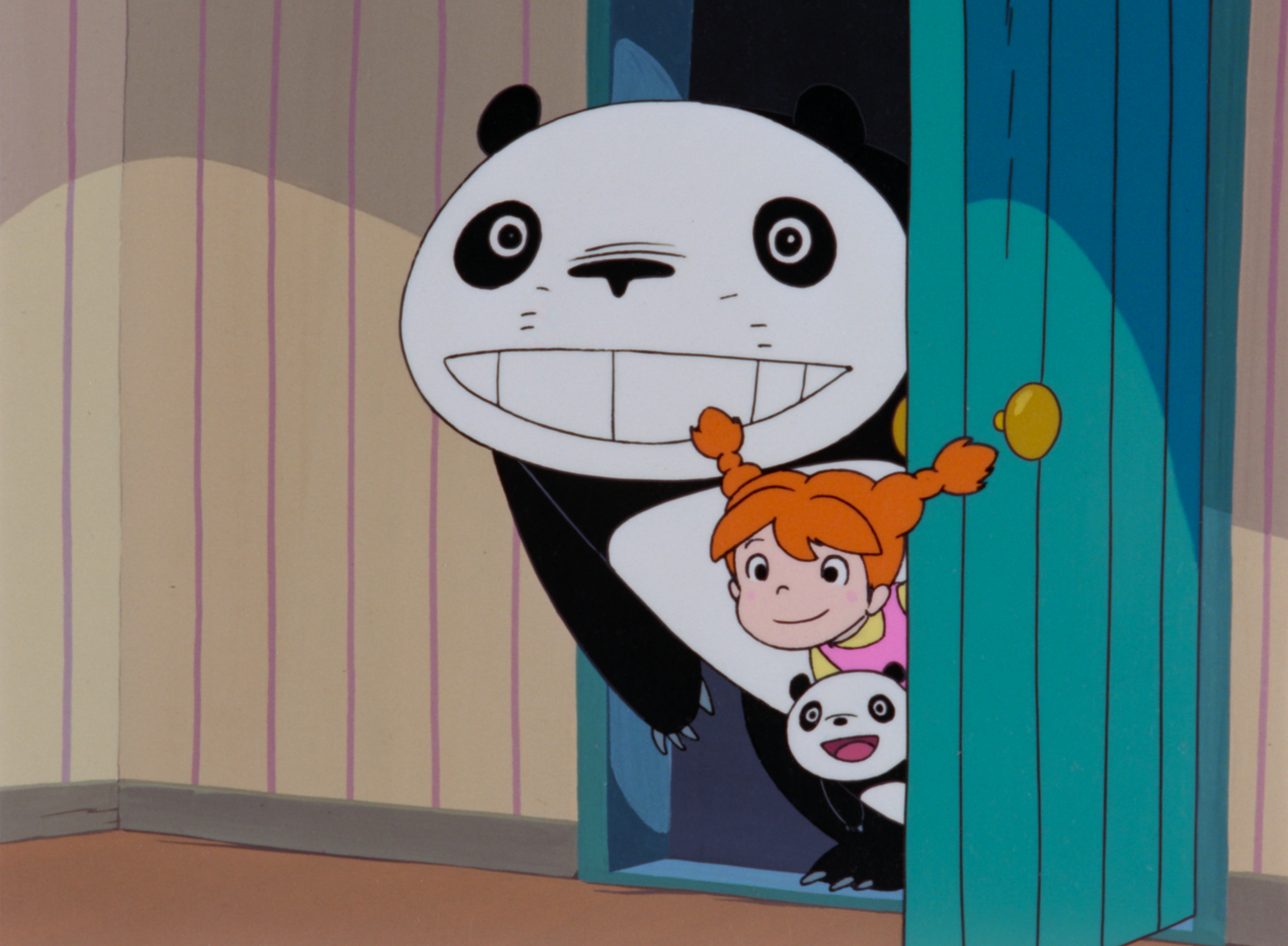 GKIDS says it will release the film “in high definition with new restored colors” alongside its 1973 sequel, Rainy Day Circus, for a combined 75-minute runtime at-home and in theaters later this year. The release celebrates Panda! Go Panda’s 50th anniversary.

Besides acting as a vital landmark in animation history, Panda! Go Panda! is an exuberant, feel-good story that will have you humming the theme song for days. The film has never looked better, and we are thrilled to be able to share it with audiences more widely for a huge anniversary milestone.

GKIDS distributes Studio Ghibli’s filmography in the U.S. at-home and in theaters through the annual Studio Ghibli Fest. The acquisition follows similar moves in the North American anime and manga industry to localize Miyazaki’s earlier work.

Panda! Go Panda! is about a young girl, Mimiko, who befriends a father and son pair of talking pandas, Panny Panda and Papanda. Shenanigans ensue as she tries to take care of her friends and the trio go on adventures around her town.

A new trailer, above, also shows off the film’s English dub. English voice cast and a firm release date for theaters and at-home have not yet been announced.