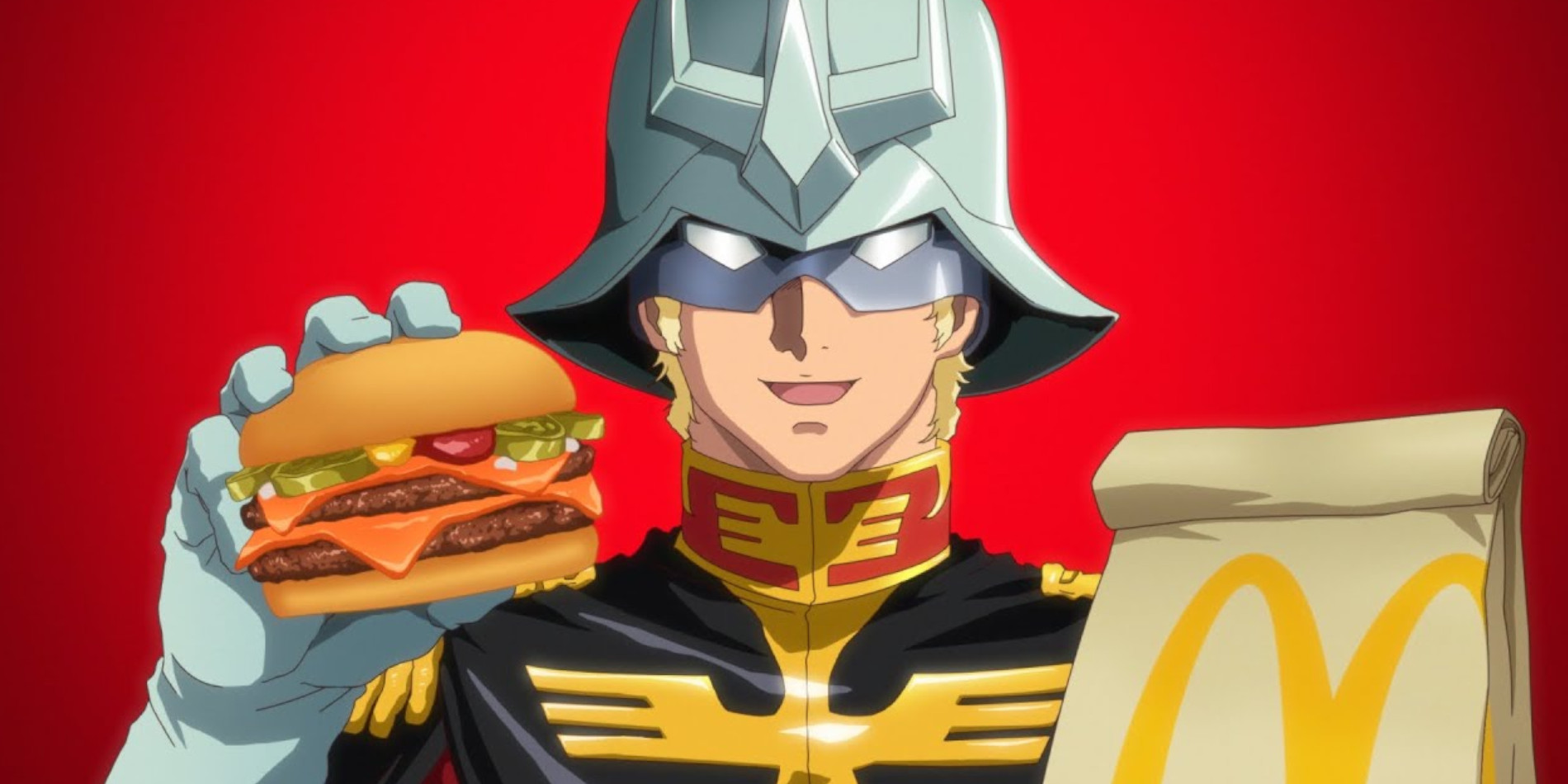 Mobile Suit Gundam is a series that needs no introduction. Created by Yoshiyuki Tomino, the legendary anime series launched in 1979, and established a massive franchise. It also spawned a new sub-genre of mecha anime, dubbed the “real robot” genre. Gundam told the tale of several young people trapped in an interstellar war as they fought for survival and endured the horrors that armed conflict can bring. However, when you think about Gundam, you likely don’t think about burgers. However, a new promotion shows that even Mobile Suit pilots have to fuel up.

A promotional campaign for McDonalds Japan featuring Gundam characters has quickly swept across the internet, with many anime fans debating if the posters and commercials were real or a well-created fake. However, this promotion is totally real, and as Comic Book reports, the promotion will be kicking off later this summer.

Acting as a way to promote several new Gundam projects, including the long-awaited Mobile Suit Gundam Cucuruz Doan’s Island and the much-hyped, female-led Gundam: Witch From Mercury, the promotion will feature four different burgers and two drinks. However, what has captured the internet’s attention isn’t the food, but rather the character McDonald’s has picked as the face of the promotion.

Rather than one of Gundam’s heroes, the promotion features the iconic villain Char Aznable. Known for his iconic half-helmeted look, Char was the main antagonist in the original Mobile Suit Gundam series and was often seen leading the forces of the Principality of Zeon. However, the character became a staple of the Gundam franchise and has become one of the most recognizable characters in anime.

Soranews24 has translated the promotions, allowing American fans to get a taste of what they’re missing. When it launches, the promotion will feature a double cheeseburger with spicy cheese and jalapeno slices.

Also featured is the Char Custom Red Garlic Teriyaki, a teriyaki burger made special with the inclusion of smoked bacon, garlic soy sauce, and mayonnaise. The whole thing is placed between two red buns in a reference to Char’s nickname of “Red Comet.”

The Japanese commercials also show off a burger inspired by Char’s rival Amuro, with the Newtype White Torichi, a triple cheeseburger with white cheddar cheese. The final item promoted is the Char Custom Dabuchi Sausage Muffin, which are sausage muffins with extra cheese and jalapeno slices.

The drinks featured are a McFizz and McFloat, both made with guarana berries, so they’ll be Char’s signature red color. Alongside the food, the Char-themed items will come in special packaging that features some of Char’s most iconic Mobile Suits, including Char Custom Gelgoog, Char Custom Z’Gok, Zeong, and the legendary Char Custom Zaku.

The Char menu will land in Japanese stores on June 22. While it seems unlikely that American Gundam fans will get to enjoy this menu, it shows that McDonald’s isn’t a stranger to weird promotions. It is also a great example of how iconic the original Mobile Suit Gundam has become.