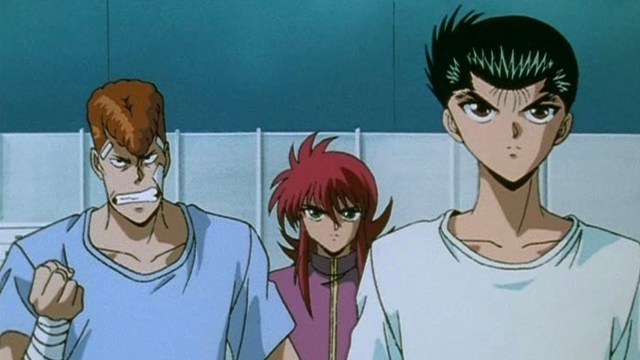 Over 112 fantastic episodes, anime fans were treated to the classic offering Yu Yu Hakusho. The shounen anime might have been released in the ’90s, but it continues to rake in new watchers yearly, and has successfully built a dedicated following.

The series is centered around the life of a troublesome 14 year old boy named Yusuke Urameshi, who dies in a car accident while attempting to save a little girl. Since he spent much of his life as a delinquent, his act of kindness catches the attention of the Spirit World. Noticing he’s in possession of a strong spirit energy, he’s enlisted as an underworld detective and is thrust into the world of powerful humans and demons.

Featuring a ton of different interesting arcs, and powerful characters, Yu Yu Hakusho has some favorites that are just so hard to beat because of their unimaginable strength. Here are the 7 strongest, most memorable characters in the beloved anime, ranked from least to greatest.

One of just a handful of pure humans in this demon-centric anime, Kazuma Kuwabara was initially depicted as a cowardly bully who was way in over his head with affairs of the spirit realm. However, through dedication, training, and an innate spirit energy, he grew to become a formidable hero in the series. He’s greatly admired for providing some much needed comic relief in the shounen anime, and we’ve got to hand it to him for skipping the Demon World Tournament in favor of his education. Definitely a parent’s favorite.

The only other human on this list of incredible fighters, Genkai provided the guidance and training that Yusuke and Kuwabara greatly benefitted from on their quest as fighters. She is an incredibly precise and skilled fighter and healed, and always remains graceful in battle. Most importantly, Genkai always fought for a positive reason, and was one of the few voices of reason in the anime, alongside Keiko, Botan, and Koenma. It’s no wonder why she’s greatly respected by humans and demons alike.

The younger Toguro proved to be one of Yusuke and his allies’ greatest threats, and while his arc was incredibly long and satisfying, Toguro was a B-Class demon at the time of his death, and only a taste of the powerful forces to come. While on a deep and complex path to his version of righteousness, Toguro would pale in comparison to the others on the list whose strength continued to rise until the very end of the anime.

The red-haired demon Yoko Kurama was an instant fan favorite ever since his introduction as the sly and graceful thief. Viewers fell more in love when it was revealed that he was a Robin Hood-esque type character, only stealing in order to provide for his ailing adoptive mother. As he progresses, Kurama continues to grow in power, eventually unlocking his S-Class demon form later on, but none of his skill, style, and strength could compare to his very big heart.

Hiei is first introduced as Yusuke’s foe, and eventually becomes a trusted ally and friend after some time. One of the most powerful demons in the series, and although a protagonist in his own right, Hiei is always on the hunt for more power, and dreads losing in battle. Because of his desire to become the most powerful, Hiei is not above venturing into the darkest parts of himself to unlock the ruthless demon buried within.

The master of war was thousands of years old, and had an ego to match. He was the strongest of the Three Kings, but died much weaker than at his peak strength. After falling in love with a human woman, Raizen swore to never devour human flesh again, which took a toll on his health, but at his prime, he was absolutely invincible.

Who would have thought that a car accident would send the protagonist down a thrilling path and reveal his true heritage as a demon spawn? Yusuke’s hardheaded nature served as a backbone to some of his most incredible moments, as he would always push himself when the time asked for it. Elevating through the demon ranks to become a prime S-Class demon, Yu Yu Hakusho’s protagonist ended the series as its most powerful character, and with years ahead of him, his unquantifiable power would still continue to grow.