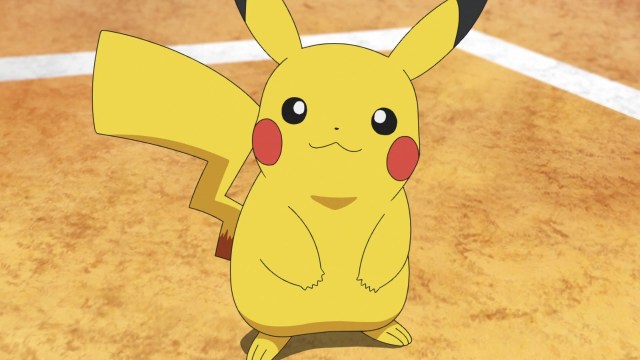 One of the most iconic characters in TV and movie history is Pikachu, the lovable, yellow mouse Pokémon from the show of the same name. Fans have grown up watching both Ash and Pikachu travel around in search of other Pokémon to collect and battle with. Pikachu is used as one of the most powerful Pokémon in Pokémon battles that take place around the world by fans wanting to prove they have the strongest collection of Pokémon.

It’s hard to imagine that such a lovable Pokémon is able to battle the way Pikachu can. Pikachu also has an undying love and protective instinct for its owner. Pikachu was drawn to model a squirrel that had the color pattern of Winnie the Pooh; the designers thought that this would make the character a huge success among both male and female audiences, as both would be attracted to the Pokémon. This idea has clearly worked wonders, as Pikachu is now one of the most recognizable figures around the world.

Pikachu first burst onto the stage in February 1996. The character exploded when the TV series Pokémon aired in 1997 and has never looked back since, gaining a huge cult following in all the years since. Ash was given Pikachu in the first episode of the show and the two have been joined at the hip ever since that moment. Pikachu’s exact age has never been revealed in the show, but if one were to base the character’s age off of their first appearance, then Pikachu would be 26 years old as of now.

All the places Pikachu has been

Pikachu has been seen on billboards all around the world ever since the inception of the character, but that isn’t the only place the character has made appearances. Fans can find Pikachu in all of the 25 different video games made since 1996, which goes to show how beloved the character is. In 2019, Pikachu made waves as the character got its own film Detective Pikachu, which saw Ryan Reynolds voicing the endlessly popular Pokémon. The film grossed more than $400 million worldwide, thus proving that Pikachu is beloved around the world. Fans can also expect to see Pikachu appear yearly in the Macy’s Thanksgiving Day Parade, held in New York City.

It looks like Pikachu isn’t going anywhere anytime soon, much to the delight of fans everywhere.