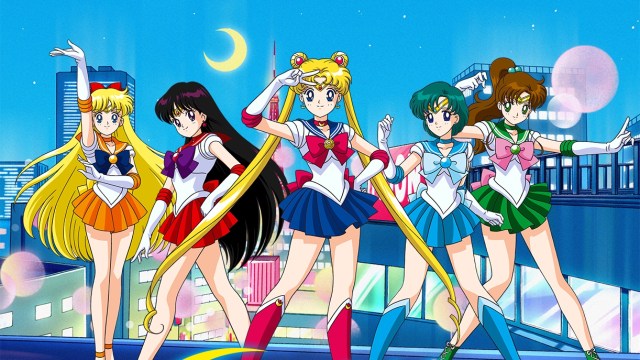 Today, June 30, we celebrate the birthday of a beloved anime icon, Sailor Moon. The founder of the Sailor Scouts may be tasked with defending Earth against various threats, but she still has the right to enjoy her special day. Unlike many other anime, Sailor Moon has explicitly revealed the birthdays of every Sailor Scout at one point or another, which means that Usagi can look forward to celebrating multiple birthdays all-year round.

Sailor Moon has paralleled the maturation of Usagi from sensitive high school student to responsible young adult. With each passing birthday, Sailor Moon only grows older and wiser, but she isn’t the only one – all the other Sailor Scouts have disclosed birthdays within the canon universe. Let’s take a look at every Sailor Scout’s birthday and the significance behind each date.

Sailor Moon‘s titular character has the good fortune of being born during summertime, right before the beginning of July, which is largely considered to be one of the hottest months of the year, ironically. If only Usagi had adopted the moniker of Sailor Sun instead. Devoted fans have declared June 30 to be National Sailor Moon Day, an annual self-made holiday that celebrates both Usagi and the Sailor Moon anime with plenty of fanart, cosplay, and other creative endeavors. Sailor Moon was born under Cancer, a zodiac sign known to have an exceptionally well-balanced nature and be sensible yet fun-loving; they strive for success while never losing sight of personal goals. Usagi shares her birthday with actor David Alan Grier, swimmer Michael Phelps, and former professional boxer Mike Tyson.

Coincidentally, it makes sense that Sailor Mars was born under Aries, since the ruling planet for the astrological sign is Mars. Even more of a coincidence, Rei Hino is a fire-wielder and Aries is a Fire sign. Aries are known to be ambitious, honest and self-assertive, always brave and dependable. On April 17, 1982, the Canada Act took effect, establishing certain individual rights and declaring Canada a wholly independent state. Rei’s birthday is celebrated in Sailor Moon Crystal and she shares her birthday with singer Victoria Beckham, actress Jennifer Garner, and actress Kyla Drew Simmons. When Rei’s birthday rolls around again, why not celebrate by trying out her favourite food – puffer fish.

Sailor Venus received her very own manga series, Codename: Sailor V, so she’s certainly no joke when it comes to the Sailor Moon cast. For Minako to have her birthday so close to Halloween fits the theme of monsters, witches, and otherworldly beasts that the Sailor Scouts go head-to-head against all the time. Sailor Venus was the last Scout to join the ranks and her zodiac sign is Libra. As a Libra, whose ruling planet is Venus (sensing a pattern here?), Minako is extroverted, friendly and outgoing. She prioritizes fairness, balance and harmony over all else and possesses vast amounts of charm and intelligence. On October 22, the imperial family celebrate a milestone; the official Enthronement Ceremony of the current Emperor, Naruhito. Sailor Venus shares her birthday with actors Bob Odenkirk, Jeff Goldblum, and Christopher Lloyd.

September is typically a colder, rainier month for many countries — including Japan — which fits perfectly with Sailor Mercury’s water-based powers. Ami Mizuno is a Virgo and — you guessed it — the ruling planet is Mercury. The Earth sign is generally humble, self-effacing, industrious, and practical. In addition, Virgos are methodical quick-thinkers, but the strain of their mental energy can sometimes lead to tension and stress. There are no corresponding Japanese holidays for September 10, but it does equate to World Suicide Prevention Day, which ties in nicely with the mental health theme. Sailor Mercury shares her birthday with actor Colin Firth, director Chris Columbus, and musician Jose Feliciano.

As the only December-born on the list, Sailor Jupiter is a Sagittarius. Take one guess as to which ruling planet aligns with Sagittarius. She is the fourth Sailor Senshi to be introduced in the anime and because she practices karate, Jupiter is the toughest of all the Sailor Scouts. Makoto Kino’s speciality has always been her brute force, but it makes her a protective and fierce warrior. Sagittarius natives are known to be adventurers, risk-takers, and independent dreamers. They also have an acute emotional intelligence that makes it easier for them to connect with different types of people. Fun fact: December 5 is National Father’s Day in Thailand. Sailor Jupiter shares her birthday with YouTuber Jules LeBlanc, musician Little Richard, and actress Catherine Tate.

In 1993, Sailor Chibi Moon was introduced in Chapter 14, “Conclusion and Commencement, Petite Étrangere.” Known as the Future Moon and Small Lady Serenity, Sailor Chibi Moon is the daughter of Usagi Tsukino and her nickname — Rini — means “little bunny” in Japanese. Born on the same day as Usagi, Rini is also a Cancer whose birthstone is a Moonstone. Following in her mother’s footsteps, Chibi Moon can be hyper emotional, temperamental, and spiteful in certain situations. However, Cancers are extremely fond of their loved ones and highly value family and close friends – so much so that they will do anything to defend them. Some more celebrities born on June 30 are actress Lizzy Caplan, musician James Adam Shelley, and singer-songwriter Cole Swindell.

The Sailor Moon anime debuted in Japan on March 7,1992 – just one day before Sailor Neptune was born. Additionally, the series creator Naoko Takeuchi was born on March 15, which makes her and Sailor Neptune almost birthday twins. Some observances for March 6 include World Orphan Week, Lent – which begins on Ash Wednesday, and Hearing Awareness Week. Sailor Neptune is a Pisces, the natives of which are known to be emotionally sensitive, gracious, and emotionally aware, and highly regarded as one of the most sympathetic of the zodiac signs. Like Takeuchi, Michiru Kaiou is also creative and imaginative; she shares her birthday with former professional basketball star Shaquille O’Neal, famous drag queen Alaska 5000, and Italian sculptor Michaelangelo.

As the first Sailor Moon character to ever be referenced as “both a man and a woman,” Sailor Uranus is a non-binary icon and continues to smash gender and societal norms with her lover, Sailor Neptune. Haruka Tenou is an Aquarius; advanced, self-reliant, clever, exceptional, and optimistic. Aquarians, like air, lack a distinct form and appear to resist classification – which makes sense for Sailor Uranus’ self-discovery in the manga. January 27 is observed as Auschwitz Liberation Day, Holocaust Memorial Day — in the United Kingdom — and Vietnam Peace Day. Sailor Uranus shares her birthday with musical genius Wolfgang Amadeus Mozart, Instagram star Georgina Rodríguez, and actor Freddy Carter.

Even closer to Halloween than Sailor Venus, Setsuna Meiou’s ruling planet is Pluto and in Roman mythology, Pluto rules the Underworld – quite fitting for the Halloween season. October 29 is significant for being the date that the United States stock market crashed in an event known as Black Tuesday; it’s also National Cat Day. World Psoriasis Day, and National Internet Day – who knew? As a Scorpio, Setsuna possesses a changeable nature and exciting personality; she dislikes being the center of attention, but she has everything it takes to draw the spotlight. Sailor Pluto shares her birthday with actress Winona Ryder, painter Bob Ross, and singer Randy Jackson.

Some interesting historical and biblical moments happened on January 6; the first general election ever in Vietnam was held, President Franklin D. Roosevelt delivered his Four Freedoms speech, and for Eastern Orthodox Christians, Jesus’ birth, baptism by John, and first miracle. Hotaru Tomoe rounds out our zodiacs with Capricorn, an Earth elemental sign known to be ambitious, hardworking, and enterprising. They set themselves lofty but achievable goals and are enthusiastic about life. January 6 is also Armenian Christmas, National Take a Poet to Lunch Day (Google it), and National Take Down the Christmas Tree Day (again, Google it). Sailor Saturn shares her birthday with actor Rowan Atkinson, rock singer Alex Turner, and actor Norman Reedus.