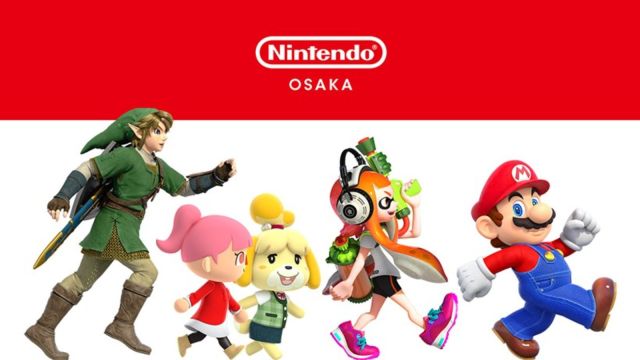 Exciting news for anime fans as Nintendo has announced a second store to be opened in Japan this year. At the same time, Pokémon announced their newest life-size plush for fans to take home. Elsewhere, Chainsaw Man has reached a huge milestone since its premiere.

Another Nintendo store opens up in Japan

As Japan opens its borders to pre-pandemic conditions, Nintendo announced another official store will open next month.

Osaka will be home to Japan’s second Nintendo Store, where it will offer official Nintendo merchandise and Nintendo Osaka-themed goods. What’s interesting is that the first Nintendo store, that’s located in Tokyo, opened up fairly recently back in 2019. Before the grand opening, fans are offered the opportunity to join a special lottery to be part of the lucky 2000 fans to enter the Nintendo store before the general public.

The grand opening for Osaka’s Nintendo store will be on Nov 11.

Pokémon announced their next life-size plush

The Pokémon Company announced the next Pokémon that will be transformed into a life-size plush for trainers to adopt.

According to Anime News Network, a 1.6 meter (5.2ft) tall Garchomp plush will be available to purchase in Japan’s Premium Bandai store for 57,200 yen ($390). Compared to its recent launch of a life-size Altaria plush, this Gen 4 Dragon-type Pokémon is more rigid and can be used for hugging or leaning.

The Garchomp plush will be expected to ship on February 2023.

Chainsaw Man has reached yet another new milestone since the anime’s premiere.

The show’s opening has reached over 15 million views since the show’s premiere. 10 million fans watched the video on YouTube, while an extra 5.7 million viewing the opening on Twitter. Fans praised Chainsaw Man‘s opening for its catchy tune, amazing animation sequences, and multiple movie references seen throughout the video.

Chainsaw Man is now available to stream on Crunchyroll.