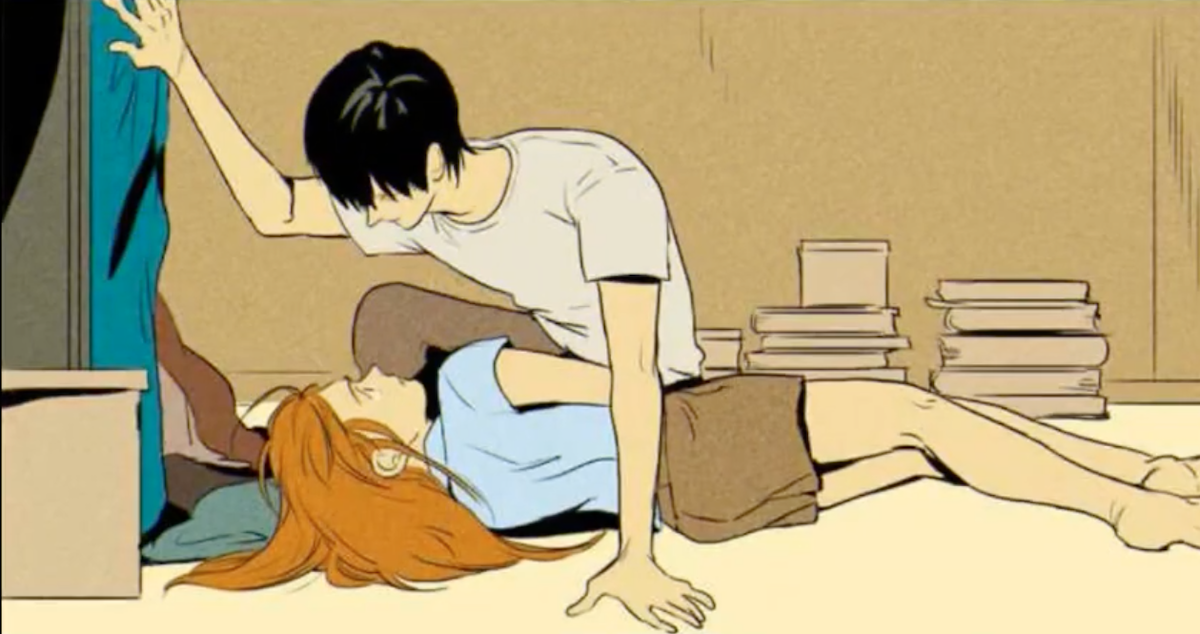 In the last couple of years, the popularization of anime and manga has been taking the world by storm. Nowadays, reading and watching fictional animated stories is no longer frowned upon, and that generalization has been expanding to the world of Manhwa, the South Korean comics. Written by Korean authors, manhwa oftentimes has themes and tropes that are also seen in Japanese manga, including sci-fi, psychological horror, and of course, romance. For any romance aficionados, here is the perfect romance manhwa list to spend idling time away and falling in love.

Completed at 79 chapters, Heesu in Class 2 is a very wholesome romance about two students who happen to be best friends – and polar opposites at that. Heesu, the main character, is a simple and plain character whose personality and looks aren’t exactly striking, whereas Chanyoung is the exact opposite – athletic, smart, popular, and most of all, handsome. This story follows the intricacies of school life and crushing on a best friend and the consequences of it all. Published by Lezhin, this webtoon got rather popular from the get-go, not only due to its unique and adorable art style but also because of its accessibility and for being an easy-read comedic comic.

This webtoon follows the story of Hana, a kind-hearted girl who isn’t the most sociable student in class, and the new student, Yura. This new student has an intimidating aura, and no one dares to defy or go against her, while Hana is the exact opposite – a people- pleaser who does not stand up for herself. This entire plot instantly builds up for a very endearing and engaging comic, especially for those who tend to enjoy their daily dose of school life plots and the oftentimes overlooked struggles of teenage girls. Winter Before Spring, published by Webtoon, contains the pure trope brought in by slice-of-life manhwa, thus making it the perfect spring webtoon to binge-read.

Filled with twists and just the right amount of suspense, What’s Wrong With Secretary Kim? definitely deserves a spot on every Manhwa list. Popularized by the Korean drama by the same name, What’s Wrong With Secretary Kim? became a huge success in South Korea and worldwide, not only due to its engaging story, but also the casting. Park Seo-joon, from the Oscar-winning blockbuster Parasite portrays the protagonist, Lee Young Joon, creating quite the uproar among fans once the casting news came out. With a strong and reliable female lead, this Korean comic starts off with a very cliché enemy but soon enough it starts to develop into more complex and dark storytelling, creating a really compelling plot, with even more interesting characters who also happen to have great chemistry. For anyone looking to read this Manhwa, it is complete at 98 chapters on Tappytoon.

From childhood friends to best friends, to crushes, to lovers- this is the most banal and adorable friends-to-lovers manhwa that one can encounter. Completed at 100 chapters on Tapas, Something About Us is the perfect binge-reading manhwa that will leave anyone wishing for more. The relationship between Woojin and Gahyoung is very clear from the first few chapters, where the genuine friendship they share is immediately established and makes the reader wish to know even more about them and their group of friends. However, every romance requires a tad of angst, and Something About Us is no exception. In South Korea, it is mandatory for men between the ages of 18 and 28 to attend military service, and that is exactly what the main character in this comic does. Woojin goes to the military for 2 years, while Gahyoung attends university by herself. This interesting plot, paired with a real relationship progression and slow character development makes for a great and compelling romance manhwa.

From starting with a one-night stand to getting pregnant, the romance between the main characters of Tapas’ Positively Yours is nothing ordinary. With an incredibly pragmatic and strong female lead paired with a passive and submissive male love interest, this webtoon shows a very interesting dynamic between these two characters who are very much extreme opposites and are now bonded by a child. They slowly but surely start getting to know one another and developing feelings, tugging at the heartstrings of any slow-burn lover. This interesting start of a relationship with the drama in between surely makes up for a particularly engaging plot for anyone who is looking to read a passionate love story between two strangers.

Based on a Folktale, Her Tale of Shim Chong is the perfect manhwa for those looking to read a beautifully drawn romance in a historical setting. Following the story of a young beggar, Shim Chong, and Madam, the bride-to-be of a wealthy emperor, this comic portrays two sides of the same coin. After an unfortunate accident leads the women to have a fateful encounter, the pair who seemingly have nothing in common quickly realize that their pivotal meeting was definitely not at all accidental. They wish to leave their undesirable lives at the hands of fate and lead on to find happiness at last. Grabbing the reader’s attention, the narrative and dialogue in this story is beautifully written, entangling the mysticism and historical contexts very poetically. This romance manhwa from Pocketcomics is the ideal read for anyone who wants to see a couple aiming to achieve their objectives in a very conventional world.

Bring The Love is an ongoing historical manhwa that is the absolute embodiment of “don’t judge a book by its cover”. Available on Lezhin, the art of this webtoon, although not particularly captivating at first sight, grows on the reader. Nevertheless, what truly shines in this manhwa is its captivating plot and storytelling. Leah, the main character, is an incredibly impressive and strong character who is very smart, calculating, and a former knight at that – her determination does not falter for a second. With an equally strong and impressive aura is Roxant, the male lead. Respectful and caring, Roxant builds a strong and loving dynamic with Leah in a particularly fascinating way. This realistic and incredibly well-written webtoon is an exceptionally good story, especially considering it picks up a very common historical trope and completely shifts the narrative to fit the characters, who are so special in their own way, hence emphasizing the quality of this story.

Recently even more popularized by the drama that just came out by the same name, Cherry Blossoms After Winter is an incredibly acclaimed romance throughout Korea. With 5 seasons and over 18 side chapters, this is surely a lengthy manhwa that will certainly keep any reader busy for a while. The story revolves around Haebom, an orphan teenage boy who is an outcast at school, and Taesung, a popular and wealthy teenager who happens to be Haebom’s roommate. Adopted by Taesung’s mother after his parents’ passing, Haebom moved into his childhood friend’s house, however, 10 years later and Taesung seems to dislike Haebom, a lot. Barely talking, and definitely not friends, Taesung and Haebom seem to have a strained relationship, only connected by living under the same roof and going to the same school. This friend-to-strangers-to-lovers trope is very nicely developed, especially when paired with gorgeous art to match, thus making this Tappytoon release a great future read, alongside its lovable drama adaptation!

Completed at 4 seasons and over 200 chapters, Cheese In The Trap is a manhwa published by Webtoon that will hook even the most unromantic of readers. With realistic characters and coming-of-age struggles that any college student faces, this webtoon has it all. From dark and eerie pasts to money struggles and college work, this is the type of story that anyone will relate to at some point. Jung, the male interest, is a manipulative and wealthy college student, and in contrast, the female lead is Seol, a kind and hard-working student who is trying her very best at dealing with the struggles of the real world as a young adult. These contrasting personalities are strikingly different, thus making for a very interesting story with widely divergent points of view. Topped with a gorgeous color palette and cartoony art style, this manhwa is a great romance to kickstart your summer reading.

As for the top romance manhwa on this list See You In My 19th Life has it all, from a beautiful romance to an assertive female lead to supernatural elements. This is a story, just as the title suggests, about a character who has lived through 19 different lifetimes through reincarnation. During her 18th life, Jieum Ban met Seoha, whom she built a close relationship with, and became close friends, but unfortunately had her life cut short after passing away from an accident. Due to the ability to remember her past lives, Jieum Ban is seeking to reconnect with Seoha. Maintaining a great balance between drama, mystery, romance, and comedy, this manhwa has incredibly nice pacing, and although it is not yet completed on Webtoons, it still allows the reader to look forward to the next chapter, creating a story that appeals to any audience due to its strong grasp on the different genres it navigates through.

What completes and builds a good manhwa is the combination of great art, paired with good storytelling and interesting characters. Due to the immense amount of accessible and free online content, one can easily find incredible manhwa to read and engulf in, especially when it comes to romance.