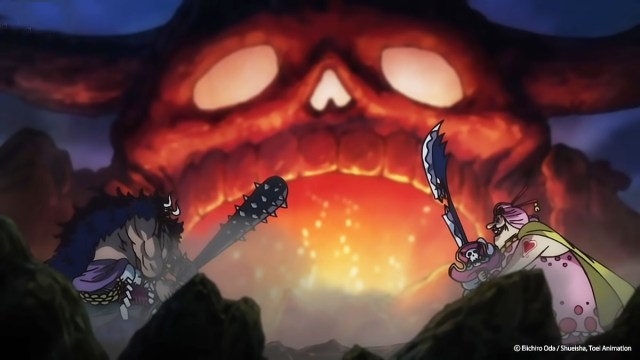 One Piece, being one of the lengthiest manga and animes out there, certainly ought to create quite the speculation regarding the events currently happening, and the moments that have yet to come. These theories possess an even stronger presence online once One Piece goes on a rare, but well-deserved break since Oda, the writer, is known for his incessant work schedule and workaholic tendencies. During his senior year in high school, whereas other students were preparing for the extremely competitive and strenuous time that is the University exam in Japan, Oda was publishing his first full-length manga, Wanted, known to be the first published work to introduce the world to what would eventually become the sensation that is One Piece.

Since the first publishing of One Piece in 1996, Oda has taken short breaks at times. Encouraged by his peers and editors to prolong his intervals, the writer occasionally decides to indeed take longer breaks after a particularly long saga, as was the case for the Marineford, and now Wano, arc. After 4 arduous years of working on Wano ceaselessly, even reportedly sleeping for only three hours a night, Oda recently announced he would take a break for a month, though he undoubtedly deserves to rest for much longer. This atypical break for One Piece fans encourages the already imaginative group of devotees to create even more theories about what is to come, including one of the biggest mysteries during the Wano finale: are Kaido and Big Mom really dead?

The answer may be quite the enigma, even for the most devoted of fans. Known for sparing characters’ lives, Oda isn’t one to enjoy killing off any character, let alone his villains. Rather, the writer opts for his antagonists to either have a redemption arc along the way, like Crocodile, or suffer as they watch the adversary who defeated them, Luffy for example, succeed in their endeavors. Whether that may be a worse fate than death is up for debate, but one thing is certain— characters don’t just “die” in One Piece. So it bears asking whether or not the Emperors of the Sea may have been defeated during the Wano war.

Some theories point to them being alive, though most likely stuck in magma for the rest of eternity. With nearly indestructible massive bodies, magma is most likely not sufficiently devastating to completely off these characters, but it is destructive enough to weaken the Yonkos. Still, with respect to being lost for eternity, the former Emperors of the Sea may as well be underwater, waiting to be picked up by someone, as fans have seen happening with Jack in previous episodes. While it’s been established that throughout the seven seas consumers of devil fruit lose the ability to swim, Jack is quite the exception. Being a fish-man, Jack is still able to breathe underwater despite being a devil-fruit-eater. This is a quality that none of the four Yonkos possess. Theorizers believe that somehow, by using Haki, the Emperors might as well be able to fortify their own lungs and remain underwater waiting for aid, though that seems like a very unlikely possibility.

Marine Admiral Ryokugyu (or Aramaki) comes to mind when considering who would be strong or powerful enough to save the Emperors. Although seen mostly chasing after the Straw Hat’s archeologist Robin, the introduction of this character was definitely not accidental, as nothing is in One Piece. With a mysterious devil fruit power, Aramaki seems to be able to control plants at will, and although normal shrubs wouldn’t exactly survive against the high temperature in magma, a haki plant just might do the trick. Considering the introduction of Ryokugyu is right after Kaido and Big Mom’s inevitable demise, it wouldn’t be too far-fetched to assume the Admiral was following orders and detaining the terrifying Emperors of the Sea. The Marines aren’t particularly known for their efficiency against powerful foes, but even so, by introducing some new mechanism, or even an invention created by Vegapunk, the deliverers of justice might finally hold the emperors captive, bringing a satisfying and plausible ending to the most feared characters in the Grand Line.

On a more wholesome note, some popular theories date back to the first opponents of the Straw Hats. Taking Enel as a prime example, the Emperors might be right under the volcano in Wano, captively waiting for something that might become their next big adventure (similarly to the antagonist from Skypiea). After being defeated by his natural enemy, Luffy, the lightning devil-fruit-eater went on to reach the moon in Enel’s Great Space Operations, the ninth cover story in One Piece. During his expedition to the moon, Enel encounters mechanical life in the form of robots and manages to gain quite the following after resuscitating one of the mechanical beings back to life. This particularly pure continuation for Enel left many fans wondering if the Emperors of the Sea would be met with such a fate, even as unlikely as it may be.

Nevertheless, there are two very likely outcomes from the biggest war in One Piece. On one hand, both of the Emperors might as well be dead. Considering that Oda isn’t the type of writer to kill a character, that outcome may seem like an improbable ending for Kaido and Big Mom, however, these two characters are deemed to be the most powerful creatures at sea. To be able to reach Elbaf and every other island along the way, the Straw Hats cannot be continuously tied down by Kaido and Big Mom, therefore making their deaths a pivotal moment in One Piece. On the other hand, it is also quite probable that only one survivor managed to remain alive, namely, Big Mom.

Although Kaido is often deemed the strongest creature on Earth, Big Mom’s Soul Soul Fruit practically grants the giant an endless life span. This devil fruit, as demonstrated throughout the Whole Cake Island and the Wano Country Saga, allows Linlin to draw out people’s souls based on their fear, and nearly everyone fears this emperor and her hunger pangs. Based on the power she holds, and assuming Kaido feared Luffy at any point in their fight, as unlikely as it might have been, Linlin could’ve easily drawn out Kaido’s soul, thus extending her own. That would mean their alliance would officially come to an end, which is an especially strong possibility given the number of betrayal references throughout the saga seen to have been ominous foreshadowing for the demise of this most dangerous alliance. While this is all just speculation on the fans’ behalf, one must also consider the last words Big Mom prophesied immediately after receiving one of the ending blows by Law and Kidd, where she uttered “You better not think this is enough to kill me.”

Whether or not any of these theories will actually come to fruition is impossible to know, especially considering how unpredictable Oda is. After all, this unpredictability and quirkiness are exactly why One Piece is still the best-selling manga in Japan, inspiring fans to create and come up with the most creative theories. Whether these theories will ever reap any results, only time will tell.