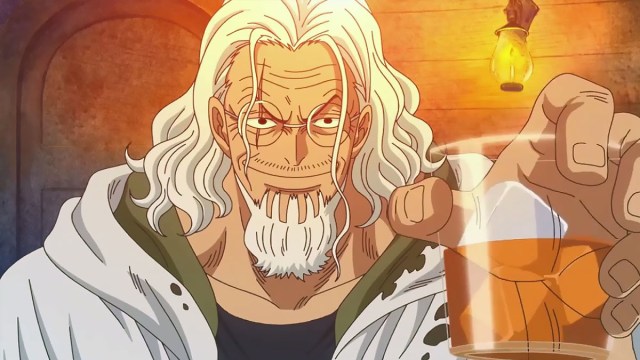 During the course of the past 25 years, One Piece has introduced numerous characters to its intricate and convoluted story. From main characters to occasional cameos, every single character matters in this piracy world. In an ambiguous environment where no character is inherently good nor inherently bad, even the strongest pirates have somewhat good intentions within their own ambitious dreams and questionable actions. Thus is the case of the strongest pirate crew in the New World: The Roger Pirates.

Who are the Roger Pirates?

Led by their captain, the late Pirate King Gol D. Roger, the Roger Pirates are a pirate crew that cruised on the Blue Sea and is the only crew to have ever reached Laugh Tale, the end of the New World in the Grand Line. Following a similar journey to that of the Straw Hats, the Roger Pirates were known to be incredibly strong and even compassionate along their way, being the only people to have found the one piece and all of the secrets within it.

As part of the crew, there were several names that fans encounter throughout the story. Starting with Buggy, who recalls his time as a young lad as a Roger Pirate alongside Shanks, both of them growing up as young teens in the midst of the treacherous waters full of piracy, wealth and menacing threats. Both youngsters grew up to be very successful in their own ways. Although neither one reached the one piece, not even with the Roger Pirates, they are both renowned pirates all across the world, known for being Emperors of the Sea, even if by chance (yes, we’re talking about Buggy).

Later, two other apprentices would be disclosed in the story, the future Mink tribe leaders, Dogstorm and Cat Viper. The two future rulers of the Mokomo Dukedom were rescued by Oden, the daimyo of the country of Wano, on the bridge of starvation. Oden would give them warm food and kind accommodation, and thus, Dogstorm and Cat Viper would become Oden’s retainers, following the future Shogun in his journey. At the time, Oden was following his dream of seeing the world with the Whitebeard Pirates, however, he would soon join the Roger Pirates wishing to discover all the creatures and all of the countries the world possibly had to offer.

Although Godstorm, Cat Viper, Shanks, and Buggy are all still quite present in the story, there is still one crucial character from the Roger Pirates that has an incredibly important role in the story after all this time, even after the disbandment of his crew. That is none other than the first mate, Rayleigh.

Who is Silvers Rayleigh?

Rayleigh, also known as “Dark King,” is a retired pirate who formerly served as Roger Pirates’ first mate. Also known as the “Right Hand of the Pirate King,” Rayleigh is a notable figure all across the blue sea, not only for being from the time when the Pirate King was alive but also due to his impressionable strength and power, nearly deemed as undefeatable.

After the disbandment of the Roger Pirates and Roger’s execution, Rayleigh would eventually become a coating mechanic at the Sabaody Archipelago. By the time the fans get to know Rayleigh, he is already married to the ex-captain of the Kuja Pirates and certified doyenne, Shakuyaku.

What do we know about Rayleigh?

In usual One Piece fashion, there isn’t much information within the information we already have about Rayleigh. Bits and pieces of his past have been given throughout the course of over 1,000 chapters and episodes, and yet, none of it seems to concretely give a complete glimpse into Rayleigh’s past, present, and much less his future.

When it comes to Rayleigh’s past, it is known that he joined Roger’s Pirates after Roger himself was particularly impressed with a ship he had stolen. Although he was adamant about joining Roger’s adventure, declining the offer at first, the right-hand of the Pirate King would eventually follow Roger into all of their future endeavors. Regarding their journey throughout the Grand Line, only information at the surface has been shared through Oden and Whitebeard’s flashbacks of their time with the Roger Pirates.

In accordance with the events of the story, Rayleigh would settle in Sabaody after Hatchan saved him from accidental drowning. Although no one knows exactly why he would settle for this archipelago, this would be a key moment to determine that not long after, Rayleigh would start working as Sabaody’s coating mechanic. Around six months after Luffy went to Sabaody, Rayleigh had been missing. It was later revealed that he let himself be captured and sold as a slave, with the intention of stealing money from his new owner. However, his plans came to a halt upon spotting the mermaid, Camie, at an auction and aiding the Straw Hats in freeing the highly her.

During the events at Sabaody, Rayleigh was captured by Kizaru but swiftly escaped his grasp, showing his swordsman skills were on par with the Admiral. After the Summit War of Marineford, Rayleigh set off to Amazon Lily, where he found Luffy in absolute shock. Luffy and Rayleigh decide to head to an island in Amazon Lily, where the former first mate of the Roger Pirates vigorously trained the mourning straw hat. During this time, we learn that Rayleigh is anything but an ordinary pirate. Not only is he capable of using all three types of Haki, but his physical strength is absolutely unmatched, considering he defeats Sea Kings with his bare hands.

When it comes to his intellect, it is safe to assume that Rayleigh is also particularly intelligent and cunning. Over the course of 20 years, he has effortlessly managed to evade the grasp of the World Government and learned to exploit the slave-trading business on Sabaody Archipelago for personal gain.

Recently in the events of Post-Wano in the manga, and be aware of spoilers ahead, Rayleigh is again a possible recurring figure in the story. Sometime during Wano, the World Government decided to cease the existence of all Warlords of the Sea in favor of the new Pacifistas. This would lead to all Warlord’s territory being attacked and all of the pirates being captured, including Amazon Lily, the Kuja Pirates and, naturally, their captain Boa Hancock. Alongside the marines, Blackbeard also took a particular interest in Hancock’s devil fruit, going after the known beauty of Amazon Lily. Although the fight between Blackbeard Pirates, the Marines, and Rayleigh wasn’t seen in the latest chapter, the elderly man managed to evade the powerhouses, saving Boa Hancock in the process. It is also later on admitted that Rayleigh’s wife was the ex-empress of Amazon Lily, explaining exactly why Rayleigh is one of the two men, alongside Luffy, allowed to enter the women-only island.

It is entirely impossible to predict what else Oda has in store for Rayleigh. It is safe to assume that his story will only continue from here onward, especially considering all the information regarding the Amazon Lily, and the current agitation after the Wano war.