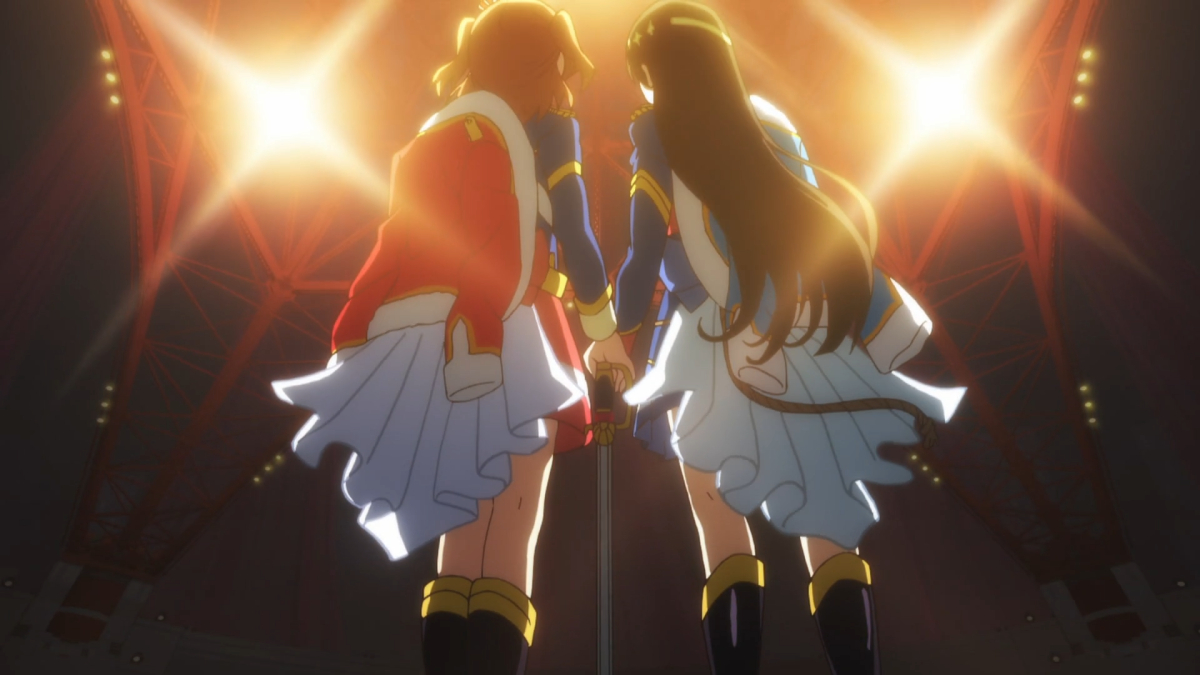 Sentai Filmworks announced today that it will release Revue Starlight The Movie in U.S. theaters this summer. The sequel to the 2018 serialized anime will premiere at Anime Central in Illinois ahead of theatrical screenings in June.

Set soon after the events of the 12-episode anime, the original two-hour film will follow Karen and Hikari’s third year at Seisho Music Academy. In a new subbed trailer for the film, which was released in Japan in 2021 following delays due to COVID, we see how the familiar cast is poised to battle each other through song and dance on the stage in the upcoming film.

Revue Starlight director Tomohiro Furukawa returns to lead the production as director at Kinema Citrus (the studio behind Made In Abyss) alongside returning composers Kato and Yoshiaka Fujisawa Tatsuya and screenwriter Tatsuto Higuchi.

Revue Starlight launched in 2017 as a multimedia franchise consisting of original musicals and manga, and in 2018 Tsubaki Ayasugi began serializing an ongoing manga adaptation alongside manga from Makimaki Mawaru and Kanata Nakamura.

Revue Starlight The Movie will screen at select theaters across the U.S. on Sunday, June 5 and Monday, June 6. Sentai did not announce any plans to dub the film.

Revue Starlight is streaming on HIDIVE, the exclusive streaming platform of Texas-based Sentai.