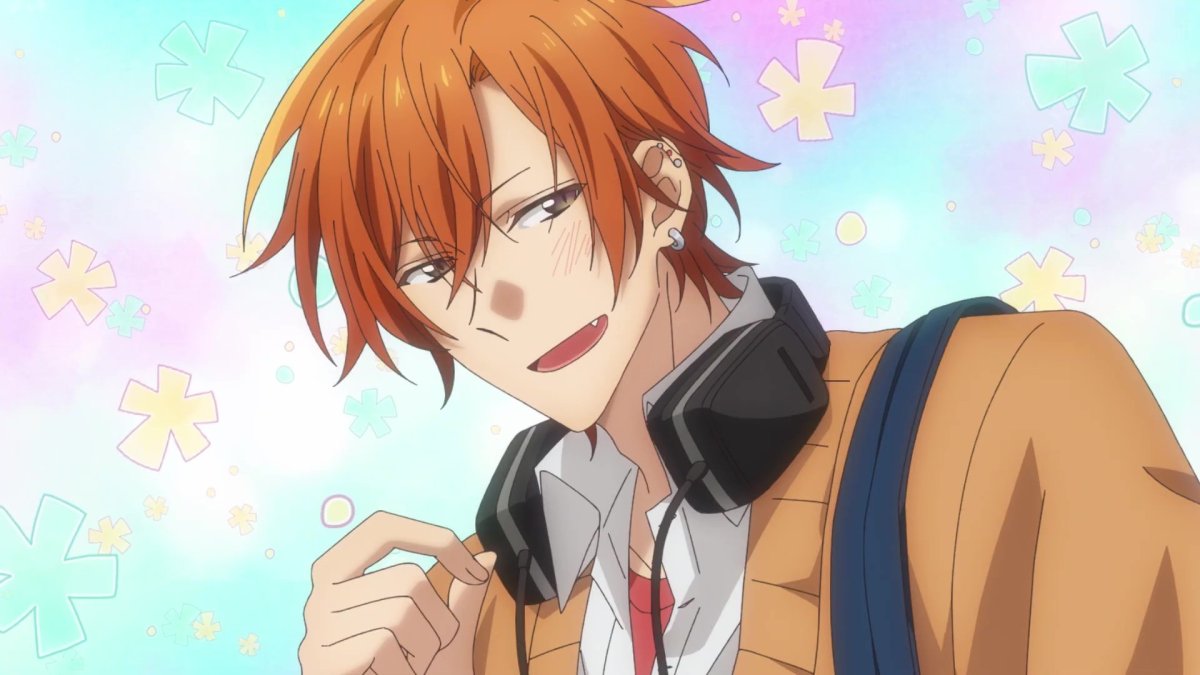 Sasaki and Miyano is a delightful new shojo anime for Winter 2022. Here’s everything you need to know about it.

The 13-episode series that premiered on Jan. 9 is an adaptation of Shou Harusono’s ongoing yaoi slice of life manga of the same name. Serialized online since 2016, in pixiv Comic, the shojo manga has amassed eight volumes so far, published in English by Yen Press. In 2019, Harusono began writing a spin-off manga focused on side characters Hirano and Kagiura — titled Hirano and Kagiura. Both Sasaki and Miyano and its spin-off manga have received novelizations.

It all started like a typical old-school boys’ love plotline — bad-boy senior meets adorably awkward underclassman, one of them falls in love, and so on and so forth. But although Miyano is a self-proclaimed boys’ love expert, he hasn’t quite realized…he’s in one himself. Which means it’s up to Sasaki to make sure their story has a happily ever after…!

So, if you like BL, know the difference between yaoi and shounen-ai, or just want to watch cute boys explore their first relationship together in a lovingly animated way, then be sure to check the first episode of Sasaki and Miyano out.

The prolific Studio Deen, known for classics like Patlabor: The Movie, Patlabor: Early Days, and 07-Ghost, animated the adaptation of Sasaki and Miyano. The studio has made a number of more recent popular and lighthearted series like Sakura Trick and Hetalia.

Shinji Ishihara of Fairy Tail, Log Horizon, and the yaoi Super Lovers is co-directing the series alongside Takehiro Ueno. Yoshiko Nakamura, another Super Lovers vet, is the series’ composer, while Maki Fujii (I’ve Always Liked You) is responsible for the fashionable character designs.

Funimation has never been known for their BL content, though the platform did notably pick up The Stranger by the Shore film last year. The service also streamed and dubbed Adachi and Shimamura, a yuri anime that felt like queerbait with how reserved and confused its main characters remained throughout the 12-episode season.

But in just the first episode of Sasaki and Miyano, Sasaki asked Miyano out (however, noncommittally, he may have played it off). While both boys have to come to a new understanding of their sexuality alongside their new crush, both are honest about what they’re feeling — and I can’t wait to see them stumble through their feels together.

Others are excited too. The series’ debuted at #16 on MyAnimeList’s Top Airing Anime chart. While BL fans on Twitter have been sharing screenshots of each new character design and every little sign of affection between the two, the most common point of enthusiasm is … how tall Sasaki is.

Sasaki and Miyano is streaming on Funimation with English, Spanish, and Portuguese subtitles. You can use Funimation in your browser, or download the Funimation App for Apple TV, Google Play, Amazon Appstore, and Roku on your phone, tablet, or TV. The Funimation App is also available on smart TVs made by Samsung, LG, and Sony and can be downloaded on consoles from the Xbox Store and PlayStation Store. Funimation is available in the United States, Canada, United Kingdom, Ireland, Australia, New Zealand, Mexico, and Brazil.

New episodes will premiere on Sundays.