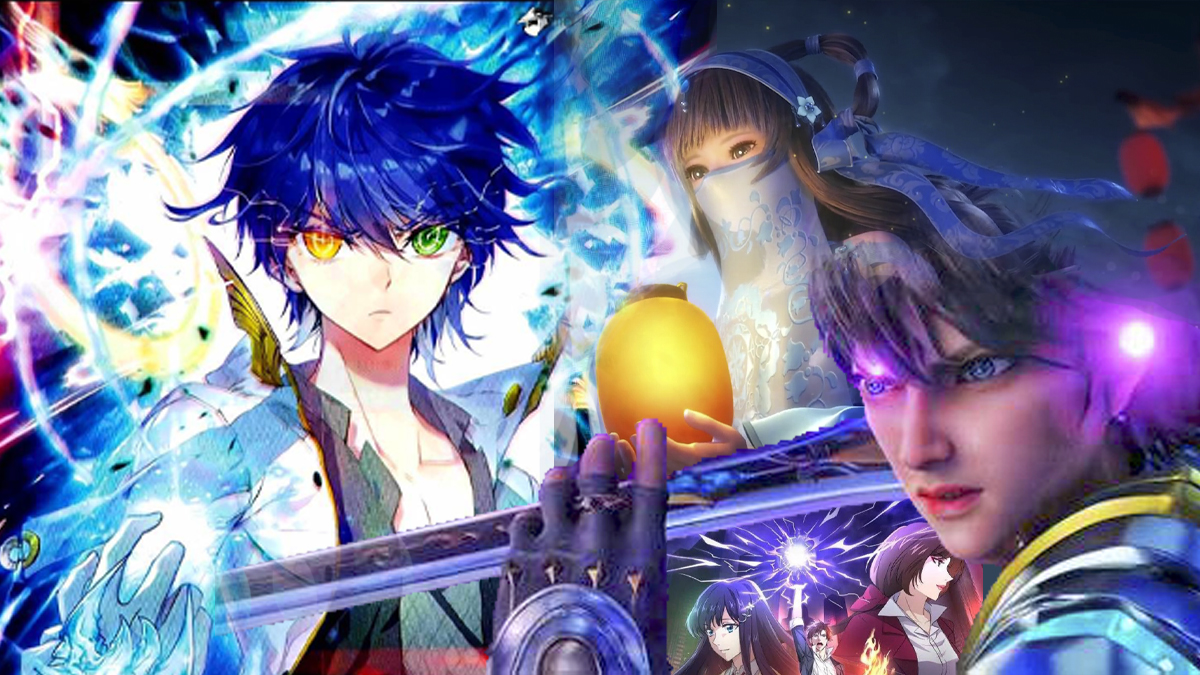 The word anime is analogous with Japan, as it originated in the country, but there are other countries that also make their own unique spin on anime, including China, where it’s known as donghua.

Chinese animation blossomed in 1918 with donghua used in commercial advertising. Donghua became known internationally in 1941 with the release of Princess Iron Fan becoming the first animated feature film in Asia. Although Japanese anime has become increasingly popular since the 1990s, there is still a lot of room for different types of animation throughout the world.

A lot of the Chinese donghua take inspiration from Chinese history and legends, and has its own unique style of artistry, which can be found in some its most popular donghua.

The Legend of Qin became China’s first ever 3D animation in 2007. Directed by Chen Qianyuan, the series follows a young man named Jing Tianming who lives during the Qin dynasty and is being hunted by the government, along with his allies, who each possess different magical gifts. Unbeknownst to him, he is destined to change the world. This donghua weaves historical events with mythology, told through the beautiful Chinese animation style.

The Legend of Qin can be watched on Crunchyroll.

Set 6,000 years in the past, Throne of Seal takes place in a world where demons have risen up and nearly caused human extinction. A boy named Long Haochen joins one of six temples devoted to protecting humanity. After he becomes a knight, Long sacrifices himself to protect the people of the world. He also seeks to win the Throne of Seal and be granted the highest honor — inheriting the throne.

Watch Throne of Seal at We TV.

Psychic Princess, otherwise known as Ton Ling Fei, follows the life of Qian Yunxi, a girl who was born with supernatural physic abilities, but because of her father’s status as the grand councilor, she is kept hidden away inside the Spirit-Cloud Mountain so as not to shame the family. When she turns 16, she is called upon to marry the Prince of Ye in her sister’s place. But the prince is known to be a cold, cruel man.

Psychic Princess can be watched on Crunchyroll.

Rakshasa Street is a donghua based on a Chinese comic, otherwise known as a manhua. In the Chen Xu fantasy, Requiem Street is an area where planes of existence between the earthly and spiritual worlds are weakened. Only people gifted with rare guardian spirits can enter Requiem Street, including Xia Ling, a seemingly normal young woman who find out she has a guardian spirit and has to fight to survive in a world full of evil.

The King’s Avatar is about a young man name Ye Xiu who is known as the best of the best among the many players of the popular multiplayer online video game Glory. Unwilling to take part in marketing of the game, Ye Xiu is forced to quit competitive play, but creates himself a new character and resumes playing with the hope of returning to his former glory.

Mo Dao Zu Shi is a donghua about humans who are trying to seek a state of immortality called Xian. Deviating from the traditional path to Xian, Wei Wuxian winds up following the demonic path. He is then reincarnated into the body of his mortal enemy, Mo Xuanyu.

Quanzhi Fashi, otherwise known as Full-time Magister, is about a high school student named Mo Fan, who grew up in a poor family. His father works hard to care for him and his younger disabled sister, Ye Xinxia.

Mo Fan’s life changes drastically when he’s magically transported to an alternate reality, where his scientifically advanced society is now magically advanced. Instead of attending a normal high school, Mo Fan now attends a magical school where the students are taught spells to ward off monstrous beasts in the realm.

Quanzhi Fashi can be watched on Youku.

Ling Don is a member of the Great Lin Clan, who seeks justice for the tainting of his family name, during the events of Martial Universe. After discovering a mysterious talisman that grants him the art of cultivation, he travels across the world to hone his skills. During his journey, he meets two very different women — Ling Qingzhu and Ying Huanhuan — and becomes romantically involved with both women. After discovering the Demon Sect’s plot to take over the world, he uses his skills to help humanity.

You can watch Martial Universe at Lucifer Donghua.

Douluo Dalu, or Soul Land, follows the death and life of Tang San, a young man who dies but finds himself reincarnated in a fantasy world where he begins life anew. He takes part in the Awakening Ceremony at the age of six to receive a special gift. Instead of one gift, however, he was gifted with two special abilities — Blue Grass and Clear Sky Hammer. His goal is to reach the ranks of Spirit Master.

Douluo Dalu can be watched on Tencent’s official YouTube.

1. The Daily Life of the Immortal King

The Daily Life of the Immortal King is a donghua adapted from the novel by Chinese author Kuxuan. Wang Ling looks like a normal student, but is nearly invincible after honing his powers year after year. After facing all his seemingly toughest obstacles, he just wants to lead a simple life, all while facing one of his biggest challenges ever, high school, which will prove easier said than done.

The Daily Life of the Immortal King can be streamed on Netflix.