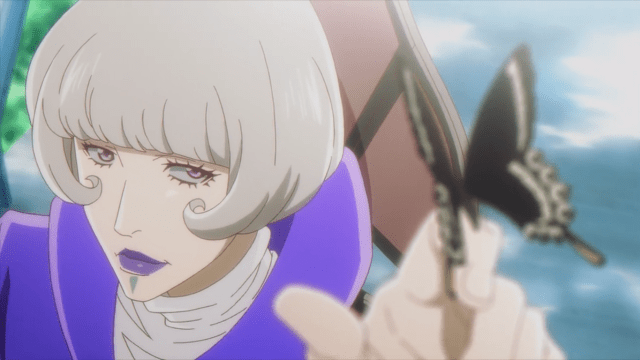 Over the years, anime films and television series have blurred the gender lines for many androgynous and genderqueer characters. There is a lot more LGBTQ representation in anime today, and while some characters have been received with mixed reviews, many have been praised for their accurate, interesting and unique portrayals of gender non-conforming individuals. In a world where there are multiple ways to identify, it’s refreshing to see the representation and progression of LGBTQ characters in anime.

Here are 10 awesome anime characters who never fit into one gender role, and who never needed to. Sometimes a character’s gender is revealed, and other times, it’s left to the viewer’s imagination.

One of the best parts about the high school comedy Baka and Test is undeniably the multi-scene stealer, Hideyoshi. A running gag in the series is the character often being mistaken for a woman. Heck, even his grandfather once called him the epitome of beauty. Hideyoshi is often admired by his male schoolmates, and has to keep reminding them that he is male, much to their denial. His soft eyes, calm demeanor and love for all things drama have made him a fan favorite, but his androgyny is definitely remarkable, with a striking resemblance to his temperamental twin sister Yuuko. He might get frustrated, especially when he finds he has been assigned a separate bathroom and changing room, but Hideyoshi doesn’t let it bother him too much. After all, he’s got plays to star in.

Fans of the futuristic, inspiring, musical anime can agree that Desmond was definitely a scene stealer. Assigned male at birth, Desmond is both non-binary and intersex and does not identify as male or female. This is largely in part due to hormonal changes brought about by radiation from Mars that turned their once strictly male body to a physically gender fluid one. Sporting a luscious grey bob, purple lipstick, and high heel boots, Desmond also appears to be much younger than they are, being middle-aged by human standards, and excitedly welcomed the changes to their body.

A fan favorite from the moment they appeared in the series, many are actually unaware of Hange’s gender identification. The beloved character was never gendered throughout the manga and was left entirely ambiguous. There has been a lot of debate about their gender, especially with the popularity of the anime where the squadron leader has been thought to present as traditionally female. However, according to the writer, Hajime Isayama, Hange’s gender is not in any way necessary to the story, and has refused to gender them.

By the fourth episode of this 2003 anime series, the titular character was revealed to have been born female and was not male as originally presented. The ambiguity surrounding their gender was prevalent throughout the story, and honestly, neither added nor subtracted from it. Even Kino isn’t their real name, but a name adopted from another traveler. Simply on a journey to see the world, this genderless protagonist’s identification was not a hot topic, but simply the norm.

While all viewers know from the jump that Haruhi is female, her best friends, the privileged members of the host club, assumed she was male right from their first encounter. She never once brought it up, continuing to float throughout the school with gender ambiguity as the latest member of the club. The series never made her gender a necessary plot for the show’s progression, and even went further with its representation as Haruhi’s father is a popular drag queen. Needless to say, in this family, personality and heart matter more than gender.

Self described as “neither a man nor woman,” Littner is the standout flamboyant character from the futuristic anime Gurren Lagann. He’s funny, charming, and extremely camp, often to the point of comic relief in the series, but that does not take away from their high intelligence and brilliance. They may not be the most physically involved, but trust Littner to provide all the tactical information necessary to get things done.

Assigned male at birth, Ruka has made it pretty clear in the series that she wishes she had been born a girl. This transgender character has been drawn to have traditional feminine features, and has often pulled the attention of several men in the series. There is a debate as to whether she is transgender or just simply gay, but her express desire and self-identification as female puts her in the former.

Nagisa’s androgyny is largely in part due to his abusive mother’s desire to always want a baby girl. When she had him, she dressed him up in female clothing and raised him as a girl. This serves as a deeper plot for the character’s development, but it is clearly established that Nagisa identifies as male. With long hair, soft features, and a calm demeanor, he is often seen as weak, but Nagisa is one of the most deadly assassins in the series.

Najimi is genderqueer and is delightfully receptive to any gender representation. They go by all pronouns, and wear a mix of stereotypical male and female outfits, donning a stereotypically female school uniform, but pairing it with a stereotypically male tie. They are cheerful, energetic, and regarded as “Everyone’s childhood friend,” with about five million friends. Najimi was assigned male at birth, but is fine identifying as male or female. One thing’s for sure though: it’s hard not to love them!

One of the most powerful depictions of LGBTQ individuals in anime, Ryuji Ayukawa, also known as Yuka, is a kind and confident transgender bisexual girl. Much like the aforementioned Najimi, Ryuji mixes up her uniform style, choosing a blend of stereotypically male and female styles. A deeper dive shows a much more emotionally stirring backstory to her character, but Ryuji remains strong above all, and a very beloved genderqueer anime character.