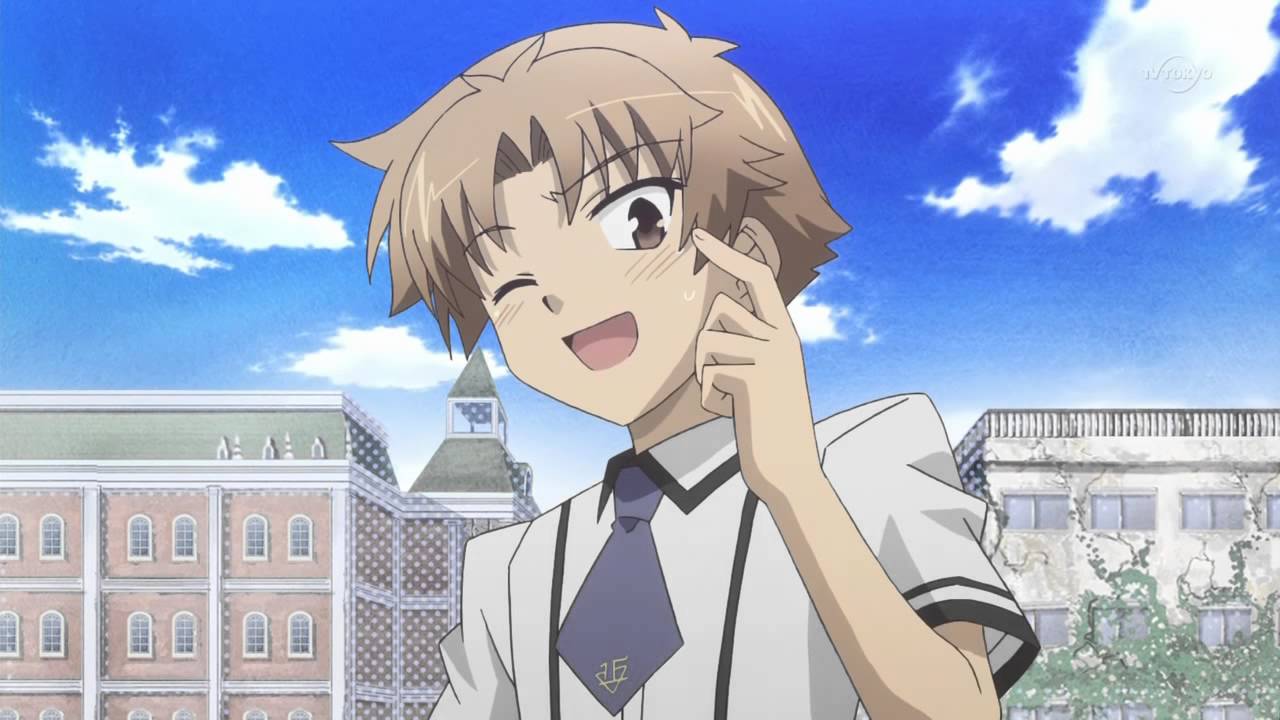 Anime fans will agree that some of the best characters and fun moments are found in the high school genre. This is something we can all relate to, high school being the time of coming of age, and beginning the journey of learning who we are and who we will be. These selections often go beyond run-of-the-mill teenage tropes, and create worlds of fantasy that live-action can’t even come close to.

There are a plethora of amazing anime series and films set in high school, ranging from comedies to horror and romance. While it would be difficult to pinpoint the best of the best across the board, here are some memorable anime set in high school, all with something unique to offer.

Your Lie in April

This 2016 anime focuses on Kousei Arima, who is a genius pianist that loses his ability to hear the notes of the piano after the death of his mother. He meets Kaori Miyazono, a talented and wild violinist who is adamant about Kousei being her accompanist on stage. Although Kaori is cheerful and optimistic, she hides a very dark secret from the people around her and a thrilling and moving relationship is formed between the two. While many high school anime series and films lean heavily toward slice-of-life, Your Lie in April is as dramatic as they come, with a captivating orchestra-led soundtrack to boot.

A very unique high school anime with an exciting plot, Assassination Classroom centers on the worst performing class of an elite high school. Their lives are eventually changed when an alien is introduced to them as their new teacher, Koro-Sensei. The catch however, is that the alien will be destroying the world in a year, and has decided to train his students to fight in order to assassinate him before the time comes. The students have to conquer lectures and exams, as well as learn new assassination skills to protect the world.

Heralded as one of the greatest anime films of all time, A Silent Voice is a true tearjerker. The film has elements of bullying, forgiveness, drama, and acceptance, and an excellently written story and characters that earned it an overwhelmingly positive critical reception. The plot begins with sixth grade student, Shota Ishida, who ruthlessly bullies his deaf classmate, Shoko Nishimiya, causing her to transfer schools. The pair eventually reunite in high school, and Shota, still battling with guilt and self-hate from years ago, must try his hardest to make amends, and does everything in his power to set things right between them.

A chilling horror anime, Another follows Koichi Sakakibara, who transfers into a new high school and has the misfortune of being put in a classroom that has a reputation for being cursed. He meets his classmate, the chilling Mei Misaki, who wades through life as a wallflower, ignored by everyone else at school. Together, they embark on a quest to find out if the class is truly cursed, while facing several gruesome incidents along the way. It’s one of the more underrated anime series, and has some pretty strong horror storylines throughout its 12-episode run.

An intriguing take on what the afterlife is for souls who refuse to move on, Angel Beats! presents the concept of purgatory, but with a high school twist. The 2010 anime follows Yuzuru Otonashi, who gets caught in the crossfires of a gunfight after appearing at an unfamiliar high school. He meets a girl called Angel and befriends her, and the two, along with the rest of the students, must discover a way to find inner peace in order to move on to the afterlife. The problem is, while on this quest, there are numerous entities seeking to trap their souls.

This anime delivers just as the name says. It follows the daily lives of three friends as they navigate high school and life. The show has become very popular over the years, and received a positive response from critics and fans alike. It’s a slice-of-life and comedy anime, which means it’s just the right amount of charming, funny, and most importantly, normal. The boys just have fun together and get into all kinds of mischief, which makes it the perfect show to unwind with.

HoriMiya is a high school romance anime that was released in 2021 and has already climbed many spots on several fans’ ranking of the most authentic love stories in anime history. The 13-episode anime follows the growing romance between the fun and popular Hori and the quiet outcast, Miyamura, as well as their relationships with their friends. The classic tale of opposites attracting is boosted by believable characters and a well-written plot.

Another underrated anime series is Baka and Test, which follows Akihisa Yoshii, a probationary student at the brutal Fumizuki Academy where a student’s daily life is determined by their test scores. The most brilliant students live lavishly in Class A, while the ones with the lowest scores are all in the way in Class F and are taught in terrible conditions. In order to move up the ranking, and enjoy better facilities, classes must battle it out on the school premises. It’s a hilarious light series, with some of the most lovable characters in anime.

This thrilling anime with a twist on elite high schools proved a huge success for streaming giant Netflix, and is one of the more popular anime in recent times. Hyakkaou Private Academy is an elite high school that houses the children of the wealthiest and most influential people in Japan, and student hierarchy is determined strictly by gambling performances, as opposed to academic or athletic brilliance. Yumeko Jabami, a cheerful and intelligent girl, transfers into Hyakkaou and is revealed to be a compulsive gambler and engages in high stakes from her very first day. The problem for the rest of the school is that Yumeko does not gamble for ranking, but for the thrill of it, which means she’s always ready to go all in. Needless to say, her presence rains disarray on the students.

This slice-of-life anime is one of the most heartwarming on the list. The 26-episode series follows a group of wealthy, privileged boys in a host club at school, whose lives are ultimately changed when a transfer student, Haruhi Fujioka walks into their host club. Her androgynous features make the boys think she’s also male, and when she mistakenly breaks an expensive vase, the only way she can repay her debt is by becoming a host herself.