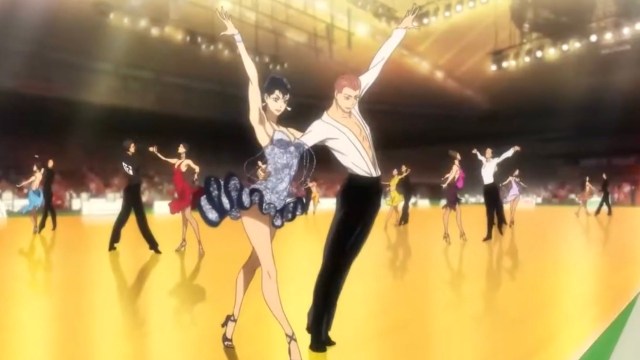 One of the best things about anime is its ability to give insight into worlds and industries in fun and exciting ways that keep us entertained. There are so many genres and subgenres of anime that you can almost always find something that suits your taste.

Dance anime as a subgenre of sports anime is a particularly exciting genre because it takes the excitement of common sports anime and matches it with the elegance of dancing, linking two intense activities for a perfectly balanced script. If you’ve been looking for some great dance anime to get into, here are some of the best ones, ranked.

Brave Beats is a heart-warming dance anime about the friendship between a sixth grader named Hibiki Kazaguruma and a dancing robot he finds named Breakin. Breakin has been banished from the Dance World to the human world after losing a challenge. To return to his own realm, he has to find the magical Dance Stones.

Hibiki and Breakin fuse together to become the dance superstar, Flash Beat, and they have to rush around the world to gather the Dance Stones before anyone beats them to it. It’s glitzy,  charming, and mostly suited to younger audiences, but the heart of Brave Beats is what makes it a well-rounded anime for viewers of any age to enjoy.

Street dancing is a type of dancing with its own rules and styles, and street dancers have to be the best of the best to make a name for themselves.

For Haneru Tobiatsu, being a famous street dancer is his ultimate goal. When he finds out that his idol, an anonymous dancer named Rhythm, is actually a shy girl named Kanon Otosaki, he convinces her to form a dance crew with him. As the Tribe Cool Crew, they are determined to dance their way to the top.

The Idolmaster takes a deep look at the world of girl groups and how difficult it can be to maintain your life and relationships while constantly striving to become the best around. The 13 girls of 765 Production are passionate about dancing, singing, and performing, but they begin to find it extremely hard to balance their family lives and friendships with the demanding and competitive nature of being an idol.

Many dance anime feature idol groups, and Wake Up, Girls is a popular anime that forays into the demanding conditions these groups go through. The anime follows a little-known idol group, Wake Up Girls, who sign with a nearly bankrupt agency. After Green Leaves Entertainment loses all of its clients, they decide to try for one final bid and sign on a girl group. The Wake Up Girls have to compete with other established idols in the industry to save their company and their careers.

Princess Tutu is a dancing fairytale epic that takes inspiration from classic stories like Swan Lake and The Ugly Duckling. It follows a duck named Ahiru who is granted the power to turn into the stunning ballerina, Princess Tutu, due to a magic pendant. With her powers, she must find the missing pieces of Prince Seigfried’s heart to resurrect him, so he can defeat the evil Raven and his daughter, Rue. The dance scenes and music are just two of several brilliant qualities that make this series a standout of the early 2000s.

Sports anime, and specifically dance anime, usually show the amount of passion and dedication that characters have for their craft. In HaNaYaMaTa, Naru Sekiya is a typical 14-year-old girl who only cares about fairytales and happy endings. When she meets an American transfer student named Hana, she realizes that there are many things to be passionate about, such as yosakoi dancing, which Hana is skilled at. She introduces Naru to the joys of dancing, and the two form a Yosakoi club in their school.

Anime set in middle or high school is commonplace, and anime set in the world of idols is also very popular, but Love Live! School Idol Project combines both of them. When Honoka Kosaka sees that her school is on the verge of being shut down due to low enrolment, she decides to form a school idol group to attract attention and encourage people to join her school. Her group, Muse, grows more popular than she ever thought, leading them to compete in the biggest school idol competition, Love Live.

Idolish7 follows the rigorous world of being an idol manager as Tsumugi Takanashi needs to train seven boys to become famous idols. When everyone gave up on them, she saw the potential in each member, but now she must work as their manager to train them to become worthy idols. The anime includes more than just dancing, and shows the boys and Tsumugi learn about their potential and true worth in a cutthroat industry.

2. Welcome to the Ballroom

Welcome to the Ballroom displays the high-stakes nature of competitive ballroom dancing with our protagonist, Tatara Fujita stepping onto the scene as a newcomer. He never had any goal to be a dancer and had always done his best to be a wallflower. When he meets a mysterious man named Kaname Sengoku, Tatara finds that he may be more suited for the limelight than he ever thought possible.

A critically acclaimed anime and one of the most adored sports anime of all time, Yuri on Ice follows the journey of a failed figure skater named Yuri Katsuki. After a very public defeat, he hangs his boots and takes a break from skating, but a viral video of him performing leads Victor Nikiforov, a figure skating legend and one of his idols, to his door. Victor, facing boredom and burnout from his career, decides to coach Yuri and help him become a champion skater again, and the duo form a very beautiful relationship that ventures into romantic territory. The anime is filled with intricately performed skate routines, wholesome themes, lots of humor, and one of the best anime soundtracks of all time.