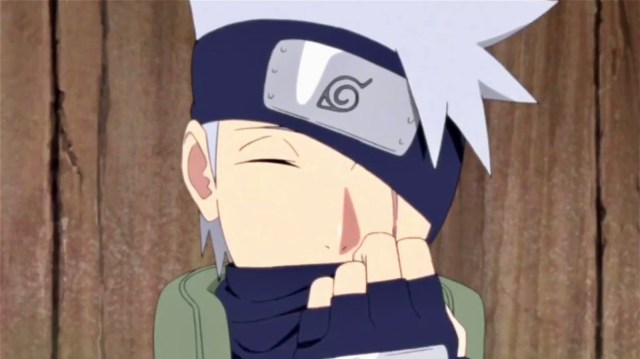 With so many different anime taking place in schools, it’s easy to focus solely on the students and their shenanigans and not pay much attention to the teachers. However, some of these teachers have been such memorable inclusions in these anime that they have shaped the future of many famous characters.

From the stern to the jovial and carefree, here are the best teachers in anime, ranked.

Baka and Test is one of the most slapstick and hilarious high school anime out there. Joining a host of bizarre characters is the stern and memorable Souichi Nishimura, known to his students as Iron Man. Souichi Nishimura is a man to be feared. The only teacher without an avatar, he leaves his post as narrator to ensure class F and Yoshi don’t fail and hamper the school’s reputation even more. He is extremely strict and isn’t easy on any of the students, but his hilarious antics and badgering personality have made him a fan-favorite.

Assassination Classroom follows an unconventional teacher who must prepare his students to face him at the end of the school year when he plans to destroy the world. Once the world’s greatest assassin, it was not easy for the students of Class 3E to have to kill their teacher, Korosensei, while studying for exams. He was able to create one of the most intelligent classrooms in the whole school and improved areas they had been struggling with in their personal lives. He was goofy and troublesome in nature, but he never hid or shied away from his responsibilities as a teacher. He always motivated his students, attended to them individually, and refrained from having a favorite, all of which are signs of a very good teacher.

The class teacher of UA class A, Shouta Aizawa isn’t the most powerful hero, but he’s a wonderful teacher. He helped Deku understand that he cannot keep shattering his body and going to get healed, and made Shinsou a student worthy of the Hero Course. His door is always open and he is always ready to apologize when he is in the wrong. Honest, truthful and strict, Aizawa is a good benchmark for what a teacher should be.

Once the strongest mortals in YuYu Hakusho, Genkai is the teacher of Yusuke Urameshi and Kazuma Kuwabara. She doesn’t shy away from being hard on her students, most especially Yusuke, whom she sees something in. She regularly offers an ear to the problems of all of the cast members, whether demon or human, and acts like a mother and a mentor to all characters in the shounen anime. Genkai is even willing to fight alongside Yusuke and his team just so they have enough members for the Dark Tournament and was more than ready to put her life on the line for her teammates.

In the Naruto series, there are a host of wonderful teachers, but none worked as hard as Kakashi-sensei. An obvious shoe-in for Hokage, he is the leader of Team 7 and the youngest ninja to ever reach the chunin rank. He taught his team the difficulties of the ninja world, instructed Sasuke on the Chidori, filled in for Kurenai’s squad during her pregnancy, and even took over Asuma’s squad following his demise. He is patient and open with his students.

Dragon Ball‘s Z fighter, Piccolo is one of the most powerful members of the Namekian race in the franchise. He is also a stern and devoted teacher, practically raising Gohan after the death of Goku. Piccolo also guided Trunks and Goten while they were training to perfect the “fusion technique” after Goku’s return to heaven. Piccolo is a gentle fighter and would much rather spend his time alone in the hills, but whenever he is needed by his friends, he always steps up to the plate. His hard and troublesome demeanor is often a guise that hides a very caring hero and friend.

The original teacher of the shonen protagonist, Master Roshi is known not only for his perversion, but for his ability to guide and train his students. He trained Krillin and Goku to become two of the strongest fighters on Earth, fought off an Ozaru Goku, and when his pupils needed him in the Tournament of Power, he stepped out to help. His personal life may be a bit of a mess, but Roshi never compromised his discipline as a teacher.

The former 12th Squad Captain, Kisuke Urahara was a mainstay in the Bleach series as he and the team in his shop would always help Ichigo and his friends whenever a threat arises. Kisuke taught Ichigo the first things he knew of his Zanpaktou and helped him reach the Soul Society and Hueco Mundo. Kisuke even stepped up and helped Ichigo defeat Aizen in a battle for the ages. A calm and jovial man, he always lights up the room when he appears and is one of the most beloved characters in the anime.

The Elric Brothers were smart with alchemy but despite that, they still needed a teacher to guide them and ensure they remained disciplined. Izumi Curtis did just that. Despite making the same mistake as the boys did, with trying to raise the dead with alchemy, Izumi is a courageous woman and one of the few people the Elric Brothers actually feared and respected. She also famously lent a helping hand in a few fights, most notably the final fight against “Father.”

Naruto’s second father and second teacher, Jiraiya is often seen as a pervert, earning the nickname “Pervy Sage.” Nevertheless he is a great and wise teacher. He taught Minato everything he knew concerning the basics of being a ninja, and the famous Rasengan. He also trained Naruto for three years, as well as training Yahiko, Konan, Nagato, and several other ninja while journeying around the world. A kind and powerful man, Jiraiya earned the respect of many, and his fatherly attributes cemented him as one of the franchise’s best characters.