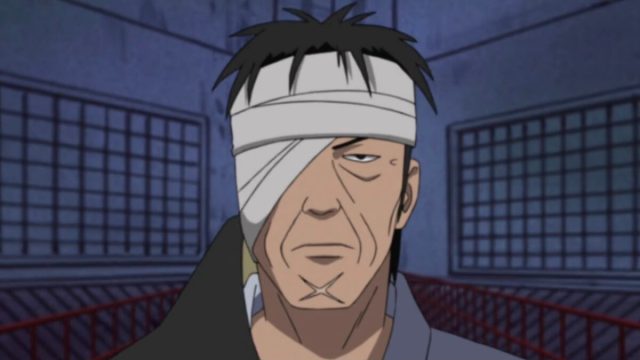 Many anime series would not be complete without some of the characters that fans have come to dislike. Whether they’ve committed unforgivable sins, have terrible personalities, or suffer from a lack of character development, there are several reasons why a character might be on the negative side of fans’ perception. While there are heroes and villains that make up this list, one thing’s for certain – these characters pissed off fans… a lot.

Here are 10 anime characters that fans just could not stand!

Now, even though many villains should make up this list, there are some protagonists that rubbed viewers and fans the wrong way. Enter Sakura, who might have been a hero, but suffered from a terrible personality flaw. Sakura has been tagged by many to be a mean-spirited hypocrite who tended to rely on the help of others, all while putting on a front of self-dependence. She also became quite obsessive over Sasuke, who did not care about her in the slightest. Because of her attraction to him, Sakura almost betrayed the Hidden Leaf village and became a villain. At the end of it all, while she has many redeeming moments, she is generally disliked for her obnoxious behavior, and for the way she bullied Naruto for years.

Now if we’re being totally honest, Near wasn’t a bad character at all. He was simply just introduced at the wrong time. Death Note is one of the most beloved and acclaimed anime of all time, so when Near solves the case that the fan favorite L apparently couldn’t — and finally defeats Light Yagami — fans were livid! Near being portrayed as smarter than L seemed to be the writer’s decision to end the series on a “good guys win, bad guys lose” note, but fans would have preferred it the other way around, especially since L had to die.

By all accounts, Orihime wasn’t hated for any despicable acts, but for her constant helplessness, which became annoying over time. Orihime would rather whine and complain about her weaknesses instead of focusing on and building her strengths. As the series progressed, she showed no signs of progress, especially in comparison to the bolder and stronger women around her. Orihime became overly reliant on the assistance of others, often feigning the damsel in distress. Worse yet, shipping wars contributed to her character being disliked, as fans wanted Ichigo to end up with the confident Rukia, blaming Orihime for ruining their dream pairing.

Shinji Ikari is the 14-year-old son of Gehirn bioengineer Yui Ikari, and also the designated pilot of the Evangelion Unit-01. After losing his mother and being abandoned by his father, Shinji began to take up more burdens than he could shoulder, resulting in recurring manifestations of his crippling anxiety and later, depression. However, the real (and kind of unfair) reason this character is greatly disliked is because he does not possess the qualities of the stereotypical protagonist – courage, leadership and strength. Shinji was scared, unsure, and a pushover several times in the series, and the character’s journey was a painful one to follow, and is one of the darker and psychologically troubling parts of the anime as a whole.

Nobuyuki Sugou, also known as the Fairy King Oberon in the game, Alfheim Online, was the chief of the Research Institute. While participating in the game, Sugou wanted Asuna to be his Titania and did everything to make that happen. Sugou is known to do hurtful things to people and had sexually harassed Asuna several times. He had a sleazy and untrustworthy personality that other characters and fans hated, for good reason.

Annoying, manipulative, and egotistical are just some of the words fans have used to describe this character. Malty was no stranger to abusing her authority and causing others misery, but the icing on the cake was when she falsely accused Naofumi of being inappropriate with her, leading to his humiliation.

Danzo Shimura was an elder of the Hidden Leaf village and the founder of Root, an organization of nameless shinobi who are sworn to protect the village no matter the cost. Regardless of his apparent nobility, Danzo became the cause of many tragedies that took place in the Hidden Leaf village. He forced Uchiha Itachi to kill off his entire clan, and took the eyes of the dead clan members, implanting them into his body. If that wasn’t enough, fans also found out his actions against the Amegakure orphans led to the birth of one of the series’ major antagonists, Pain.

Minoru Mineta is a character hated for his lewd personality. Minoru Mineta, also known as Fresh-Picked Hero: Grape Juice, is a student at U.A. High School with a crass demeanor. He became infamous and disliked for his perverted behavior, often stalking and sexually harrasing several girls at school. His creepy, lecherous, and disturbing behavior rendered him unlikeable, even to the other characters in the show. It got so bad that fans asked that he be written out of the rest of the anime at some point.

If you haven’t watched Attack on Titan, you’re probably wondering what a 12-year-old girl is doing on this list. Well, little Gabi Braun is actually a trained soldier and ruthless killer who was introduced to fans at the beginning of the final season. Gabi’s issues stem from the fact that she has been brainwashed since birth about the Eldians, believing them to be impure devils. While it would be harsh to blame her for her ideals, it’s important to note that Gabi took her hatred of the Eldians to the absolute extreme. However, what sealed the deal and made her one of anime’s most hated characters was when she fired the shot that killed a fan-favorite – Sasha Blouse. She may have seen the error of her ways later on, but “potato girl” Blouse was adored by many, and Gabi’s actions are considered pretty much irredeemable to Attack on Titan fans.

If you’ve seen this anime, or know anyone that has, the general consensus is that Shou Tucker and the word “forgiveness” should never be in the same sentence. Tucker was a bio-alchemist who had researched chimeras, and due to his research, had gained his State Alchemy License. With this license,  he began to create chimeras capable of human speech, using his wife as a human test subject. When he failed at achieving an alchemical breakthrough, he did the unthinkable and merged his four-year-old daughter, Nina, with her pet dog to create another speaking chimera. It’s safe to say, Shou Tucker ranks high on the most hated characters list for good reason. He was despicable enough to hurt his family just to keep his status.