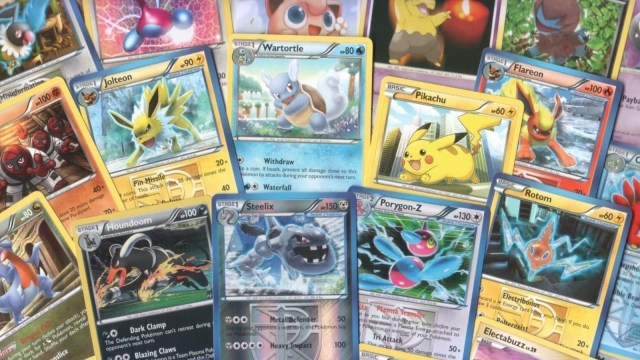 In today’s “news you never thought you’d hear,” Twitch streamer Cody (known as DSKoopa)’s gaming store Pink Gorilla Games located in Seattle, WA, was robbed at gunpoint by a thief who stole a PS3 and… Pokémon cards. DSKoopa generally streams the day-to-day happenings of his gaming store — of which he’s very proud — but things took a dark turn on Monday, Oct. 24, when an armed robber entered the store and stole some of Pink Gorilla’s stock.

According to Fox News, “the crime was caught on camera shortly after 5 p.m. Monday when a man dressed in dark clothes from head to toe, carrying a backpack and is wearing a mask walk into the store.” 33-year-old employee Jordan Carson was working at the cash register at the time of the robbery, when the anonymous assailant asked for a PS3.

“It was very casual, he had his hands in his pocket the whole time, it was a subtle motion, but it got the job done. I knew he had a gun,” Carson explained.

In the end, the thief made off with the PS3, Pokémon and Yu-Gi-Oh! cards and all the cash from the register.

“It pisses me off to get taken advantage of,” Carson said. “It’s the cost of having something people want and having a good price,  sadly it opens you up to thieves and people who would take advantage.”

Fox also reports that the thief had an alleged reason behind the robbery, which he revealed to Carson: “He specifically mentioned that his brother or someone was in the hospital.”

Concerned for his own safety and that of his co-workers, Carson said it wasn’t hard to decide a course of action. “It was an easy choice to give him what he wanted,” he said.

Unfortunately for Pink Gorilla Games, this isn’t the first instance of robbery. In July 2021, the store was broken into twice, totaling around $14,000 in theft and damages.

Although the robbery was thought to be randomized, Cody (DSKoopa) revealed that he’s seen the man before. Apparently, the same man appeared just hours earlier, banging on the doors while Cody was live-streaming.

At the time of writing, police are actively searching for the thief.