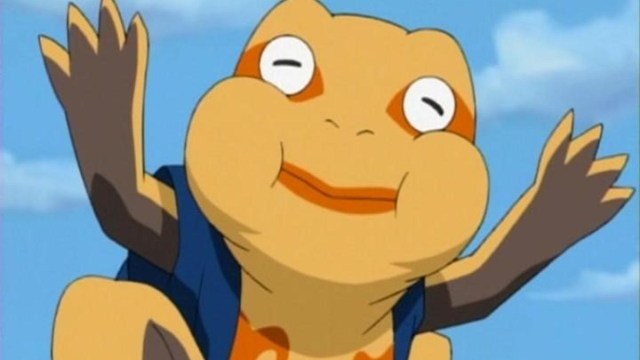 Naruto has had plenty of powers over the duration of the Naruto and Naruto Shippuden series, but one of the best is his ability to summon allies including toads.

While Gamakichi might be the most commonly used summon of Naruto, there is another toad who shows up multiple times in the anime called Gamatatsu. As the series continued these appearances became more brief, leading fans to wonder what exactly happened to this toad and where are they now. While not all information is clear, here’s everything we know.

As far as we know from both the anime and manga, Gamatatsu is still alive, but what he has been up to is not clear. Most likely the character has remained at the Toad Village and perhaps we could see him show up during Boruto.

The last time we saw Gamatatsu on screen was during the Paradise Life on a Boat arc of Naruto Shippuden. During this time Naruto summoned Gamatatsu to bring food to help himself and Guy sensei recover strength after being infected by poisonous mushrooms.

Following this point in the series, we don’t see Gamatatsu again. The fact that this toad doesn’t get the most screentime shouldn’t be surprising as in the manga Gamatatsu only has a single appearance.

The character debuted in the Search for Tsunade arc during Naruto’s battle with Orochimaru but never again after this, nor in Shippuden.

If we do see Gamatatsu show up in Boruto it would most likely take place in a filler arc as it would seem extremely unlikely for the character to show up again in the manga source material.