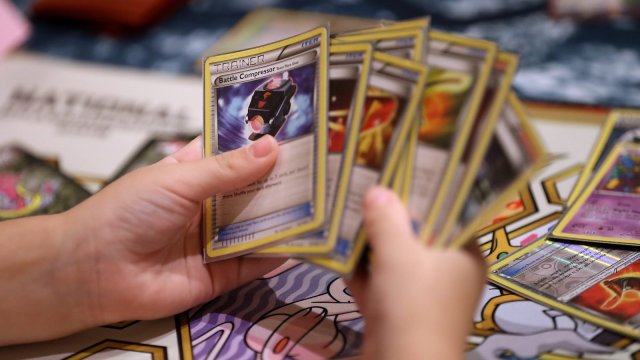 For the first time ever, The Pokémon Company is developing an unscripted reality show based on the Pokémon Trading Card Game. The franchise has had many video games, seasons of TV, and movies, but this is a bold new direction for these popular creatures.

Serebii announced that casting is open for an unscripted series that will involve the Pokémon TCG, and it’s an open call for Pokéfans of all ages. The exact format and style of the show has yet to be determined, but the poster announcement laid out the terms.

“From dedicated competitors in the Play! Pokémon programme and casual players battling after school with friends and family to collectors or general enthusiasts, we’re looking forward to spotlighting the stories of our diverse TCG fans,” said Barry Sams, vice president of The Pokémon TCG. “Anyone in the Los Angeles area with a Pokémon TCG story to tell is encouraged to apply.”

The Pokémon Company is set on attracting fans at various levels of experience, from the hardcore players to the newbies, the show offers viewers a larger perspective of the game and the people who play. The poster also asks for applicants to state their interest in the Pokémon TCG, whether it’s to increase their skill level or to connect with their loved ones, and a Pokémon TCG expert will be there to help them make the most out of their experience.

The full details aren’t confirmed yet, but it will likely show the individual growth of players and provide something for everyone. For the hardcore players, there are sure to be helpful details and tricks of the trade, and for those seeking a more personal experience, it’s likely to be heartfelt moments about how Pokémon has affected people’s lives.

The Pokémon TCG became a schoolyard sensation back in 1996 alongside the popular games. Fans would trade their cards to collect them all and do battle with them in an effort to become the greatest champion. As the years have gone by, the franchise has only gotten bigger and the trading cards more valuable. Many holographic and first edition cards from the original set are worth thousands of dollars for their rarity, and the prices keep rising.

The Pokémon TCG show is taking Pokémon into yet another frontier, and based on its string of recent successes including its augmented reality game Pokemon Go, that won’t stop anytime soon.

For those who believe they have what it takes to be the next Pokémaster, they can apply to be on the show using this link: CastingCrane.