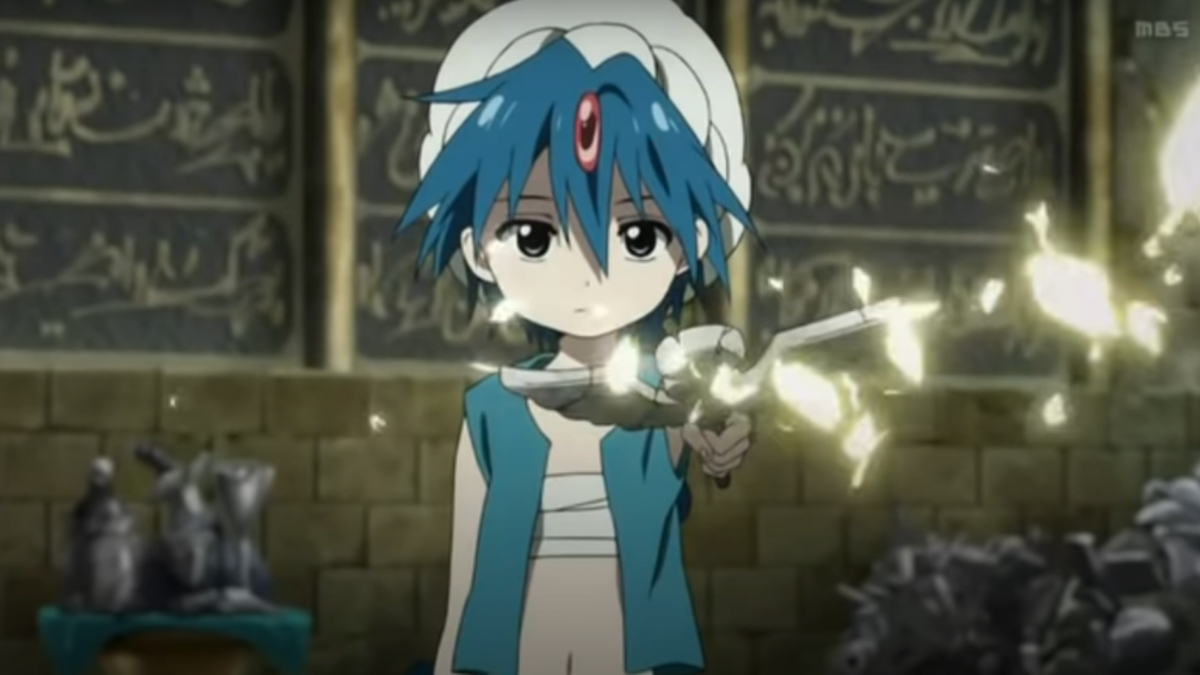 Warning: The following article contains spoilers for Magi: The Labyrinth of Magic and Magi: The Kingdom of Magic.

Wouldn’t it be great to be a wise ass with extreme magic powers? If this is a fantasy you’ve always nursed, then you should watch the anime Magi: The Labyrinth of Magic, which is followed by its sequel, Magi: The Kingdom of Magic. Based on the popular manga by Shinobu Ohtaka, the Magi series follows the journey of Aladdin, the fourth known magi of his era, along with the adventures of his friends, Alibaba Saluja and Morgiana.

However, in case you want to know more before starting Magi: The Labyrinth of Magic, let’s answer some obvious questions you may have regarding this anime. For starters, what is a magi anyway, and what are their powers?

According to the mythology of the Magi universe, the first magi mysteriously appeared during a time of great hardship, with a series of pestilences plaguing humankind. Arriving on the scene as a mere boy with a staff, he used the instrument to erase the afflictions and to summon a giant tower. The boy told the people that whoever entered the “Dungeon” and conquered it would become the king of the first country. While many died trying to overcome the Dungeon’s challenges, one boy made it out victorious and became the first king of humanity.

Ever since that time in history, three magi have appeared in every era. However, in Magi: The Labyrinth of Magic, it’s revealed that Aladdin is actually the fourth magi while Gyouken Ren is discovered to be the fifth later on in the Magi series.

As depicted in the Magi anime, a magi’s primary mission in life is to choose a Dungeon Capturer (also known as a King Vessel) to conquer a Dungeon and become a king, thereby shaping the destiny of countries and empires. Also, as special magicians who outrank all others in their universe, they boast a wide range of impressive powers that can be utilized to fight for the interests of their civilization of patronage.

What are their powers?

Throughout the course of Magi, the powers of a magi are shown to be awe-inspiring at a god-tier level. In the world of Magi, certain people with special objects (such as Metal Vessels, Household Vessels, Magic Tools, and Magicians) have the ability to use magoi, a type of energy that can be channeled into power. This energy, in turn, comes from Rukh, a mysterious force that directs the path of Fate and Destiny.

However, while other users can only utilize the magoi that exists inside their bodies, magi can go a major step further, possessing the ability to pull magoi from their surroundings as well, with the only cap being their body’s physical limit. Often, a magi can overuse magoi, thus needing to rest and eat afterward to avoid possible dire consequences, including serious injury or even death.

Magi have many interesting abilities that can be manifested through magoi, which include the power to summon and banish Dungeons, manifest a Djinn outside of a Dungeon, and sense Metal Vessel users. As previously mentioned, they can also select Dungeon Capturers, also known as King Vessels, and lead them to become a king, empowered by whatever riches and Djinn magic they won in the conquered Dungeon.

Another power that magi have access to is called “Solomon’s Wisdom,” also referred to as “The Power of Prophecy,” which allows them to hear the “Rukh’s Will” by receiving a window into the past, present, and future, an experience they can also share with others. Magi can even utilize this ability to summon departed souls, bringing them back to life for a final farewell. It also grants a magi “Omniscience,” i.e., access to all the knowledge that the human race has ever acquired. However, they must carefully regulate their information intake, thereby avoiding knowledge overload.

After achieving “Solomon’s Wisdom,” a magi is then able to perform a “Miracle” — the power needed to dispel the darkness caused when certain people go against the “Rukh’s Will” in an attempt to alter the course of Fate and Destiny, utilizing the “Black Rukh” spawned through the negative feelings of malice and hatred.

Magi: The Labyrinth of Magic is streaming on Crunchyroll and Hulu.