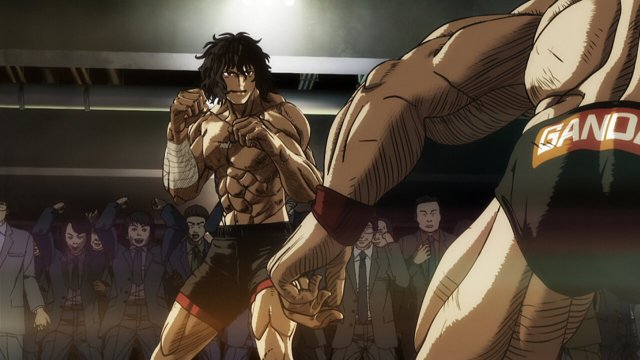 Anime fans have been drawn to watching Kengan Ashura with all of the competition that surrounds the show, as well as the drama that unfolds while searching through the past. Yamashita Kazuo, a normal citizen of Japan, happens upon Ashura, a street fighter who dominates every opponent he faces in his battles on the streets.

Kazuo ends up becoming Ashura’s manager and the two enter the Kengan Annihilaton Tournament, the biggest tournament in Japan. The winner gets a position that holds great power and brings great honor whoever holds it. Viewers have loved the competition as well as learning about both Kazuo and Ashura and both of their pasts. All of this has fans wanting to know if there will be a third season of Kengan Ashura.

Will there be a third season of Kengan Ashura?

Things are looking very good for a late 2022 or an early 2023 release date for a third season of Kengan Ashura. Even though there has not been any sort of formal announcement, there was an announcement on Twitter that anime fans could take and run with. The fact that the show was feeling confident enough to put some sort of announcement on Twitter shows that the writers are very motivated to get working and complete another season of the show.

An official announcement with a firm date will be released when the writers of the show feel comfortable enough to do so, but anime fans will be pleased to know that things are trending for a season three release sooner rather than later.

What will take place in season three?

Season three will be well worth the wait for viewers as the show still has a lot of different angles to cover. The final round of the tournament still needs to be addressed. Many fans also theorize that the show will end up digging a lot deeper into the rivalry between both Ashura as well as Kiryu Setsuna.

Another fan theory that has taken some traction is that the show will now be a spinoff and the show Kengan Omega will take its place. The writers have a lot of freedom to work with due to the fact that the show might have seemingly wrapped up based on Chapter 236 has finished up. The story that continues has to do with other battles that are going on.

Fans are excited to be able to stream season three on Netflix as soon as they can.