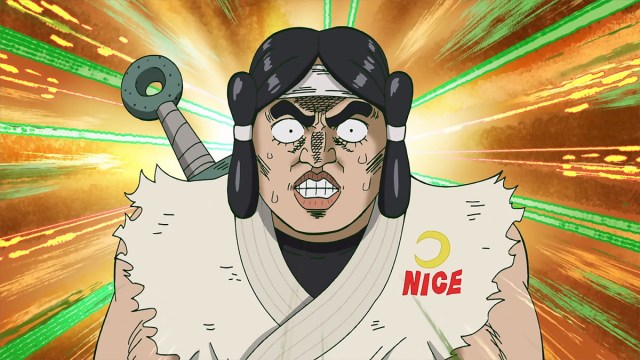 Warning: The following article has spoilers about Haruaki Amakusa’s fate in the manga.

After years of anticipation, the long-awaited Devine Tree Arc from the Mob Psycho 100 manga, finally got an animated adaptation. Since it began airing in 2016, Mob Psycho 100 has been one of the most sought-after animes of recent years, earning two full seasons to begin the story of Reigen and Mob, and all their adventures in between. With the second season’s premiere in 2019, a lot of speculation arose surrounding the continuation of the anime, as fans impatiently waited for more of the fan-favorite psychic duo — as Reigen would like to believe.

The time finally came for Mob Psycho 100 III to finally arrive at Crunchyroll, starting with a bang: teenage existential crisis and adult future dread. Since the well-received episode finally debuted on the anime streaming service, fans just seem to want more and more, looking forward to what the future brings to the team — and as per the second episode, it brought them a… Yokai Hunter?

In the second episode, the audience is introduced to Amakusa, a strong-built man who uses a very slurred, old, hard-of-understanding speech. With his hair set in a mizura style and wearing a gi, the traditional Japanese uniform used in Karate, the self-proclaimed Yokai Hunter burst into the doors of Reigen’s office, begging for help. From his introduction alone, the personality of this peculiar, albeit interesting character comes through: he is a weird, funny guy, with a tendency to embellish his own actions.

Throughout the episode, Amakusa discloses a few facts about himself — his parents are very wealthy and support his life choice of becoming a Yokai Hunter. The hunter also admits he arrived at Seasoning City after sensing an evil presence, while on his way to find and hunt the evil yokai horde, the Hundred Demons. As for what the Yokai are, from the simple description given by Amakusa, they are supernatural entities and spirits that want to steal energy from the masses to resurrect the Great Yokai King.

Regarding Amakusa’s strength…it leaves a lot to be desired. Although he is capable of sensing the presence and activity of the Yokai, he isn’t necessarily strong enough to defeat him — especially considering it took him three days to kill a small Yokai. The hunter wields a supposed holy sword, that is immediately destroyed by the first Yokai they face while it just took seconds for Seriwaza to obliterate the supernatural being.

As for whether the hunter will come by our screens again, it is very unlikely as the upcoming arc has no appearances of the Yokai Hunter, for he only appears in Chapter 93, during the Devine Tree Arc.

The third episode of Mob Psycho 100 III will be airing on Oct.19 at 12 pm ET on Crunchyroll.