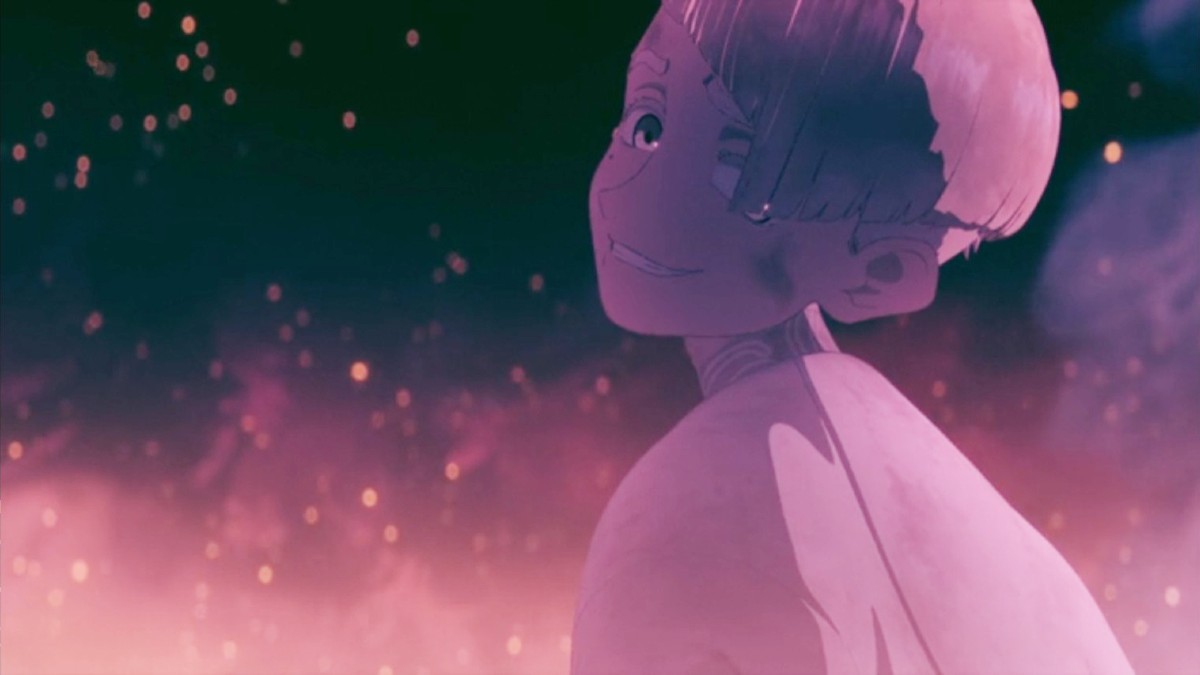 Trigun Stampede begins with a tale of two brothers in an epic escape for their lives, but when they get older they find themselves on different sides of a war.

The first scene shows Vash, the protagonist of the story, and his twin brother Nai aboard a spaceship that’s exploding and in freefall. The spaceship consists of Plants — human-like inter-dimensional beings who are used by humans for their power and energy — and both Vash and Nai are Plants.

Vash searches desperately for Nai and his caretaker, a woman named Rem, and when he finds them she leads the boys to a spacecraft to fly away from the chaos. Vash asks for her to come with them, but she remains behind and sends them off to the planet Noman’s Land. As they fly through the debris of Plant fleet ships to get there, Vash calls out for Rem as one would a mother, but Nai is mysteriously quiet.

The story jumps forward in time and shows reporters Meryl Stryfe and Roberto traveling across the scorching planet in a vehicle. A newscast on the radio reports from the JuLai government that it’s requesting information about a fugitive nicknamed the “Humanoid Typhoon.” This fugitive is actually Vash, but he’s not the one responsible for all the destruction he’s being blamed for, and Meryl and Roberto realize this when they find him and learn that he may be a gunman but he’s not a fighter and prefers to resolve conflicts peacefully.

Vash proves that what he’s saying is true when he duels the leader of the JuLai military police and saves the town of Jeonora Rock from missiles using a single bullet and a rock. The day is saved but there’s still unfinished business. Roberto noticed that Vash is afraid of something and Vash admits that it’s his brother. It flashes back to the beginning of the episode with young Vash and Nai after they’ve landed on the planet. Nai is standing atop a structure and celebrating the destruction above, congratulating himself for succeeding. Vash cries that he killed everyone including Rem, but Nai says that he’s his accomplice.

It cuts to a figure in a robe with his face hidden by the hood playing piano maniacally in what looks like an ancient chamber. This is Vash’s brother Knives Millions. Knives is informed that the military police have found Vash and he asks to be taken there to retrieve him. He calls them filthy parasites and says that this time he’ll completely eliminate them. His days of destruction are far from over.

In the original anime, Knives was the older brother of Vash the Stampede. In this origin, Knives had a fascination with humans, but that turned to hatred when he saw the Plant named Tesla’s battered remains which humans were responsible for. Knives didn’t trust humans after seeing this and began hurting himself before he would hurt others.

Knives would also destroy the fleet of Plant ships to prevent the colonization of a new home planet in the original story as well and he was unable to convince his brother to join him in his mission against humanity. How this will all play out in Trigun Stampede has yet to unfold.