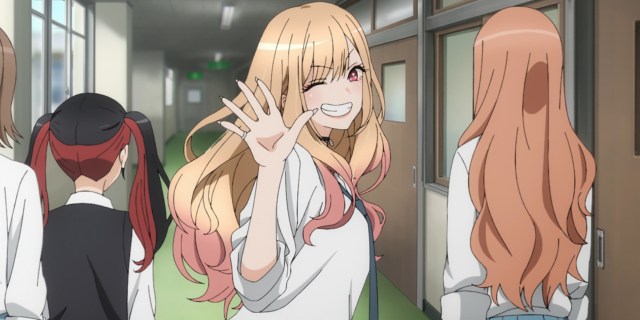 My Dress-Up Darling was one of the year’s most popular new anime. Based on the manga series written and illustrated by Shinichi Fukuda, the anime adaptation made by CloverWorks quickly gained a massive fanbase, and several of its scenes reached meme status in the anime community. Unsurprisingly, fans are desperate to know if the show will get a second season.

So if you’re desperate for more cosplay fun, here is everything you need to know.

What is My Dress-Up Darling about?

My Dress-Up Darling follows Wakana Gojo, a first-year high school student who isn’t very good at making friends. However, despite this, Gojo has a dream. He hopes to become a Hina doll craftsman and delights in making both dolls and their outfits. Gojo develops a crush on Marin Kitagawa, a popular girl. Gojo thinks Kitagawa will never give him the time of day.

However, one day, Kitagawa walks in on Gojo sewing a doll outfit. Kitagawa reveals that she has always wanted to cosplay but has never had the skill to make a costume. She asks Gojo if he can make it for her, and despite having never made human-sized clothes before, Gojo agrees, sending the pair on an exciting adventure of cosplay and discovery.

Will there be a season 2 of My Dress-Up Darling?

Currently, there are no announced plans for My Dress-Up Darling season 2. However, fans expect one will eventually be made as the first season did exceptionally well, and there is still plenty of manga left to adapt.

The anime only adapted the first five volumes of the manga, and at the time of writing, the series currently has nine volumes available. On top of this, the manga is still ongoing, and it is being serialized in Young Gangan magazine. So there is plenty of content left to work with, even if the anime studio will have to wait a little while to get a whole season’s worth of adaptable manga.

Currently, a rumor about season 2 is circulating on social media. The show’s official website announced that there would be a special event on September 17th, called My Dress-Up Darling Eh～?! It’s OMG crazy to see you all! ～.

Fans are wondering if this event will feature an announcement about season 2, especially because you can get tickets for this event by buying the anime’s latest DVD and Blu-ray, so this event really seems tailor-made for an announcement. However, at the current time of writing, nothing has been confirmed, so fans will just have to wait and see.