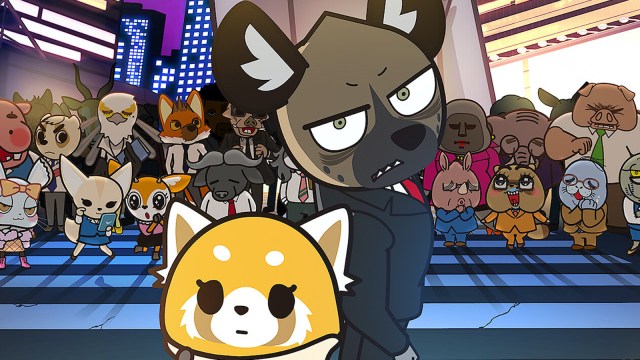 When Aggretsuko debuted, the show hit the ground running and was able to captivate fans of anime and critics alike. Lovers of the genre — especially young adults — were immediately able to relate to Retsuko, a young accountant who was doing her best to find her way through life and the problems that young adults seem to find themselves in.

Viewers related to watching her take on the daily grind and dealing with her problems by going out to the bar and singing karaoke, a common hobby that many people find themselves doing on a Friday or Saturday night once the work week is all finished up. Her hard work starts to show as her attitude toward her job declines and she takes a new approach on life. All of this has lovers of the show wanting to know if Aggretsuko will be getting a season 5.

Will Aggretsuko get a season 5?

According to Devdiscourse, Aggretsuko will more than likely have a season five release date sometime around the beginning of 2023, unlike how the fourth season had a release date in December. Aggretsuko fans can breathe a sigh of relief now knowing that the show will not be going anywhere.

Fans have loved watching the evolution of Retsuko’s character from the start of season one until now. Starting in season four, those who watched were able to see some of her fellow coworkers at her office and some of their own life situations and what goes on in their lives and how they deal with what they have going on. It will be interesting to see which way the writers take the story from here.

Viewers have an idea that the major plot in the next chapter will be what happens between Retsuko and Haida. Haida admitted some things to Retsuko which has put a new stress on Retsuko’s mind. Retsuko will also unfortunately continue to have to put up with the unnecessary poor treatment of her by her coworkers. Lovers of the show are excited to see where season five will take them.

Aggretsuko has become somewhat of a cult classic. The way the show talks about real-life issues and scenarios gives fans an outlet and peace of mind knowing that there are characters out there experiencing the same things that they are. The fact that the show continues to evolve shows how it will be able to adapt to any circumstance and situation the world finds itself in. Anyone can stream the show on Netflix.