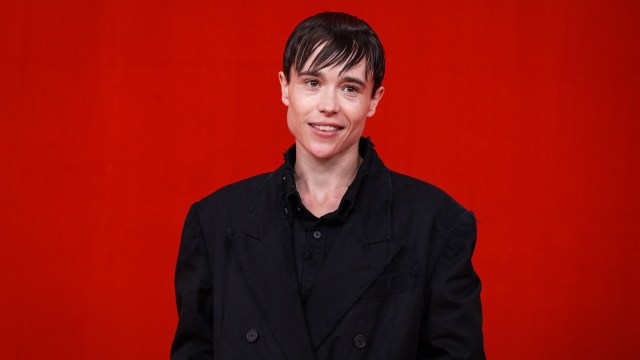 It’s International Non-Binary People’s Day! And you know what that means; We Got This Covered gets to celebrate all the gender non-conforming folks of the world who smash the gender binary on a daily basis to do the LGBTQ+ community proud.

These celebrities live — unashamedly — as themselves each and every day, despite the stigma surrounding the label. For an individual to identify as non-binary, they would qualify under the “third gender” umbrella – widely popular in cultures such as Native Hawaiians and Tahitians wherein “Māhū” describes a “person of indeterminate gender.” Conceptually, non-binary was devised to categorize peoples who define themselves as neither man nor woman.

Separate from sexual orientation, gender identities and gender roles are embraced mostly in LGBTQ+ and queer subcultures, having become more mainstream as modern society progresses to integrate these non-conformist identities. Unfortunately, there has been a lack of cultural understanding surrounding non-binary persons and therefore the identity isn’t always accepted, but on this International Non-Binary People’s Day, we are here to celebrate the diversity of the gender non-conforming community and raise awareness as to the existence of non-binary individuals – some of whom we’ve come to know quite well.

In December 2020, Elliot Page — formerly known as Ellen Page — come out as a transgender male on his social media accounts, specifying his pronouns as he/him and they/them and announcing his new name: Elliot. Ever since, Page has been an inspiration for both transgender and non-binary youths. Page appeared on the cover of the March / April issue of Time magazine — becoming the first openly transgender male to do so — and in the featured article discussing his gender identify, Page shared that he considers himself to be queer and non-binary.

Singer-songwriter Sam Smith came out as gay in May 2014, shortly after ending a relationship with actor and model Jonathan Zeizel. Initially, in October 2017, Smith came out as genderqueer — an umbrella term for non-conforming identities that are outside the gender binary — and told The Sunday Times, “I feel just as much a woman as I am a man.” However, two years later, Smith announced that they identify as non-binary and changed their gender pronouns to they/them. Smith wrote on Instagram, “After a lifetime of being at war with my gender I’ve decided to embrace myself for who I am, inside and out…”

Renowned singer-songwriter Demi Lovato, who might be one of the most famous non-binary celebrities currently, describes their sexuality as “fluid.” Originally, in July 2020, Lovato labeled themselves as queer after mourning the death of their Glee co-star Naya Rivera, but in March 2021, they re-defined this label as pansexual and sexually fluid, telling InStyle magazine that they “are open to finding love with someone of any gender.” Just two months later, Lovato took to Instagram and came out as non-binary and wrote, “This has come after a lot of healing and self-reflective work. I’m still learning and coming into myself; I don’t claim to be an expert or a spokesperson. Sharing this with you now opens another level of vulnerability for me.” Lovato quietly updated their pronouns to include she/her in April 2022, reflecting this change in the bio section of their Instagram account.

English actress Cara Delevingne openly identifies as bisexual and pansexual. Delevingne came out as genderfluid in May 2018, specifying her pronouns as she/her. Speaking to Vogue, she said, “When I first realized that gender is so much more fluid than ‘masculine’ or ‘feminine’ it was a breakthrough moment for me.” Delevingne touched briefly on how to become a happier and healthier version of yourself by accepting your unique quirks and imperfections. “The cracks and flaws are the things that people try and hide away, but those are the things that make us who we are,” she said.

Like Delevingne, Monáe identifies with both bisexuality and pansexuality. When self-describing, Monáe stated that she was “someone who has pushed boundaries of gender since the beginning of [her] career.” She went on to clarify, “I feel my feminine energy, my masculine energy, and energy I can’t even explain.” Recently, in April 2022, Monáe came out publicly as non-binary for the Red Table Talk, saying, “I’m non-binary, so I just don’t see myself as a woman, solely … I feel like god is so much bigger than the ‘he’ or the ‘she.’ And if I am from God, I am everything.” Following the announcement, in an interview with the Los Angeles Times, Monáe specified her pronouns, saying, “My pronouns are free-ass motherfucker — and they/them, her/she.”

In January 2016, actress and singer Amandla Stenberg came out as bisexual, although they had previously stated that pansexual is an accurate term as well. Also in 2016, during March, Stenberg came out as non-binary, specifying that they use both she/her and they/them pronouns. However, in 2018, the Hunger Games star came out as gay, saying, “I’m grateful for how being gay has afforded me this ability to experience and understand love and sex, and therefore life, in an expansive and infinite way.” When speaking on gender non-conforming identities, Stenberg took to Tumblr to write, “Something we are struggling with is understanding the intersection of feminism and gender identity.”

Chilling Adventures of Sabrina actor Lachlan Watson — who was recently announced to be portraying Glen/Glenda in the second season of Syfy’s Chucky series — is publicly non-binary and pansexual, choosing to go by they/them pronouns. In November 2018, Watson featured on a Netflix-produced talk segment titled What I Wish You Knew: About Being Nonbinary to discuss gender identity with other non-binary celebrities Jacob Tobia, Liv Hewson, and Shiva Raichandani. They said, “People think of gender as a finite and objective thing — that it starts here and it ends here — and that you go from one place to another. And it’s not that. For me, it just keeps going. It’s a continuing line.” Later, they continued, “My gender identity does not relate to my sexual orientation even remotely. I identify as both non-binary and pansexual, which is just a fancy way of saying ‘I don’t care’.”

At just age 12, model and actress Ruby Rose came out as a lesbian. In terms of her gender identity, Rose told The Guardian that she was convinced she was a boy while growing up and had initially saved money to undergo the transition from female to male. She said, “It was in my mind as something I wanted to do and then I just… didn’t. I guess I grew out of it. I even used to sleep on my front because I didn’t want to get boobs ever, which I think worked actually.” Shortly after revealing her prior plans, Rose told People magazine that she was glad she didn’t undergo surgery. She said, “I’m a woman … I want to have babies one day, so I’m glad I didn’t make changes earlier in my life.” It was a flourishing career as a model that led to Rose discovering androgyny — the in-between of male and female expression — and later discovered that she is genderfluid. “I am very gender fluid and feel more like I wake up every day sort of gender neutral.” Rose has stated that she prefers to continue using she/her pronouns but also uses they/them.

Similar to Rose’s experience, American drag queen and Rupaul’s Drag Race contestant Danny Noriega — known by his stage name Adore Delano — came out as gay at 12 years old. In a public YouTube video, “My Coming Out Story With Mom!,” Delano said that she is not opposed to dating women. In November 2019, Delano came out as non-binary and reassures that she uses any pronouns. She tweeted, “I constantly respond to people that I don’t mind which pronouns they use while addressing me, but that doesn’t move focus away from the importance of how others feel about their own pronouns. Respect all & remember it’s really just about intent.” Speaking to Billboard, Noriega said that gender “isn’t a real thing… it’s just something they came up with to categorize and control people.”

Jonathan Van Ness — whom you might recognize from Netflix’s Queer Eye — never truly had a public “coming out” moment, but identifies as non-binary. Speaking to Out, Van Ness said, “Some days I feel like a man, but then other days I feel like a woman. I don’t really — I think my energies are really all over the place. Any opportunity I have to break down stereotypes of the binary, I am down for it, I’m here for it.” When asked if he identifies with non-binary more as an adult, Van Ness commented, “Well like, no. I just didn’t know what the name was. I’ve been wearing heels and wearing makeup and wearing skirts and stuff for a minute, honey. I just like didn’t know that that meant — that I had a title.” Although Van Ness has stated a preference for using the pronouns he/him, he has also used she/her and they/them interchangeably.

Go forth and celebrate, you beautiful gender non-conformists!