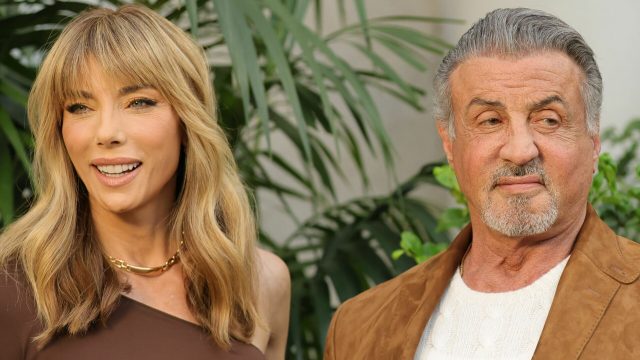 It looks like Sylvester Stallone and Jennifer Flavin have managed to reconcile their differences after struggling through a rough patch in their 25-year-long marriage that nearly ended in divorce.

The couple attended the premiere of Sly’s new show, Tulsa King, along with two of their three daughters, Sophia, 26, and Sistine, 24. On the red carpet, Stallone told ET that having his family with him is “what it’s all about.”

Flavin filed for divorce back in August, citing a “waste of marital assets” by her husband, which he later denied, ET reports. Before then, a cover-up of a tattoo of Flavin by the 76-year-old actor, followed by the model unfollowing her husband on Instagram, had already sparked rumors of a split.

At the time, there were also reports of the two fighting over Stallone wanting another dog, which his wife wasn’t keen on. In October, it was revealed that the Rottweiler named Dwight had since grown on Flavin and that their marriage was back on track.

Stallone opened up about the marital contentions, saying “I used to have my priorities all screwed up, you know, work came first.” He stated that he’s “[come] out of that delusional thinking,” and realized it’s his family that “comes first.”

The Stallones have a reality show coming out soon on Paramount Plus, which was filmed over the summer. The couple’s quarrels will be featured on it, the Rocky actor told The Hollywood Reporter.

“Of course it’s part of the show. It’s the John Lennon thing: “Life is what happens when you’re making other plans. Hopefully, you’re involved with people who understand the foibles of life and the fragility of it and how rare a real good relationship is”

There is no official release window for the reality series yet. Until then, fans can follow Stallone’s adventures as an exiled mobster when Tulsa King arrives at Paramount Plus Nov. 13, and in Guardians of the Galaxy Vol. 3, releasing May of next year.