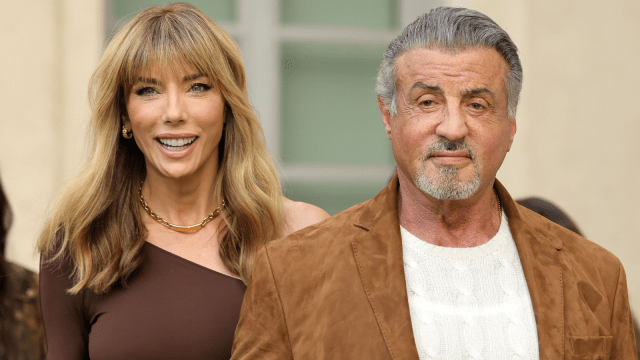 In what is sure to be a cautionary tale about co-parenting fur-babies, Sylvester Stallone and Jennifer Flavin’s marriage is reportedly back on the straight and narrow, as is the ownership of their Rottweiler that was a key cause of said marital problems.

Stallone reportedly brought the dog home earlier this year and Flavin wasn’t particularly impressed with the decision, which was the catalyst for a proverbial can of worms opening and unearthing a conversation about deeper relationship problems for the couple, according to an unnamed insider speaking with Mirror.

The argument went as far as Flavin filing for divorce back in August, but TMZ is now reporting that she and Stallone are giving the marriage another chance and that the pup, named Dwight, has since grown on Flavin.

Stallone denied things playing out the way they did because of Dwight, saying that such a trivial argument hadn’t temporarily ended his 25-year marriage, but that the couple had simply gone in different directions.

We’d probably be forgiven for thinking otherwise, considering Stallone tattooed over the portrait of his missus on his shoulder with a piece depicting the pooch.

Regardless of the circumstances surrounding the temporary split, let this be a lesson to all would-be pet-owning couples – if you’re not both on board, it’s probably not the best idea. Still, we’re glad to hear that Dwight has a forever home and didn’t end up being a regretted impulse buy.

Stallone can now hopefully focus back up on the undoubtedly action-packed ensemble film The Expendables 4, set to release on Sept. 22 next year, however, the film will still reportedly be missing a key star.