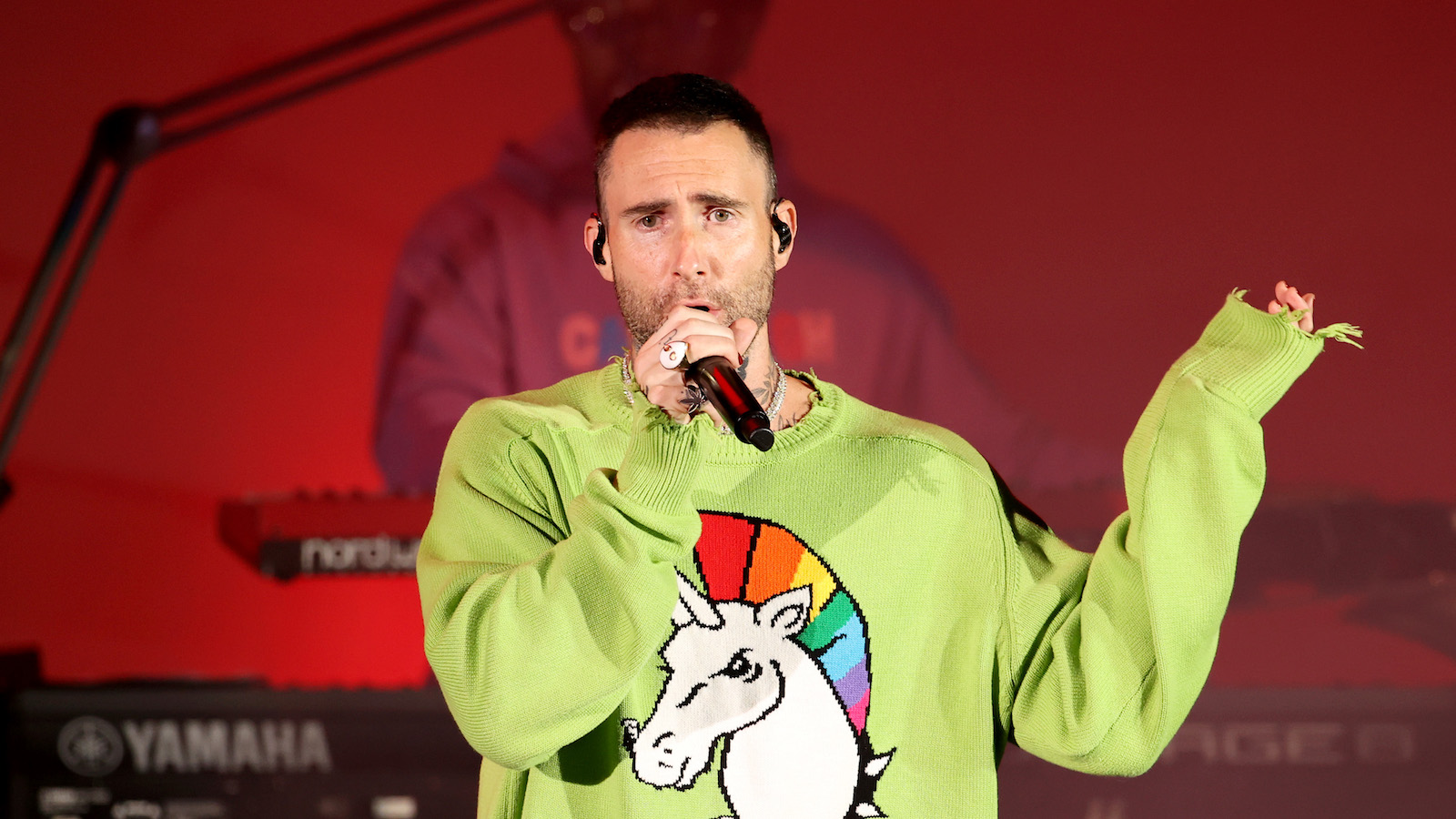 The Maroon 5 singer is amongst the top trending names on Twitter for all the wrong reasons.

Instagram model, Sumner Stroh, alleged that she had an affair with Adam Levine, who is married to supermodel Behati Prinsloo.

The allegations came about yesterday when Sumner Stroh posted a video on TikTok explaining her relationship with the singer and showing messages between the two, one of which clearly shows Levine stating, “It’s truly unreal how fu**ing hot you are!”

Levine, who wed Prinsloo in 2014 and has two children with her and one on the way, responded to the allegations today.

Posting on his Instagram story, Levine states, “I did not have an affair, nevertheless, I crossed the line during a regrettable period of my life.”

Page Six reported that they spoke to Stroh, and she explained the affair took place last year, making one wonder if Levine’s regrettable period of his life he is referring to is the period he’s living in now. Sumner also said that the affair lasted for about a year.

Levine doesn’t deny contacting the model, however. In fact, he explains, “I used poor judgment in speaking with anyone other than my wife in ANY kind of flirtatious manner.”

Responding to Levine claiming that he did not have an affair, Stroh posted on her Instagram stories by saying, “Get this man a dictionary.”

Levine did not address the allegation that he asked Sumner if he could name his child with his wife after her. Yes, you read that right. The same messages that Sumner showed on her video, the ones that forced Levine to admit to the flirtatious behavior, also clearly show him asking, “Ok serious question. I’m having another baby and if it’s a boy I really wanna name it Sumner. You ok with that? DEAD serious.”

It’s possible that his wife would have preferred to be asked, “You ok with that?” instead.

Ever the egotist, the Maroon 5 singer (who now might consider being Maroon 4) commented that both he and Sumner are “50 times hotter in person,” which debunks his claim that the pair only exchanged messages.

Levine, who clearly cares a lot about the attractiveness of other women, stated, “My wife and my family is all I care about in this world.”

Stroh posted another video on TikTok where she apologized to Prinsloo, stating that she now fully realizes that she is not the victim.

Levine ended his statement with, “To be this naive and stupid enough to risk the only thing that truly matters to me was the greatest mistake I could ever make. I will never make it again. I take full responsibility. We will get through it. And we will get through it together.”

Those who responded to the news included the hosts of The Talk, who today discussed the story. Co-host Jerry O’Connell decided to make one particular point which may always wonder when it comes to these situations. He simply asked about Levine’s DMs, “Why would you put anything in writing?”

Longtime The Talk co-host Sheryl Underwood said, “I’m having another baby and I want to name him after you. WHAT?!”

Best of luck to Prinsloo. Just let her name the baby.