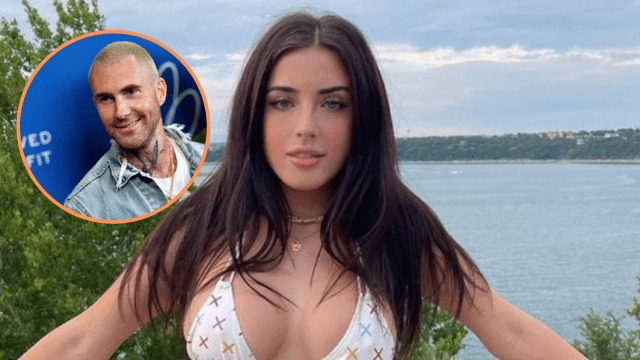 Sumner Stroh has made huge headlines after alleging she was the woman who Marron 5’s Adam Levine cheated with whilst married. Breaking the news on her TikTok of all places, many are confused as to who exactly she is, and if the story has validity.

Telling the tale of a rock star’s infidelity is huge news, and now we can give you all the information you need to know about Stroh and the accusations.

Who is Sumner Stroh?

Stroh is a Texas-based fashion model who has crossed the streams into becoming a social media influencer, with her boasting a large following on both Instagram and TikTok. Currently sitting at 353,000 followers on Insta, and over 356,000 on her TikTok account. 23 years-old, she claims to have graduated from University of Texas, though there doesn’t seem to be any proof of what she majored in.

Repped by Verge Agency, she has also got a large following on her OnlyFans as well as a YouTube account. Despite being mostly unheard of by most of the masses of the internet, she’s now been shot into the limelight.

Did Adam Levine cheat on Behati Prinsloo with Sumner Stroh?

Claiming to have had sex with Levine in a TikTok video, Stroh alleged she was feeling “exploited” by the singer due to her being “young and naïve”, she feels as though she was manipulated into the affair out of hopes of making it in the industry.

“Essentially, I was having an affair with a man who’s married to a Victoria’s Secret model. At the time, I was young and naive. I mean, quite frankly, I feel exploited. I wasn’t in the scene like I am now, so I was definitely very easily manipulated, Maroon 5 is practically elevator music at this point, so I’m sure you know who Adam Levine is.

“But, Adam and I were seeing each other for about a year. After I stopped talking to him over a period of months, this is how he came back into my life.”

The two-minute long TikTok also saw her show the messages which had Levine allegedly wanting to name his next child “Sumner” after her, with various text screenshots displaying their interactions. Stroh’s claims are yet to see a response from Levine, Verge Agency, or Maroon 5 as a group.

Stroh says she is aware of the potential stigma against her claims, with her referencing her job as a model and adult content creator online. She also says a friend had tried to sell her story to a tabloid, which is what caused her to reveal her story to the world.

“I wanted to handle this privately, I never wanted to come forward because obviously, I know the implications that come with doing what I do – making money the way I do and being an Instagram model.

“So being tied to a story like this… I know stereotypes. I had sent some screenshots, recklessly, to a few friends I thought I trusted and one of them had attempted to sell [the screenshots] to a tabloid, so here I am.”

Stroh later made a part two of her video addressing several further questions from viewers on the alleged affair.

We Got This Covered has reached out to Verge Agency for comment.