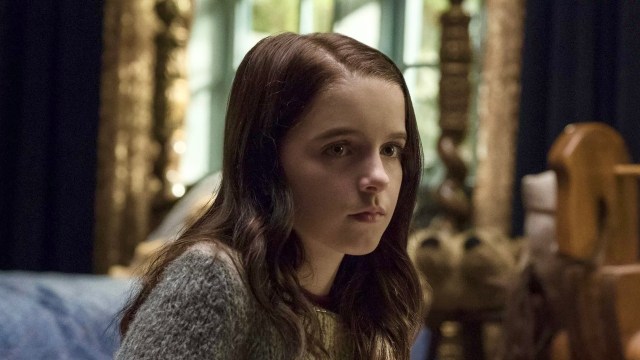 There’s an ongoing gag on social media that McKenna Grace has played the younger version of practically every notable actresses on screen, and rightly so. Beginning in 2013, she has been the go-to youngster to portray the childhood counterpart of characters played by high-profile actresses across a wide variety of film and television genres.

Speaking to Variety about the recurring observations, Grace was happy to have received the attention, stating that she has learned a lot from these talented women.

“It’s just recently that I’ve started thinking about that a ton. I’ll get tagged in TikTok memes, like, showing me next to all of the characters that I’ve played. It’s really funny. I don’t know how that ended up happening. But I’m really glad that it did, because I definitely got to learn from all of the actresses that I played younger versions of.”

Grace is now 16 and recently starred in a leading role in her first major budget project, the supernatural comedy, Ghostbusters: Afterlife, and also made her foray into the music industry. She has several projects under her belt and is the recipient of numerous awards for young actors. Here are all the younger versions of major characters that she’s taken on in her already lengthy career, from the superhero blockbuster Captain Marvel, to the acclaimed horror series, The Haunting of Hill Manor, and an Oscar-winning biopic.

Her turn as a younger version of Brie Larson’s Carol Danvers had very limited time on screen, but the talented Grace managed to capture a wide range of emotions, including rage, as the budding superhero.

In the critically acclaimed biopic, Grace stars as the younger version of former professional figure skater, Tonya Harding, who is played by Margot Robbie. Grace previously shared that this role has been her most challenging to date, as she actually learned the sport in order to provide a more authentic character representation.

Kiernan Shipka took on the latest reimagining of the iconic teenage witch in Netflix’s Chilling Adventures of Sabrina in 2018. Casting Grace as a younger Sabrina Spellman in the first season was met with positive reviews from fans, who noted that the two actresses bear a striking resemblance.

In the 2021 horror film, Malignant, British actress and Peaky Blinders alum Annabelle Wallis stars as the deeply troubled Madison Mitchell who foresees murders before they happen. Grace appears in flashbacks as the chilling younger version of Madison, a role that had the actress stretch her capabilities to channel a darker character than previously seen.

While Scoob! is an animated offering, Grace voices the younger version of the fashionable Daphne Blake. Emmy-winner Amanda Seyfried voices the present-day character.

The Goodwin Games was a short-lived Fox sitcom that starred Becki Newton as Chloe, one part of a trio of estranged siblings who must compete in a series of games in order to win a huge inheritance from their father. Sabrina Carpenter co-starred as a younger version of Chloe for six episodes, while Grace appeared in one episode, as an “even younger Chloe.”

Fans of The CW’s hit supernatural drama will recall Grace’s two-episode appearance as a young Caroline Forbes, a fan-favorite character made popular by actress and singer Candice King. In one of the most emotional scenes in the series, Caroline’s mother is on her deathbed, and Grace appears in a flashback, learning how to ride a bike, with her onscreen mother taking care of her before and after her bike crashes.

Another of Grace’s standout roles is playing the younger Emma Swan in Once Upon a Time, ABC’s fantasy drama. Jennifer Morrison played the modern day character, and Grace’s emotional depth as an actress was on full display during her four-episode appearance.

The Haunting of Hill House received critical acclaim for its acting, directing, and unique storyline. Seeing as the film constantly went back and forth between two timelines, Grace had time to shine as an actress. She starred as the younger version of scream queen Kate Siegel’s psychic character, Theodora James, and delivered a lauded performance.