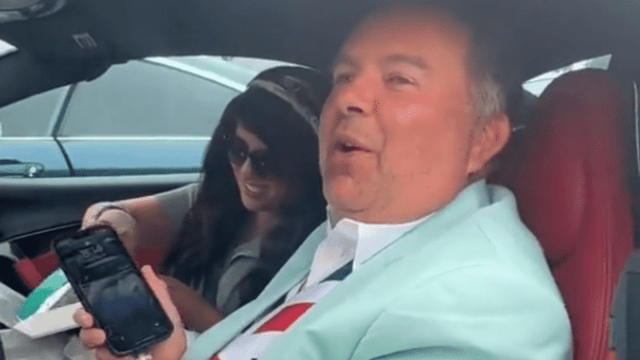 Apple may make an effort to exude chill vibes, progressiveness and a customer-first mindset whenever it enters the public eye, particularly during its various product launches throughout the year, but that facade was somewhat poo-pooed by one of its higher-ups Tony Blevins recently after he was approached by Tiktoker Daniel Mac and asked what he does for a living.

While most of the luxury car-owning moguls the content creator has approached in the past have given broader or more PR-friendly answers to his questioning, Apple’s now-former VP of Procurement Tony Blevins went for a slightly different approach, telling the Tiktoker he “drives rich cars, plays golf and fondles big-breasted women”. Classy!

The disgraced executive continued on to say he takes weekends and major holidays off, and has one hell of a dental plan, apparently.

The remarks Blevins made to the creator at the Pebble Beach car show were a pretty dated and poor-taste for 2022 reference to the 1981 movie Arthur. Unsurprisingly, After 22 years with the global tech giant, Blevins is going to be stepping away from the company according to Bloomberg, who followed up with the tech giant.

Blevins also said the following to Bloomberg about the incident:

“I would like to take this opportunity to sincerely apologize to anyone who was offended by my mistaken attempt at humor.”

During his tenure at Apple, Blevins was the man tasked with striking deals with component manufacturers such as the likes of Qualcomm and Intel for use in Apple devices.