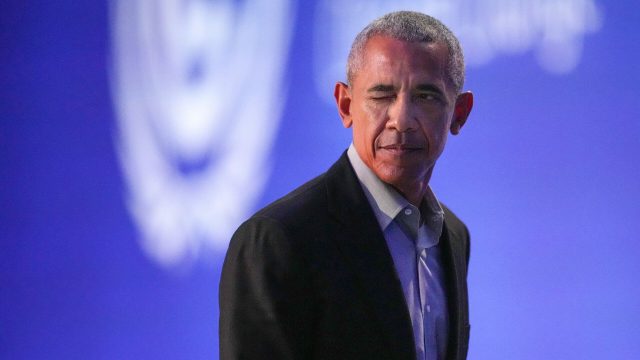 With today’s Emmy announcements, we’re pleased but not surprised that Barack Obama scored his first nomination.

In the Outstanding Narrator category, Obama is nominated for his work in the Netflix documentary series Our Great National Parks, which aired its first episode in April this year. The show takes viewers on an adventure through the most mesmerizing and beautiful national parks worldwide.

With Obama’s narration, Netflix’s five-part docuseries has been a hit for those who love the beauty and majesty of the great outdoors.

While the series absolutely highlights the beauty around the world, it also brings us face to face with everything that threatens to destroy it. From endangered species to Chilean Patagonia — it’s a must-watch for anyone with the itch to see the world.

In addition to becoming an Emmy nominee, Obama already has two Grammys under his belt. If he wins the category this year, he’ll be halfway to becoming one of the few people to achieve EGOT status and the first president to do so.

So what exactly does it mean to EGOT? Those with the highly coveted title have each won an Emmy, Grammy, Oscar, and Tony Award. As you can see, it’s not an easy feat; in fact, only 17 people have achieved it. Audrey Hepburn, Mel Brooks, and Jennifer Hudson are a few to hold the title, while only one person has ever scored the title of double EGOT: songwriter Robert Lopez.

Obama’s Grammy wins come from the 2006 and 2008 awards, and with a 2022 Emmy win — he’ll earn the title of EGOT winner in no time. You can watch Our Great National Parks on Netflix and listen to Obama narrate your magical trip worldwide.