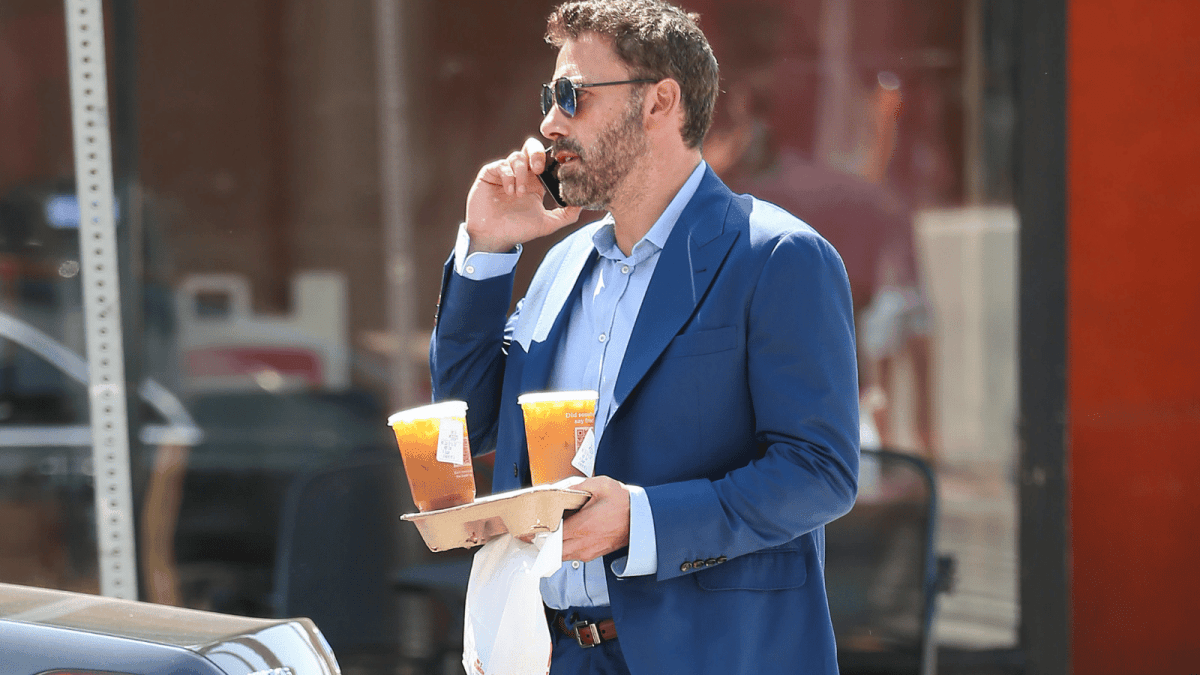 Whether it be a loyalty program, lovely people behind the counter, speed, convenience, or all of the above – we all have our favorite coffee shop or chain inextricably woven into our morning rituals, even if there are potentially better options available to us. If and when we break away from that norm, there’s a sense of guilt that overcomes us for slighting our favorite business.

Ben Affleck may potentially be feeling similarly after being spotted cheating on his allegedly favorite coffee chain Dunkin’ Donuts with Starbucks while out on the town with his wife Jennifer Lopez. To be fair, he appears to be enamored enough with Lopez to probably not give two shakes about where he’s gotten his caffeinated beverage from.

Still, for a guy who has been actively spreading the gospel of Dunkin’ for the past few years, it was definitely eyebrow-raising to see the Batman vs Superman actor defect to the green caffeine team for the day. Perhaps the differentiating factor is Lopez, either making Affleck see the light or insisting that they go to her preferred coffee shop that day. In any case, the pair don’t seem to have a care in the world while walking arm in arm. Dunkin’ Donuts may feel differently, though.

Affleck’s tenure as Bruce Wayne may well be at an end, despite Jason Momoa teasing his return for Aquaman and the Lost Kingdom, after a recent rumored test screening of the film didn’t feature the actor donning his cowl once more. Lopez, on the other hand, recently announced the track listing and cover art for her upcoming album This Is Me…Now.