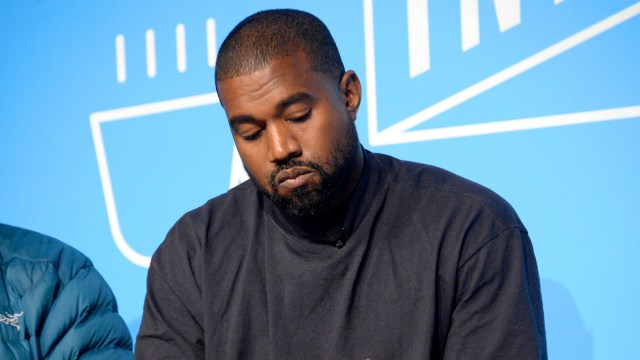 Never one to shy away from controversy, Kanye West — who legally changed his name to “Ye” in October 2021 — has been dropped from a slew of sponsors following antisemitic hate speech in recent interviews and via social media.

Facing a €250 million, or $251.75 million negative impact on sales, footwear giant Adidas announced the end of their partnership Tuesday in a press release, citing West’s recent behavior as the reason.

“Adidas does not tolerate antisemitism and any other sort of hate speech,” the company said. “Ye’s recent comments and actions have been unacceptable, hateful and dangerous, and they violate the company’s values of diversity and inclusion, mutual respect and fairness.”

Other companies cutting ties with the rapper include talent agencies Endeavor, CAA and UTA; luxury fashion house Balenciaga; studio MRC — who was filming a documentary about him — shoe retailer Foot Locker; and clothing retailer Gap.

Following Adidas’ announcement, Foot Locker said they would “not be supporting any future Yeezy product drops, and we have instructed our retail operators to pull any existing product from our shelves and digital sites.”

This is only the latest controversy surrounding the “Heartless” singer. Here’s a breakdown of his most controversial statements or moments.

West and Kim Kardashian’s bitter divorce has taken center stage on social media, with the rapper and model spewing their hatred for one another on every major platform.

The rapper was upset that his daughter North was appearing in TikTok videos alongside her mom. Instead of discussing the situation with his ex-wife privately, he struck a low blow on Kardashian’s parenting style and previous marriages. Posting on Instagram — since he was banned from Twitter — “SINCE THIS IS MY FIRST DIVORCE I NEED TO KNOW WHAT I SHOULD DO ABOUT MY DAUGHTER BEING PUT ON TIK TOK AGAINST MY WILL?”

In response, Kardashian said she is “allowing her (North) to express her creativity in the medium that she wishes with adult supervision – because it brings her happiness.”

“Kanye’s constant attacks on me in interviews and on social media is actually more hurtful than any TikTok North might create,” Kardashian told Fox News.

The Concert for Hurricane Relief was an hour-long benefit concert to help support Hurricane Katrina relief efforts. Going off-script, the rapper, who was visibly upset, made the controversial claim after first claiming that black people were being ignored and that “they’ve given them permission to go down and shoot us.”

As Taylor Swift accepted the Best Female Video award for “You Belong With Me” during the 2009 MTV Video Music Awards, West shocked Swift and everyone watching from home by going on stage, taking the microphone from her hand and declaring that Beyoncé deserved the award.

The horrifying moment set off a lengthy feud between the two singers, which seemed to be over in 2015 when Swift presented West with a Video Vanguard Award during the 2015 MTV Video Music Awards. The feud was back on in February 2016, when West released his song “Famous.”

“I feel like me and Taylor might still have sex. Why? I made that bitch famous,” West says in the lyrics.

Comparing himself to Jesus

Posing for Rolling Stone magazine, West compared himself to Jesus Christ, going as far as donning a crown of thorns and posing with fake blood on the controversial cover. In the article, West says that, like Jesus, he had to “fight for recognition” and “suffer for his success.”

Feud with Justin and Hailey Bieber

After being called out by Vogue fashion editor Gabriella Karefa-Johnson for the questionable “White Lives Matter” shirts his models wore during Paris Fashion Week, West criticized Karefa-Johnson for her weight and attacked her credibility. Numerous celebrities came to the fashion editor’s defense — including Hailey Bieber — who said she has a lot of respect for her friend.

West responded by attacking Hailey’s looks. He also posted a photo of the model with her former boyfriend Drake, along with a caption directed at Justin Bieber, saying, “Get your girl before I get mad. You spose to be my friend right.”

Referencing Candace Owens’ disputable documentary, The Greatest Lie Ever Told: George Floyd and the Rise of BLM, West claimed that Floyd died of a fentanyl overdose instead of police brutality.

Discussing George Floyd, the man who was murdered by former Minneapolis policeman Derek Chauvin in 2020, West made the claims during an appearance on Revolt TV’s Drink Champs podcast.

“If you look, the guy’s knee wasn’t even on his neck like that,” West claimed.

Floyd’s family has since filed a $250 million lawsuit against the “Gold Digger” singer.

Slavery was ‘a choice’

Appearing on TMZ Live in August 2018, the contentious hip hop artist said slavery was a choice, igniting outrage among the TMZ staff and viewers watching.

“When you hear about slavery for 400 years. For 400 years? That sounds like a choice,” West said.

“Frankly, I’m disappointed, I’m appalled and brother, I am unbelievably hurt by the fact that you have morphed into something, to me, that’s not real,” TMZ staffer Van Lathan told West during the video.

While West’s latest controversial woes aren’t the first, they won’t be the last either. With the rapper constantly receiving the spotlight in the world of showbiz, expect more drama to unfold as he will presumably lash out at the sponsors who dropped him and others who he deems wronged him throughout the ordeal.

Only time will tell, but those who crave attention and notoriety will do anything to keep the public eye directly on them.