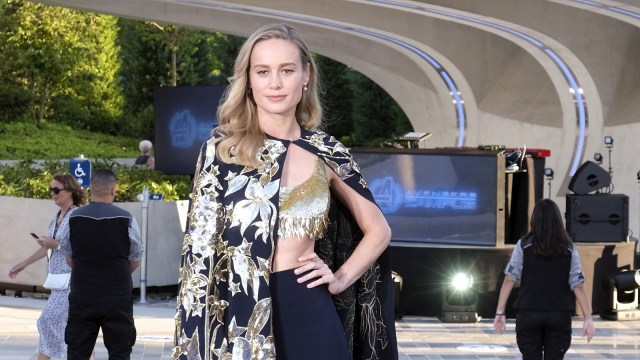 Yep, Larson proves even a regular coffee break can seem like an exotic European adventure.

“The theme is Francophile,” Larson tweeted while sharing a photo of some fur-decorated golden shoes and another snap of two lattes that featured French-themed barista art, one cup with the Eiffel Tower and another with the Arc de Triomphe.

We’re not sure if Larson was literally in France when she took the photos or if it’s just the vibe of the moment. However, Larson did visit Disneyland Paris earlier this year to surprise the Avengers Campus personnel, according to the Disney Parks Blog. Since that visit was back in July, the photos recently posted could easily be an example of a latergram. Or perhaps Larson went ahead and went back to France just for a spontaneous visit — we may never definitively know.

Either way, fans of the Captain Marvel actor immediately loved the caffeinated update.

“[D]id you get taylor swift tickets besties?” another user wrote in a nod to Larson’s penchant for covering Taylor Swift songs in her spare time.

“Magnifique,” another fan wrote while sharing a video go Larson speaking French herself.

“I mean you are the queen of Disneyland Paris,” another Twitter user wrote.

“How do I say Yass queen in french?” another fan wrote.

Stay tuned for all of your latest Brie Larson news.