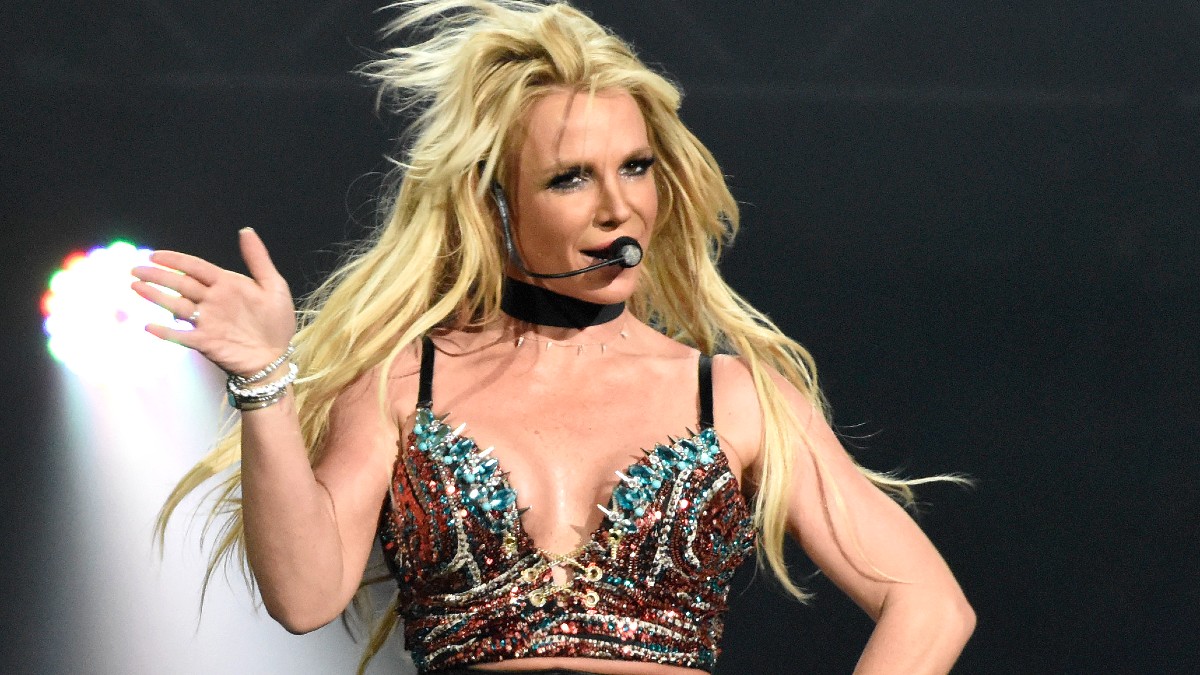 Britney Spears stans nearly had a flashback moment to 2007 when they woke up Saturday morning to news of their favorite celebrity having a meltdown in a San Fernando Valley restaurant. As TMZ reports, the singer was immediately recognized at JOEY Friday night and after noticing that she was being filmed, she started “acting ‘manic’ and began yelling and talking incoherently.

TMZ has since shared the video that one patron took of this “manic” behavior. After reading TMZ’s details about the story, what fans expected was an irate celebrity throwing plates and screaming with foam coming out of her mouth. The video that TMZ shared was its chance to prove that its details were true, honest, and fair. However, the video falls short of that as viewers are simply invited to watch as Britney holds up a menu to block her face.

Another part of the TMZ report details how her husband, Sam Asghari, handled the situation, “Sam couldn’t take it anymore and stormed out of the restaurant.” As his alleged reaction has been contributing to the seemingly unnecessary hype, Sam was forced to take to Instagram stories and address the rumors, “Don’t believe what you read online people.”

In an Instagram video, which is most likely the Princess of Pop’s answer to all the headlines making the TMZ report viral, she is seen dancing to “I Touch Myself” by the Divinyls as she laughs and throws out heart signs before giving the camera a good old fashioned middle finger.

If the video TMZ is sharing stands as the only proof of this so-called “meltdown,” it’s clear that it’s a false campaign against Britney that fans won’t forgive. She has been through enough and her fans are by her side no matter what at this point because they’ve been sufficiently informed of the abuse and mental torture she has had to endure.

In a very real sense, there stands an Army ready to defend her. It’s no secret Britney has some of the most real fans a celebrity has ever come across.

Fans aren’t blind and they can’t be easily manipulated either. They can see what’s going on and are ready to call out the media outlets on it.

Calling out TMZ on their faulty reporting is exactly what this story needs.

It’s true that she’s had issues in the past and they have cost her a lot. However, she’s fought through everything that’s been thrown at her, and she continues to shine. What the campaign against her is about is anyone’s guess, but that’s what should be questioned. Not why Britney held up a menu to block her face while a rude patron filmed her without even asking.