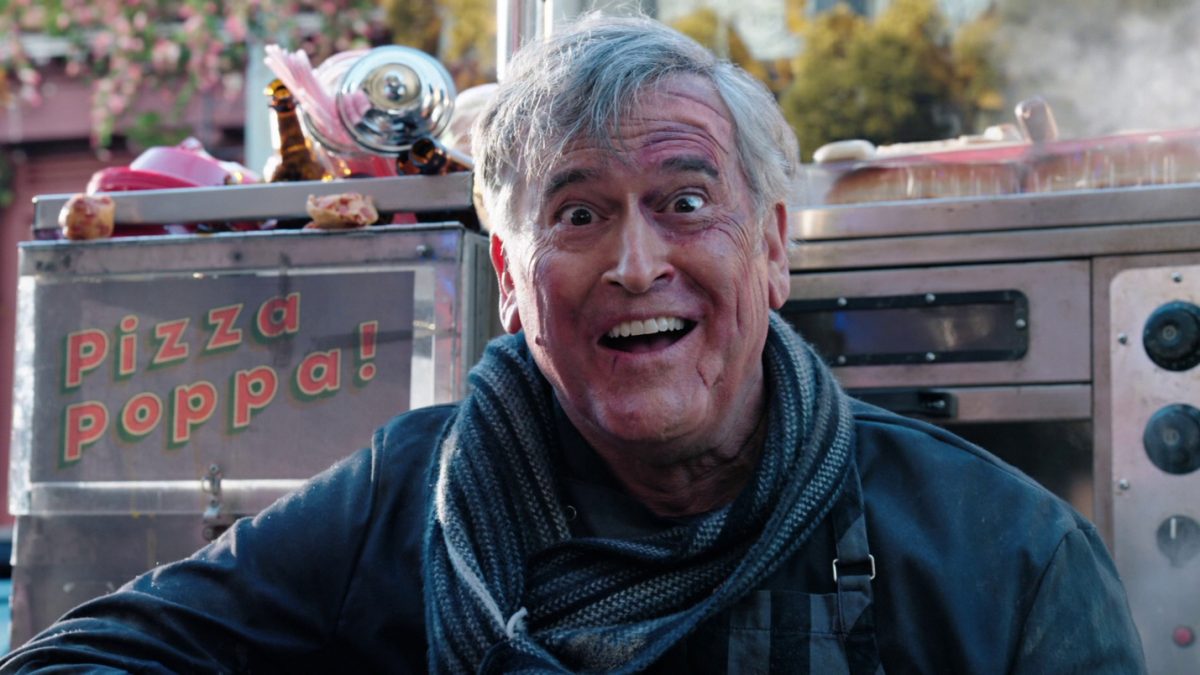 As the list of nominees for the 95th Edition of the Academy Awards rolls in, plenty of discussions have arisen in light of all the names missing from the nomination list. From Seth Rogen in The Fablemans to Batman‘s snubs, the academy’s choices have not been met with kindness. One particular name that was very clearly missing was that of none other than Pizza Poppa himself.

If you may recall, in Marvel’s Doctor Strange: Multiverse of Madness, Bruce Campbell played the iconic food stall purveyor, trying to get his money back for the ‘stolen’ pizza poppa bites. Needless to say, Campbell’s spectacular performance took an even larger turn when the actor had to hit himself several times upon being cast a spell that forced the seller to harm himself for three weeks straight. This award-worthy performance is as dear to the audience as it was to Campbell, who is vehemently upset at this very obvious Oscar snub.

The hilarious cameo by the legendary horror actor, although a gig partaking in the many MCU gags across the franchise, is also the target of many jokes around fans, who just had to take the opportunity to punch in a joke or two about the situation.

In addition to his cameo in the film as Doctor Strange and America Chavez stroll around the streets of New York, Pizza Poppa actually had a deleted scene that was supposed to have been added as a post-credit scene. Naturally, that too was a target of several comments mentioning the utmost importance of Campbell’s role in the Marvel Cinematic Universe.

Why would they delete this? This is the best hint at what’s to come for this phase and a much needed one. Pizza Poppa is the next Thanos!

The fact that this didn’t end with “Pizza Poppa Will Return” is a travesty.

While the lack of nominations for this untouchable act is absolutely mind-boggling, the Pizza Poppa will certainly never be forgotten for his service, and for many, he will remain the next Marvel villain in their hearts.