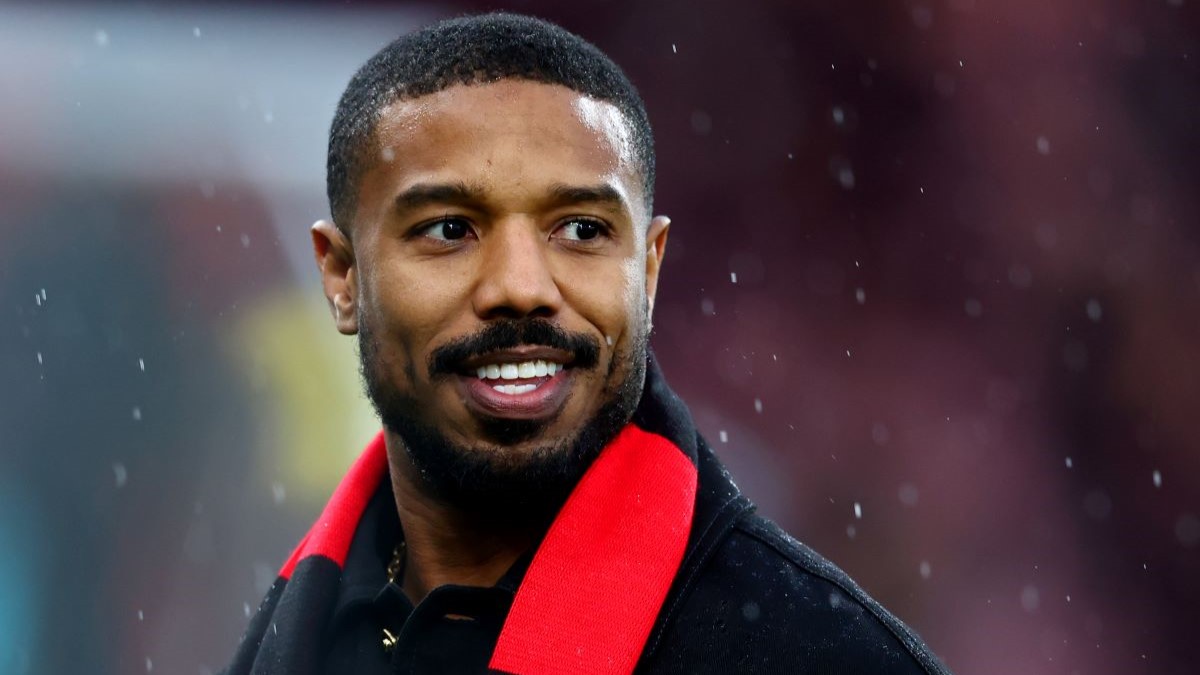 Michael B. Jordan is most recently known for his MCU role as Killmonger in Black Panther and Black Panther: Wakanda Forever, but now he has a whole new game. As part owner of A.F.C. Bournemouth, the premier football club of Bournemouth, England, he attended the match against Crystal Palace today to show his support for the team.

Just to make things clear, Bournemouth plays the game where the round ball is kicked around the field and the use of hands is strictly forbidden. Americans call that game soccer, short for association football. However, most of the world calls the game played with the feet “football,” and Michael B. Jordan has used some of his $25 million net worth to buy into the club, but he doesn’t have any intentions of being a silent partner who has no clue how they’re doing or who they play next.

He showed up in style to shake hands with the fans. Sadly he watched his team lose 0-2, but that’s no big deal; you can’t win them all.

His showing up to actually watch the game is reminiscent of Drake, who is a longtime supporter of the Toronto Raptors, only he’s not an investor in the team. However, because of his mad support, he was promoted to an ambassador, and more currently, he’s been given the full reigns to completely rebrand the team. The only restriction he has is that he can’t rename them, which was probably furthest from his mind.

However, one fan pointed out Drake’s support of Manchester United. The fact is he also likes Liverpool and Chelsea, so it’s any given day for Drake. It’s all day, every day for Michael B. Jordan and Bournemouth.

Some fans know all about the new Bournemouth partner and his life long before Black Panther. One of his most notable roles was when he starred as Wallace in The Wire back in 2002. From portraying a young drug dealer from the streets of Baltimore to being a part-owner of a football team, he hasn’t done that bad for himself.

Of course, attending the game and watching them lose isn’t the best experience. If only his appearance there had inspired the team to a new ball-kicking level, he would have had more reason to smile today.

Doesn’t it seem like a trend for celebrities to break into sports ownership? Ryan Reynolds and Rob McElhenney own Wrexham. Matthew McConaughey owns Austin FC while Will Ferrell owns Los Angeles FC. Now Michael B. Jordan is giving it a go with Bournemouth. There must be some memo going around Hollywood that it’s the new trend.